Democrats demand cache of documents from more than 80 agencies, people and entities related to Trump 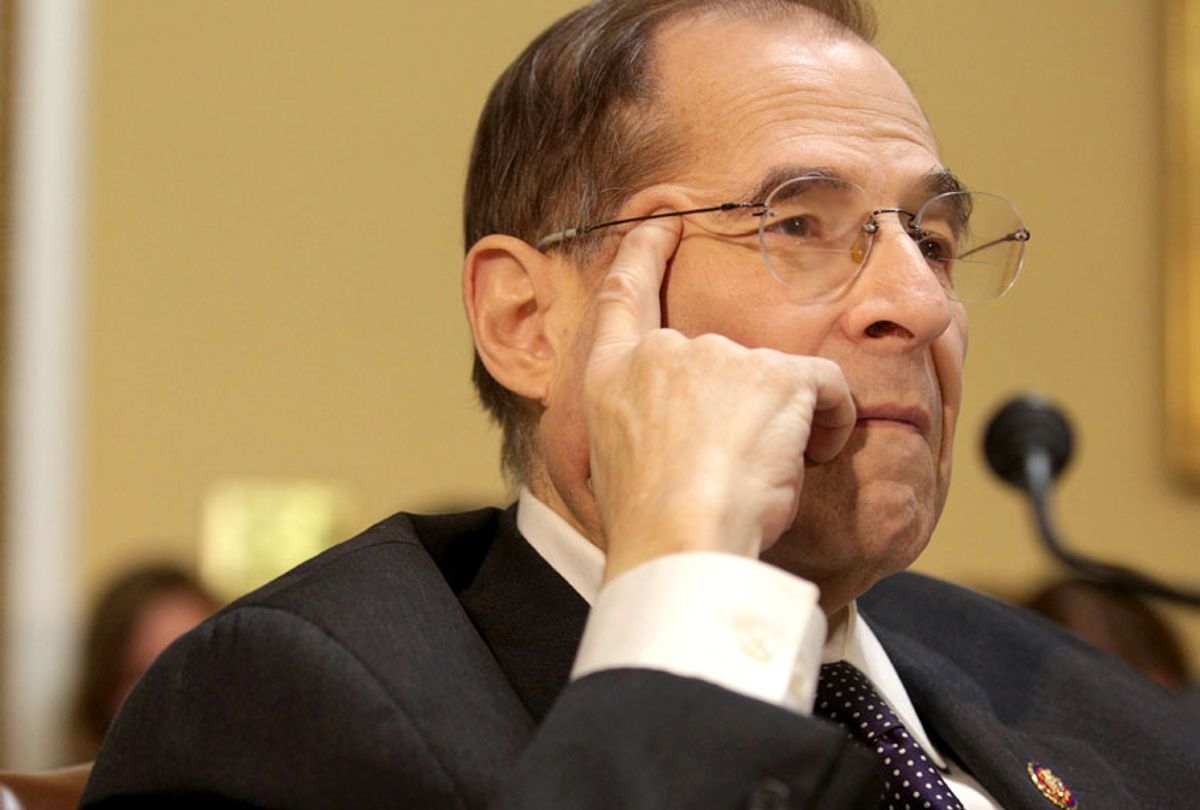 Democrats on the House Judiciary Committee launched a sweeping new investigation into President Donald Trump on Monday, demanding documents from the White House, Trump's namesake company, charity, 2016 campaign, transition team and inaugural team, as well as several longtime associates of the president and his family.

Chairman Jerrold Nadler, D-N.Y., and Judiciary Democrats kicked off their wide-ranging probe into the president less than a week after the president's former personal attorney and personal "fixer" Michael Cohen delivered a dramatic testimony against him on Capitol Hill. Nadler said the investigation will examine alleged obstruction of justice, public corruption and abuses of power.

In a statement, Nadler accused Trump of evading "accountability for his near-daily attacks on our basic legal, ethical and constitutional rules and norms."

"Investigating these threats to the rule of law is an obligation of Congress and a core function of the House Judiciary Committee," Nadler said. "We have seen the damage done to our democratic institutions in the two years that the Congress refused to conduct responsible oversight. Congress must provide a check on abuses of power."

Nadler first announced that the committee intends to issue document requests on Sunday, telling George Stephanopoulos on during an appearance on ABC News that it was "very clear that the president obstructed justice" by firing Comey.

The White House said Monday that it has received the request and would respond at the "appropriate time."

The committee also requested documents from former Attorney General Jeff Sessions, who was a surrogate for Trump's presidential campaign before leaving the Senate to serve in the Trump administration. Sessions was ousted by Trump the day following November's midterm elections, putting an end to a tumultuous partnership that the New York Times described as "one of the most acrimonious public standoffs between a commander-in-chief and a senior cabinet member in modern American history." Trump publicly scorched Sessions for over a year after the former attorney general recused himself from Mueller's investigation into allegations of collusion between the Trump campaign and the Russian government.

The House Judiciary Committee is also seeking documents from Allen Weisselberg, the chief financial officer of the Trump Organization who emerged as a key person of interest during Cohen's public testimony last week. Cohen testified to the Oversight and Reform Committee last week that Weisselberg would be able to support his claims that the president knew about the probed hush-money payments made to women alleging extramarital affairs with Trump during the 2016 presidential campaign in exchange for their silence, among other alleged business deals.

They are also requesting information from the Trump Organization, the Trump Foundation, Trump Transition and Trump Campaign, as well as documents from the parent company of The National Inquirer, American Media Inc. (AMI), which  has reached an immunity deal with federal prosecutors in Manhattan in order to serve as a key witness in their ongoing investigation into whether Trump made illegal payments to two women who claim they had affairs with him.

The committee is giving the recipients two weeks to comply with the requests, and plans to subpoena them if the individuals do not voluntarily respond, the Washington Post reported.

Nadler noted Monday that prosecutors in Mueller's office and the Southern District of New York are "aware" of the panel's probe, suggesting he took steps to make sure the document requests did not interfere with ongoing investigations linked to Trump.

"We have sent these document requests in order to begin building the public record. The Special Counsel's office and the Southern District of New York are aware that we are taking these steps," Nadler said in a statement. "We will act quickly to gather this information, assess the evidence, and follow the facts where they lead with full transparency with the American people."

"This is a critical time for our nation, and we have a responsibility to investigate these matters and hold hearings for the public to have all the facts," Nadler added. "That is exactly what we intend to do."