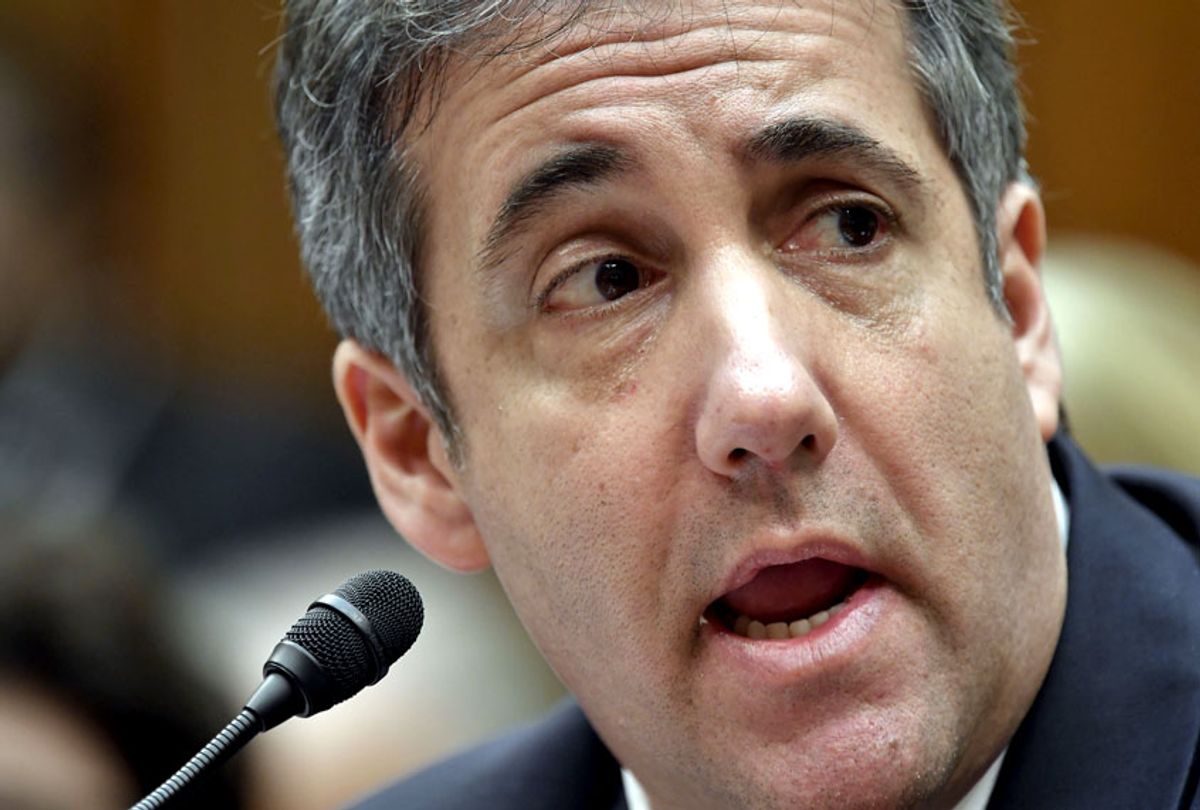 Cohen's bombshell disclosure came after Rep. Raja Krishnamoorthi, D-Ill., asked the former lawyer about his conversations with the president. Cohen said the last time they spoke occurred about two months after the FBI raided his home and office last April, adding that he was not at liberty to disclose what was said because of an ongoing inquiry.

"Unfortunately, this topic is actually something that is being investigated right now by the Southern District of New York, and I've been asked by them not to discuss and not to talk about these issues," Cohen said.

Krishnamoorthi pressed: "Is there any other wrongdoing or illegal act that you are aware of regarding Donald Trump that we haven't yet discussed today?"

"Yes," Cohen responded. "And again, those are part of the investigation that is currently being looked at by the Southern District of New York."

Cohen's testimony could be an ominous sign for Trump, suggesting law enforcement officials remain interested in the president and those around him. Hours before his former personal attorney was expected to describe him as a "conman" in a stunning 20-page statement, the president broke from his nuclear summit in Vietnam to fire back, denouncing Cohen as a liar.

"Michael Cohen was one of many lawyers who represented me (unfortunately)," Trump tweeted from Hanoi, the site of his second summit with North Korean leader Kim Jong-un. "He had other clients also."

"He was just disbarred by the State Supreme Court for lying & fraud. He did bad things unrelated to Trump," the president continued. "He is lying in order to reduce his prison time. Using Crooked's lawyer!"

Trump later retweeted his tweet in the middle of Cohen's testimony.

The Southern District of New York had probed hush-money payments made to women alleging extramarital affairs with Trump during the 2016 presidential campaign in exchange for their silence. Cohen pleaded guilty to campaign finance charges last year regarding those transactions. Cohen has talked in detail about that probe, so it is likely that he is alluding to another inquiry being pursued by the government. Federal prosecutors in New York recently issued a sweeping subpoena for documents related to donations and spending by Trump's inaugural committee.