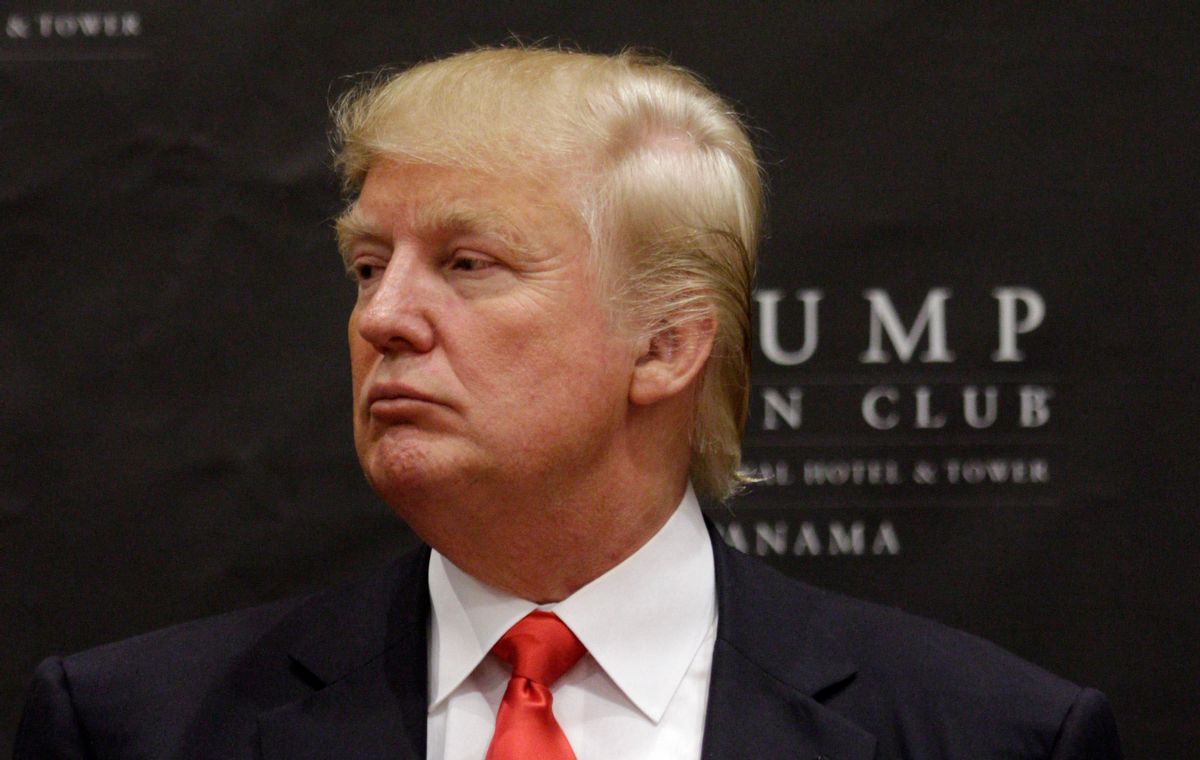 FILE - In this July 6, 2011 file photo, U.S. tycoon Donald Trump attends the inauguration ceremony of the Trump Ocean Club International Hotel and Tower in Panama City. The Miss Panama Organization and the Telemetro television channel say they wont participate in or broadcast the Miss Universe contest partly owned by Trump, joining several other Latin American nations in dropping out of the pageant in protest over his comments about Mexican immigrants. (AP Photo/Arnulfo Franco, File) (AP)
--

Federal prosecutors in New York have requested interviews in recent weeks with executives of the Trump Organization, CNN first reported in the lead up to President Donald Trump's annual inaugural address. As of Tuesday, it remains unclear what topics prosecutors may have been interested in uncovering.

Prosecutors with the U.S. Attorney's Office for the Southern District of New York have been conducting at least two seperate investigations in cases revolving around Trump's orbit. The prosecutors have been probing potential campaign finance violations by executives at the Trump Organization over the company's effort to reimburse the president's former lawyer and personal "fixer" Michael Cohen for payments he made during the 2016 election to buy the silence of two women who have claimed to have affairs with Trump. Cohen pleaded guilty in August and was sentenced to three years in prison in December. He is set to begin serving his sentence in March.

Allen Weisselberg, the chief financial officer of the Trump Organization, was granted immunity by federal prosecutors to discuss Cohen's case.

Federal prosecutors in New York are also reportedly probing Trump's presidential inauguration committee over allegations of financial abuses linked to the more than $100 million in donations raised for his inauguration — the most of any in American history. Prosecutors issued a sweeping subpoena to the committee on Monday, requesting documents about its donors, finances and activities, according to multiple reports. Officials are reportedly investigating a litany of potential crimes, including conspiracy against the homeland, making false statements, mail fraud, wire fraud, money laundering and whether any foreign actors donated to the organization in the name of another person and whether staffers on the committee were aware that it was illegal, according to CNN.

A spokeswoman for the committee said Monday that it would cooperate with the probe. Trump's attorney Rudy Giuliani said Tuesday that Trump "had little to no involvement in the inaugural committee," according to CNN.

The network also reported that prosecutors have interviewed at least two former Trump campaign officials. One of the officials was reportedly questioned last year about possible coordination between the Trump Organization and the campaign.