A new study proves once again: Nope, vaccines do not cause autism

There is no link between routine childhood vaccinations and autism. This really shouldn't be news, but it is 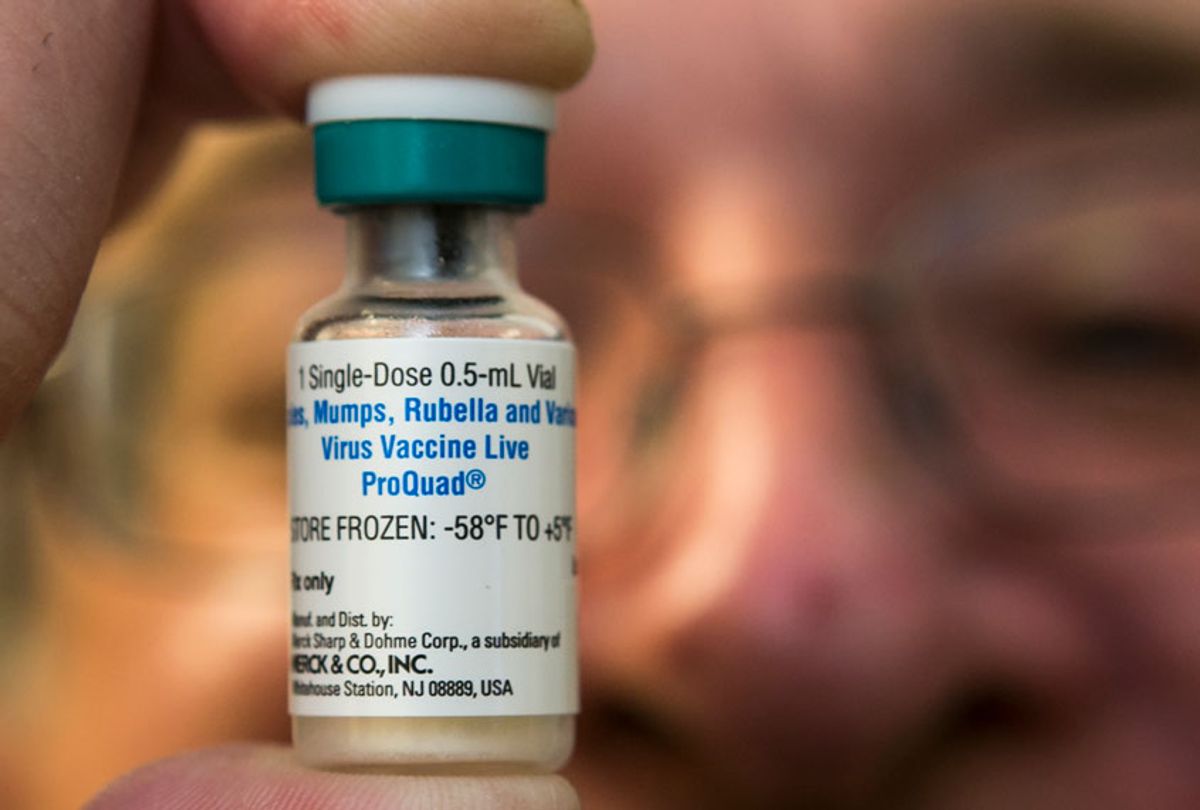 A pediatrician holds a dose of the measles-mumps-rubella (MMR) vaccine at his practice. (AP/Damian Dovarganes)
--

A new study has confirmed what scientists have been saying for years, with virtual unanimity: There is no link between the standard MMR vaccination given to children and autism.

"The study strongly supports that MMR vaccination does not increase the risk for autism, does not trigger autism in susceptible children, and is not associated with clustering of autism cases after vaccination," explained Drs. Anders Hviid, Jørgen Vinsløv Hansen, Morten Frisch and Mads Melbye in an article published on Tuesday in Annals of Internal Medicine, a peer-reviewed journal. "It adds to previous studies through significant additional statistical power and by addressing hypotheses of susceptible subgroups and clustering of cases."

The MMR vaccine protects children from measles, mumps and rubella and is used throughout the world to save the lives of millions of children. Despite its benefits, a movement has occurred against the vaccine based on the debunked research of Andrew Wakefield, a former gastroenterologist who was expelled from the profession and whose article was later retracted by the journal that published it. Every scientifically sound study of the subject published in the subsequent 20 years has confirmed that there is no connection between vaccine use and rates of autism.

The latest study followed Danish children born between 1999 and 2010 and raised by Danish-born mothers. Among 657,461 children included in the study, 6,517 were diagnosed with autism within the subsequent decade. There was no significant increase in rates of autism between children who received the MMR vaccine and those who did not, a major blow to the anti-vaxxer argument, given the significant size of the sample.

While there is no link between vaccines and autism, there is a significant threat to public when children go unvaccinated.

"Vaccine hesitancy means decline in vaccination rates, which could lead to more outbreaks of vaccine preventable diseases," Eve Dubé, a medical anthropologist and researcher at the Research Center of the CHU de Québec-Université Laval, told Salon by email. "Public health [officials] need to apply different measures to deal with outbreaks, which takes time and energy and diverts resources from other important public health issues."

Gary Freed, professor of health management and policy at the University of Michigan, expressed similar thoughts. "Any decline in immunization rates will result in an increase in vaccine-preventable diseases," he wrote by email. "We have the opportunity now to prevent so many life threatening diseases and have saved countless lives through immunization. It would be a travesty for children’s health if there were widespread outbreaks of diseases which can kill or permanently damage children."

There is also concerns among medical and public health officials that recent outbreaks of measles were linked to the rise in non-vaccinations among children whose parents have bought into inaccurate information about a hypothetical connection between vaccines and autism.