Donald Trump donated to several of the top 2020 Democrats: Why should we care?

In years past, Trump gave money to Joe Biden, Kirsten Gillibrand, Cory Booker and Kamala Harris. Should we care? 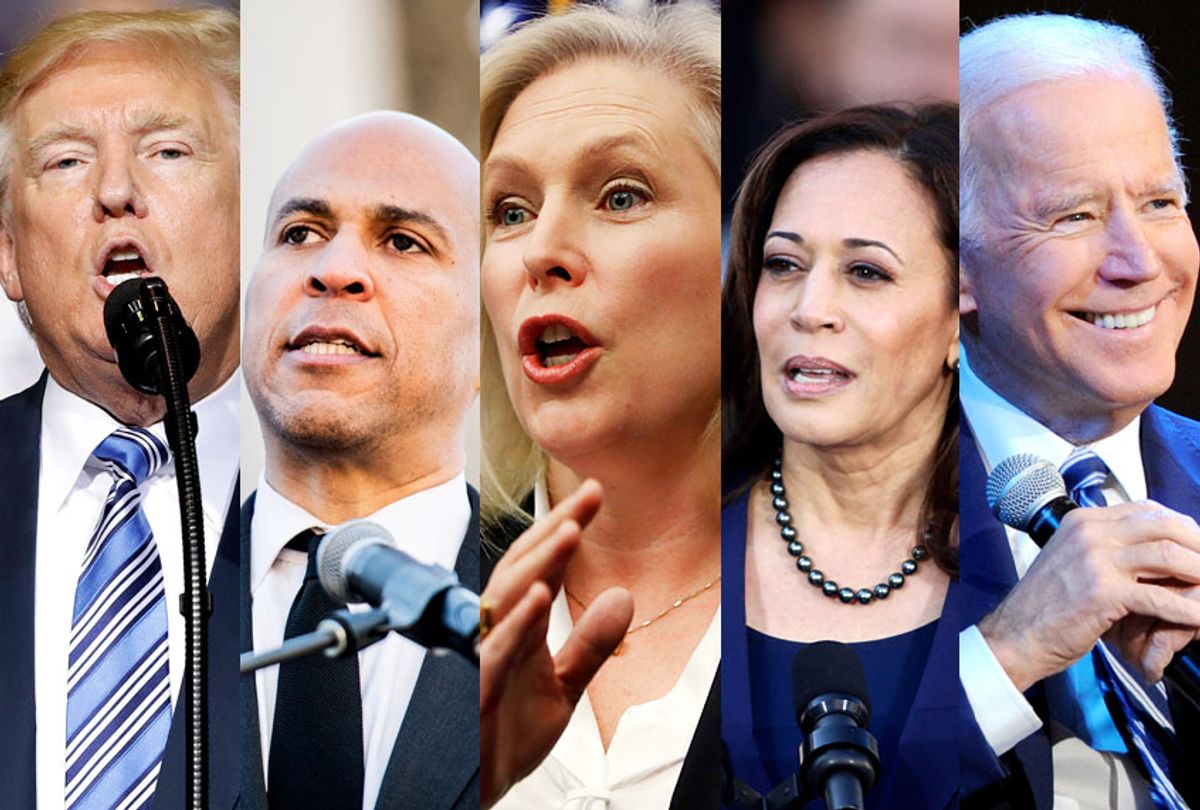 A new Politico story ostensibly exposing unpleasant things about some of the top Democrats running for president may, in fact, reveal much more about Trump's political past.

In breathless language, Politico reported on Tuesday that a number of high-profile Democrats — all of whom are either officially or potentially running for president in 2020 — once received money from either Trump or members of his family. These include Sen. Kamala Harris of California, who "received money from Donald Trump as recently as six years ago"; Sen. Kirsten Gillibrand of New York, who "took in Trump family donations three times across a seven-year period" before donating a comparable amount to a nonprofit years later; and Sen. Cory Booker of New Jersey, who was the benefactor of a Park Avenue fundraiser hosted by Ivanka Trump and Jared Kushner. It also mentions that Trump once donated to Joe Biden, when he was a U.S. senator representing Delaware.

What does this really say about the Democrats who received those donations? With one exception, not much.

It's important to remember that, prior to Trump's flirtation with birtherism in 2011, he was viewed as just another celebrity, most widely known for his 1980s bestseller "The Art of the Deal" and his hit reality TV show "The Apprentice." After 2011, Trump went from being a mostly apolitical celebrity to being a right-wing demagogue — and it was during that same year that his political contributions to federal Democrats ended, according to Ballotpedia. Trump's final contribution to a major Democrat went to Gillibrand in September 2010, in the form of two donations of $2,400. That same month, he also donated $10,000 to the Democratic Committee of New York State. His donation to Biden was insignificant: a single contribution of $1,000 in 2001. While Cory Booker received $10,400 each from Ivanka Trump and Jared Kushner in 2013 — when the couple also bundled $41,000 and hosted a fundraiser for his Senate campaign — they were widely understood as political moderates at that time.

The notable exception to this story is Kamala Harris. In 2011 and 2013, Trump gave two donations amounting to $6,000 to Harris' re-election campaign as California attorney general. This was notable both because it marked a rare foray for Trump outside of New York-area politics when it came to Trump's non-federal political donations and because it occurred as Trump was already building his reputation as a populist hero of the right. Harris has apparently made no comments on these donations.

Yet the real story here is about any of these Democrats but about Trump himself. As Columbia University journalism professor Gwenda Blair (author of a book about Trump) told Politico, "This was completely irrespective of anything to do with principles, political perspectives. It was about levers of power, period. And this has not changed. This has never changed."

The same can be said of politics in general, where power is often distributed based on how many people one knows in the right cliques rather than what one believes and how much relevant experience one possesses. Trump cozied up to cliques on both sides of the political divide through his checkbook, which was routine for a business figure in his position. Those who took his money before 2011 or so could not possibly have foreseen that the real-estate entrepreneur and vapid reality-show celebrity would someday lead a right-wing revolution that would turn American politics upside down.