Inside the world of dating profile ghostwriters

Business is booming for profile-preeners — but is it fair to give a romantic edge to the wealthy? 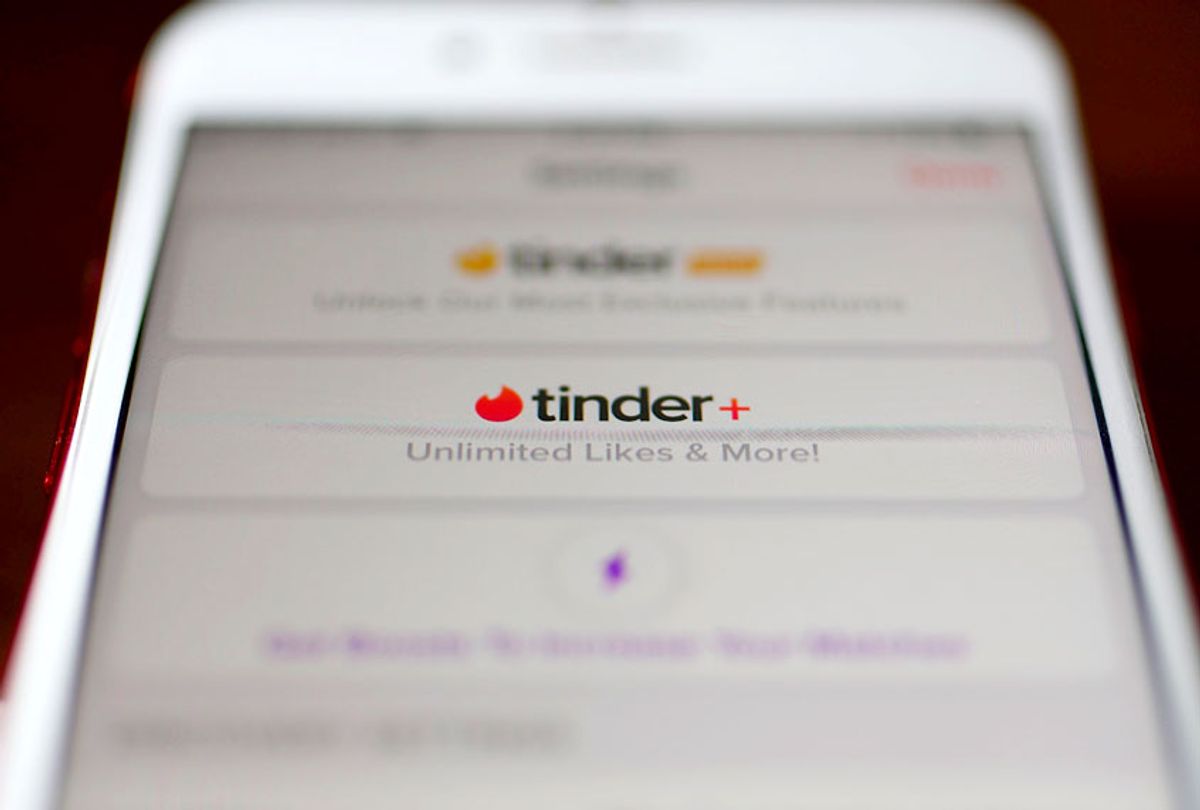 In modern retellings of the fairytale "Cinderella," the story's heroine struggles to find a suitable outfit that would enable her to attract a partner of her choice. Likewise, for centuries humans saw fashion as the key to getting an edge in attracting the opposite sex. Yet with the advent of online dating, modern-day Cinderellas of all genders may find themselves gravitating towards services that advertise their sexuality in a more ethereal way: through ghostwritten profiles and professionally–staged photographs, which have largely supplanted ball gowns and slippers as the first sight that a potential digital suitor sees when evaluating a romantic prospect.

In the past two decades, online dating went from being a stigmatized way to find love to an industry that market forecasters predict will reach $3.2 billion by 2020. An estimated 49 million singles have dabbled in online dating at least once, and one researcher found that 22 percent of straight couples and 67 percent of gay couples met online. Yet in order to cope with the anxiety that accompanies the advertorial aspects of online dating, some have turned to professional help to get ahead — creating a cottage industry of professionals who make a living ghostwriting and preening others' online profiles.

The idea of hiring a professional to write your online dating profile might seem a little uncanny. After all, the goal of dating is to find someone who will love you for you. Yet for those who can afford the oft-pricey services, outsourcing the labor of online dating is just another way to save time and improve one's prospects.

“Everyone is doing online dating, and now everyone is trying to optimize themselves and make themselves stand out more because there is a lot of competition,” Alex McDermott, the co-founder of Pimp My Profile, told Salon. “I think that what we are doing is going to be as common as Tinder down the road — online dating isn’t going anywhere.”

While there is no way to officially quantify the growth of these mom-and-pop profile–writing businesses, every one Salon spoke with said that they had experienced growth over the last couple of years. McDermott and his co-founder, Gillian Walker, started their business in 2015 after they both individually suffered the chaotic world of online dating.

“We were on Tinder seeing some atrocities out there,” said Walker, who was a life coach prior to founding Pimp My Profile.

While the two started their company four years ago, they said business has really taken off over the last 18 months. On average they have 15 to 20 clients a week, although it varies seasonally. Pimp My Profile offers three packages: the cheapest costs $99.99, a service that is exclusively for messaging. In that package, a client receives ten pre-written messages penned by Walker or their freelance writers, specifically tailored to the type of person the client wants to go on a date with. For $199.99, online daters can hire the company to write their profile and three opening messages, in addition to getting them to weigh in on the client’s picture selection. Finally, for $399.99, users can get a personal consultation with Walker and professional photo editing, in addition to what is offered in the second package. The demographic of clients, Walker says, “range all over the map.”

“There are many variables as to why people come to us,” she says. “Men on average are anywhere from college students to someone in their seventies, women primarily are a little older and are often times reentering the dating game after a long-term relationship, or they are really successful and don’t have the time for it. They might be really busy with their career.”

Walker says the main motivator for people to seek out their services is that many struggle to write about themselves. Their business, Walker says, helps home in on a person’s best features so that they can put their “best foot forward for online dating.”

“We have them answer a knee-deep questionnaire and I stalk them on Facebook because I want to get a vibe for who they are, so I can write something that feels authentic to them,” she says. “I want the people they are matching with to get an authentic person.”

The emphasis on "authenticity" came up often in my interviews with online dating profile writers. Yet the irony, of course, is that those who use such services aren't truly authentic — they are hiring ghostwriters to sound like them. Likewise, if everyone began to use such services, wouldn't we all be speaking to other ghostwriters, none of us authentic at all?

“We don’t misrepresent someone or make them into someone they’re not,” Joshua Pompey, who owns online dating profile consulting company Next Evolution Matchmaking, told Salon. “If somebody is not [s]illy, we aren’t going to make their profile silly. We take all the best aspects of who they are we highlight their best self based on that.”

Pompey started his profile-writing company in 2009. Since then, he says that he and staff have written over 20,000 profiles. Pompey says he has 15 writers who work for him, all who must be “hand-trained” by him, have a background in writing, and possess a Master’s degree. Customers pay $199 to get a written online dating profile that can be customized for any desktop website like Match.com or OKCupid, with unlimited revisions for up to 10 days, and a lifetime photo gallery review. Customers who use a swipe dating app, like Tinder or Bumble, can receive a three-sentence add-on for $24.99. Similar to Pimp My Profile, Pompey’s company has its clients fill out a questionnaire.

Pompey said the quality of the writing matters, and there is an art to it when it comes to trying to attract a mate.

Eric Resnick has been in the business of writing online dating profiles since 2004, when he worked at Match.com back when they had writers on staff to pen profiles. “I was their highest rated writer,” he told Salon. Once the feature was no longer offered to users, he started his own business called Profile Helper in 2005. Resnick has made his living off of that ever since. Resnick’s company offers three different packages that range from $49.95 to $199.95. The highest tier includes an hour one-on-one consultation with Resnick, which he says is the most popular package. His workload ranges from having one to 15 clients a day.

Unintentionally or not, many of these online dating profile-writers toe the line between profile consultant and dating coach. Resnick says his average client is at least 40 years old, and that they are often looking for a serious relationship, yet struggle to find dates online.

“I get calls all the time from people who are spending four to five hours a day and they are wondering what is wrong with them,” he said. “I tell them they are giving it too much power and they are on too many sites, they are letting the sites run them, and this is an important thing because dating sites don’t necessarily have the same goal as the people on them.”

“You don’t realize it, but you become the product,” he said.

Tinder, which is owned by the Match Group, had at least 4.1 million paying users in 2018. Resnick added that including photo selection as part of his company's package is crucial, as photos matter just as much as the actual text of one's profile.

“It is amazing how many people don’t smile in their photos, or wear sunglasses so you can’t see their eyes,” he said. Resnick said the number of photos posted matters, too.

“You don’t want to post less than four because you might seem sketchy, and anything much more than seven you start to look like a narcissist,” he said.

The visual emphasis in many dating apps has laid the foundation for professional photographers to take part in this burgeoning industry. Eddie Hernandez, a professional photographer based in San Francisco, specializes in online dating photos. Though Hernandez also shoots other social media portraits (like LinkedIn headshots), he says online dating photos make up about half of his business. His customers can choose four “looks,” which include wardrobe and location changes, for $875. His clientele vary, he says, from men and women in their mid twenties to early sixties, those who are newly single via a divorce or spousal death, or those who are more introverted and haven’t tried online dating before. As with the profile-writers, Hernandez says authenticity in photos is key.

“I wouldn’t take anyone to a specific location if they haven’t gone there," he told Salon. "I find ways that they would appear like on a first date or with friends or happy hour after work, trying to replicate environments they have been in but I provide guidance," he continued. "I want them to look good, to be visible, but I don’t want it to be a portrait or something that was obviously taken by a photographer.”

This professional-help approach to dating is understandable to those who have experienced how exhausting online dating can be. If hired assistance can save time and build confidence, then hiring someone to write your profile might be a no-brainer (assuming you can afford it). One might argue that online dating is inherently inauthentic, given that it is mediated by for-profit companies who arbitrarily choose prompts to create a simulated, gamified version of real-life interaction. Swiping and scrolling through photos to spark attraction does not always translate to a real-life connection. Likewise, some people are, by dint of talent or the genetic lottery, innately better at online dating. And if dating feels like a zero-sum game where the odds are never in your favor, hiring a professional writer and photographer seems like a clever way to get an edge.

Profile consultants may appear as an additional layer of professionalization intruding in the romantic realm, supposedly sacrosanct. But the reality is that finding an ideal long-term partner has long been a transactional affair in the West. Marriage in colonial America was essentially a business deal, where a woman gave up her right as an individual; likewise, as women lacked the right to vote until the early twentieth century, their freedom to participate in the political sphere was, until suffrage, tied to convincing their husbands to advocate for them.

Notably, the advent of the dating profile consulting industry may give an edge to the wealthier daters who can afford it. Not everyone has the means to put themselves ahead of the competition by paying hundreds of dollars to make their profile stand out. This, in and of itself, will position wealthy people to be more successful, even in an ethereal, digital realm. On the other hand, everyone has to make a living, and for writers and photographers working in the arts industry (and whose wages are on the decline), it seems to be a fruitful gig.