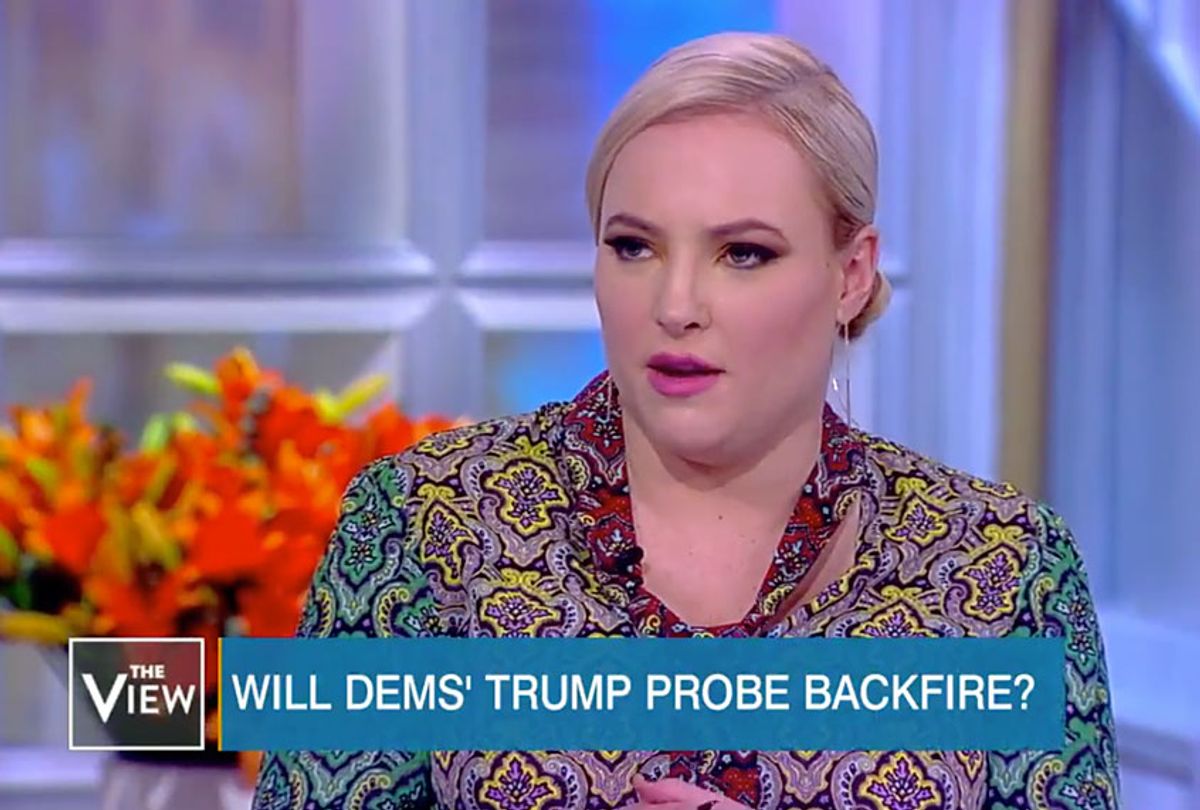 The View’s Sunny Hostin had to take Meghan McCain to school for a refresher course on “collusion vs. conspiracy”, explaining that President Donald Trump is emphasizing the former to fool Americans into ignoring the latter, which unlike collusion, is a prosecutable crime.

“The intelligence committee has a duty to investigate whether this campaign of Trump’s colluded with Russia,” said Ana Navarro, kicking things off. “The oversight committee, I think, should do what Alexandria Ocasio-Cortez is saying they should do, and what you guys are saying: follow the money.”

“Collusion is not a crime, though,” interjected McCain. “It makes me angry as well. I think if you collude with a foreign adversary, you know the problem I have with that. But it is not a crime.”

“Textbook, it’s not a crime,” Hostin continued. “But conspiracy with a foreign government is.”