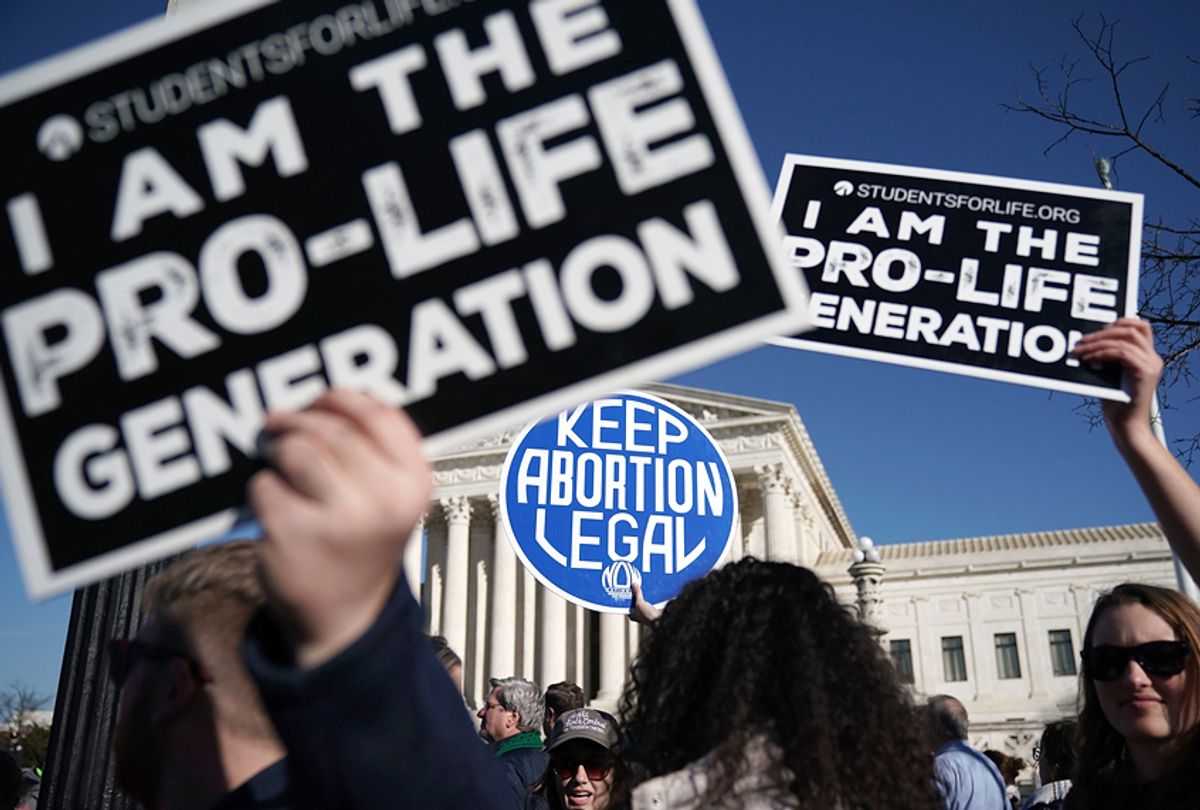 An Alabama court has recognized an aborted fetus as a person with legal rights, a decision that's reportedly never been made in the United States before.

The decision, according to ABC WAAY 31, allows the baby's would-be-father and the aborted fetus to sue the abortion clinic, their employees and the pharmaceutical company who makes the medication used to terminate the pregnancy.

"We have already had a victory, and it was the first one of its kind ever," attorney for the would-be-father Brent Helms said. "This is the first estate that I'm aware of that has ever been opened for an aborted baby."

Now that the terminated fetus is recognized as a person in Madison County, Ala., the would-be-father, Ryan Magers, legally represents it.

"It can further pursue not only me, but other fathers – other future fathers – can pursue it, as well," Magers said.

Magers and the baby, referred to as "Baby Roe" in court documents, are suing the Alabama Women's Center and others involved in ending the pregnancy. The pregnancy was reportedly terminated six weeks after Magers' girlfriend learned she was pregnant.

"The only thing that estate has is the right to sue, and so that is what Ryan is doing – is suing on behalf of Baby Roe's estate," Helms said. "We are confident, and this is a step in the right direction."

The lawsuit follows a state constitutional amendment approved in November during the 2018 midterm election cycle by 59 percent of Alabamians, which made it Alabama state policy to "ensure the protection of the rights of the unborn child" and "recognize and support the sanctity of unborn life and the rights of the unborn children, including the right to life." The ballot measure, known as Amendment 2, legally defines a person as "any human being from the moment of fertilization or the functional equivalent thereof" and states that no provisions of state's constitution "secures or protects a right to abortion or requires the funding of an abortion."

One of the main proponents for Amendment 2, Personhood Alabama, brought the wrongful death lawsuit against Alabama's Women's Center with Magers. The pro-life advocacy group praised the filing in a blog post at the time, calling the lawsuit a "timely reminder that every single abortion committed is a chilling assault on a precious and innocent human life."

The controversial amendment has been criticized by some reproductive health care providers and pro-choice advocates who believe the passage of Amendment 2 threatens to effectively ban abortion in Alabama if Roe v. Wade, the landmark 1973 U.S. Supreme Court decision that protected a person's right to make their own medical decisions, including the right to terminate a pregnancy, is overturned. Reproductive health advocates have also expressed concern that personhood advocates may be willing to support legislation that would restrict abortion, even in cases of rape and incest, and pose a threat to birth control access for women across the state.

Dalton Johnson, who owns the Alabama Women's Center, said he was not aware of the lawsuit when approached by ABC WAAY 31. Johnson said since the fetus was aborted at six weeks, and a woman can decide how she wants to terminate her pregnancy – either by medication or surgery.

Magers previously told the local ABC affiliate that he begged his girlfriend to keep the baby.

He told the news station that even though it is too late for him to stop his girlfriend's abortion, he wants to give a voice to other would-be-fathers who find themselves in the same spot.

The Alabama Women's Center must respond to the lawsuit by April 1.