“I’m not saying that the Republicans wouldn’t do it if the shoe were on the other foot," Sen. John Kennedy says 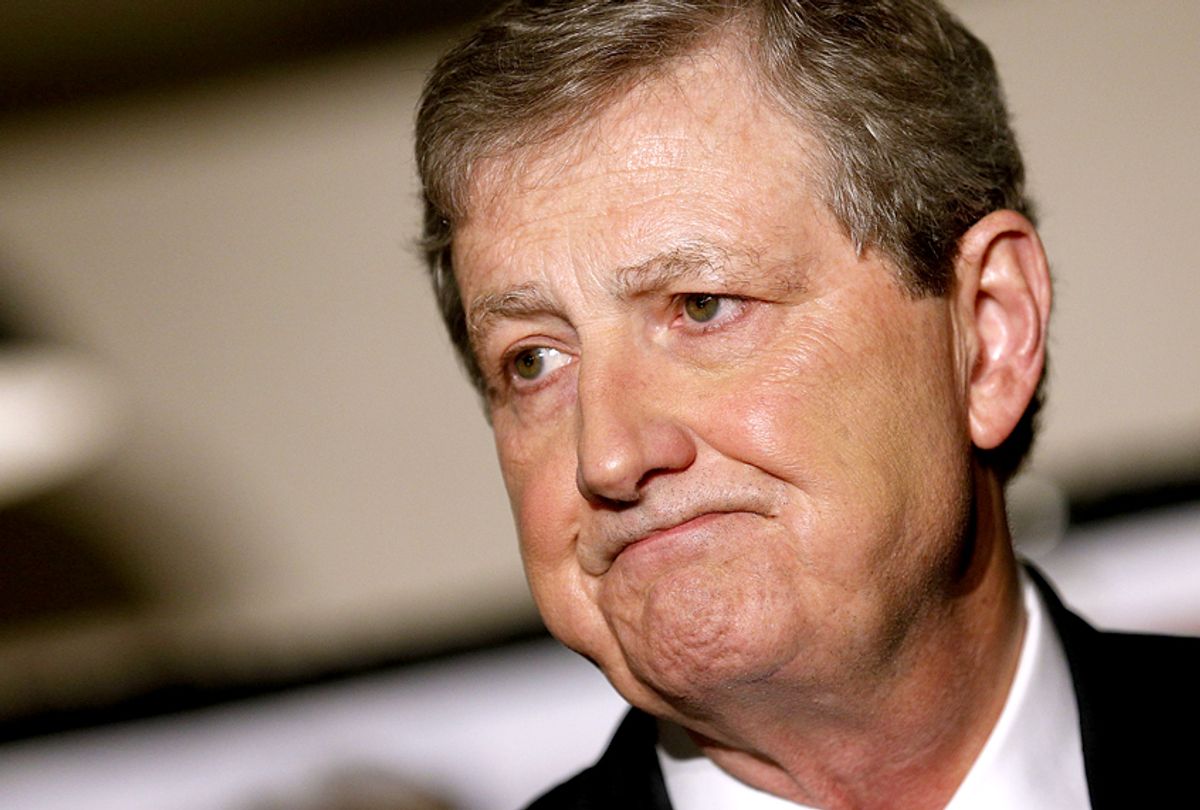 As congressional investigations into President Donald Trump’s conduct heat up, the Republican Party and its allies are scrambling to explain why lawmakers shouldn’t engage in their constitutionally mandated oversight of the executive branch. They’re trying to point to the breadth of the proposed investigations — a function of Trump’s wide-reaching misconduct — as evidence of Democratic bad faith.

But as CNN’s Manu Raju and Jeremy Herb reported Tuesday, at least one Republican senator admits that the GOP would be doing the same if Trump were a Democrat.

“I think there are some House members that decided they want to start the election early, and they’re going to do everything they can to tear down the President,” Sen. John Kennedy (R-LA) told CNN. “I’m not saying that the Republicans wouldn’t do it if the shoe were on the other foot — that’s part of the problem with this place.”

Of course, it may be a problem if parties are too willing to launch spurious investigations into their opponents to score cheap political points. There’s no doubt that the GOP would have launched every investigation it could have into Hillary Clinton if she had won the presidency in 2016. But the real metric for evaluating these investigations should be whether there is substantial evidence of wrongdoing to warrant an inquiry. Given the amount of criminal wrongdoing by Trump’s aides uncovered by Special Counsel Robert Mueller and the fact that the president’s former attorney Michael Cohen is going to jail for a campaign finance crimes he said Trump directed him to carry out, there is more than enough evidence to justify multiple investigations.

Some say, though, that with Mueller and the Southern District of New York already investigating these issues, Congress has no business pursuing these facts

But other responses from Republicans to CNN’s questions about the investigation showed why this line of argument is mistaken. Sen. Chuck Grassley (R-IA), for example, said he hadn’t “studied” the issues around the criminal hush money payment and campaign finance violation, so he couldn’t comment on the issue. Sen. Joni Ernst (R-IA) told CNN, “I don’t know enough about it.”

The fact that lawmakers know so little about the issue should be a good indication that the public might not be well-informed on the topic either — something which public congressional hearings could rectify, despite their being denounced as “show trials.’

And on top of that fact, the hearings provide a chance to check the Justice Department’s investigations of the president, which will necessarily be fraught, regardless of how skilled and upstanding the investigators may be. With Trump’s overt efforts to interfere with the department’s integrity and to block probes of him and his allies, Congress’s duty has become even more important.

Republicans should be able to recognize all these facts  — only pure partisanship shields them from the obvious.