"A message to corporate CEOs across the country," says Sanders, after Wabtec workers strike victory 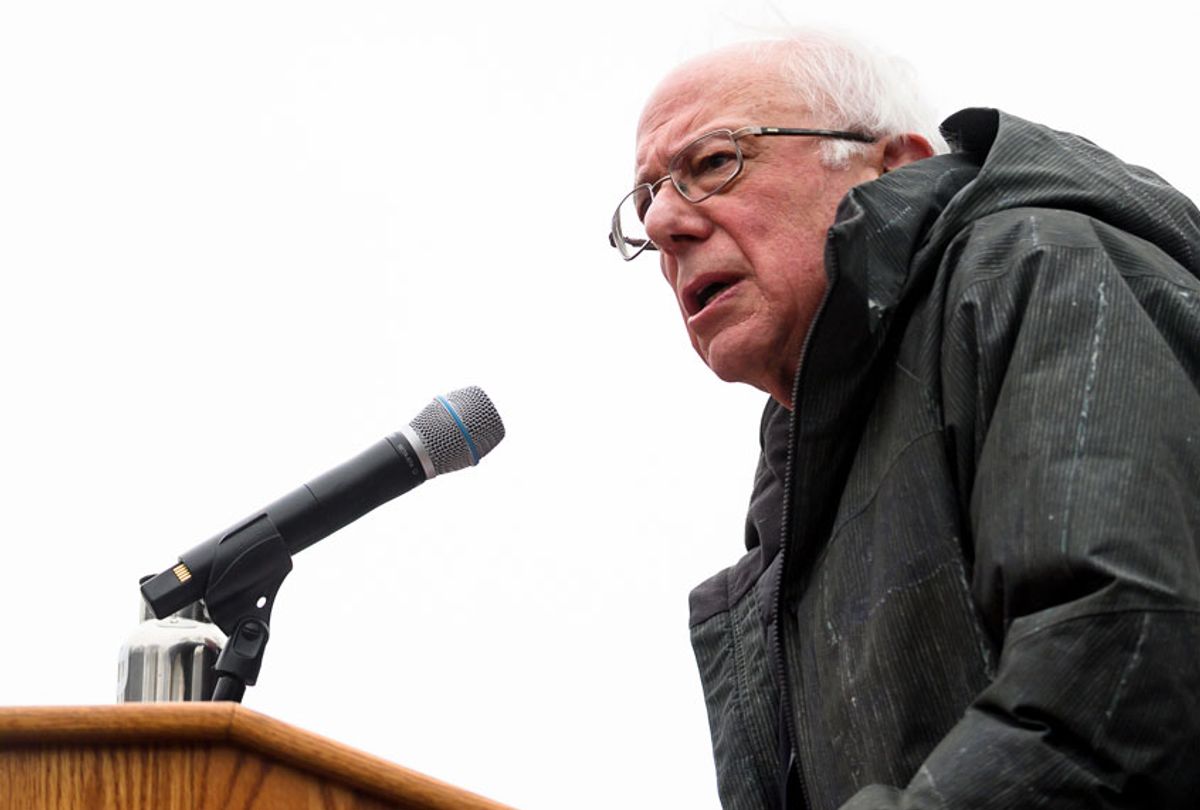 After union workers at a locomotive plant in Erie, Pennsylvania struck a 90-day deal with Wabtec Corporation late Wednesday—ending the largest manufacturing strike of the Trump era—Sen. Bernie Sanders (I-Vt.) said the victory "should send a message to corporate CEOs across the country."

"It is absolutely unacceptable for profitable corporations to provide obscene compensation packages to executives, while ripping off workers and their families," the senator and 2020 presidential candidate said in a statement.

"Their victory is not only a win for the workers at Wabtec, but for workers all around America who are sick and tired of seeing their standard of living decline as a result of corporate greed," he added.

Sanders helped thrust the nearly two-week strike into the national spotlight by pledging his support for the striking workers and inviting union leader Scott Slawson to speak at his first 2020 presidential rally in Brooklyn on Saturday.

They're stealing from us, and we're here to take what's ours

"The example that Sanders is setting is vital, not just for his 2020 campaign but for all the Democrats who are contending for the nomination," John Nichols wrote for The Nation ahead of the rally. "Union struggles are essential, not just for Democrats but for the fight for economic justice in a country where the gaps between CEO pay and worker salaries, and between rich and poor, has reached epic proportions."

The strike in Erie kicked off on Feb. 26, when more than 1,700 members of the United Electrical, Radio, and Machine Workers of America (UE) Locals 506 and 618 walked off the job as Wabtec took control of the plant. Last year, Wabtec merged with GE Transportation, which had operated the facility for more than a century and maintained a contract with UE the past eight decades.

Those jobs have afforded the plant's employees a more stable lifestyle, with wages that average $35 per hour, and a Monday through Friday work schedule that Kissam says has allowed UE members to be active participants in life outside of the plant. "Our members are very involved in the Erie community as Little League coaches, at churches and with veterans' causes," Kissam asserted in an interview with In These Times.

It is this quality of life, and this connection to the broader Erie community, that UE members are trying to protect for themselves and future generations by going on strike, Kissam says.

Under the new deal, workers are set to return to the plant on Monday. According to a statement from UE, as talks continue to establish a new contract, workers and Wabtec agree to:

"Both parties are optimistic," the statement said, "that a mutually beneficial collective bargaining agreement can be reached to position the Erie facility for future growth, stability, and success."

While congratulating the union workers "for their successful effort in standing up for justice and dignity," Sanders urged Wabtec "to sit down at the bargaining table and negotiate a fair contract with its union workers."

Congratulations to UE Locals 506 and 618 for their successful effort in standing up for justice and dignity.

This is a victory for workers across the country who are sick and tired of seeing their standard of living decline as a result of corporate greed. https://t.co/rSp1E6jeLP