The gritty trade war with China is hurting American workers

If the negotiations fall apart, their pain will be for nothing 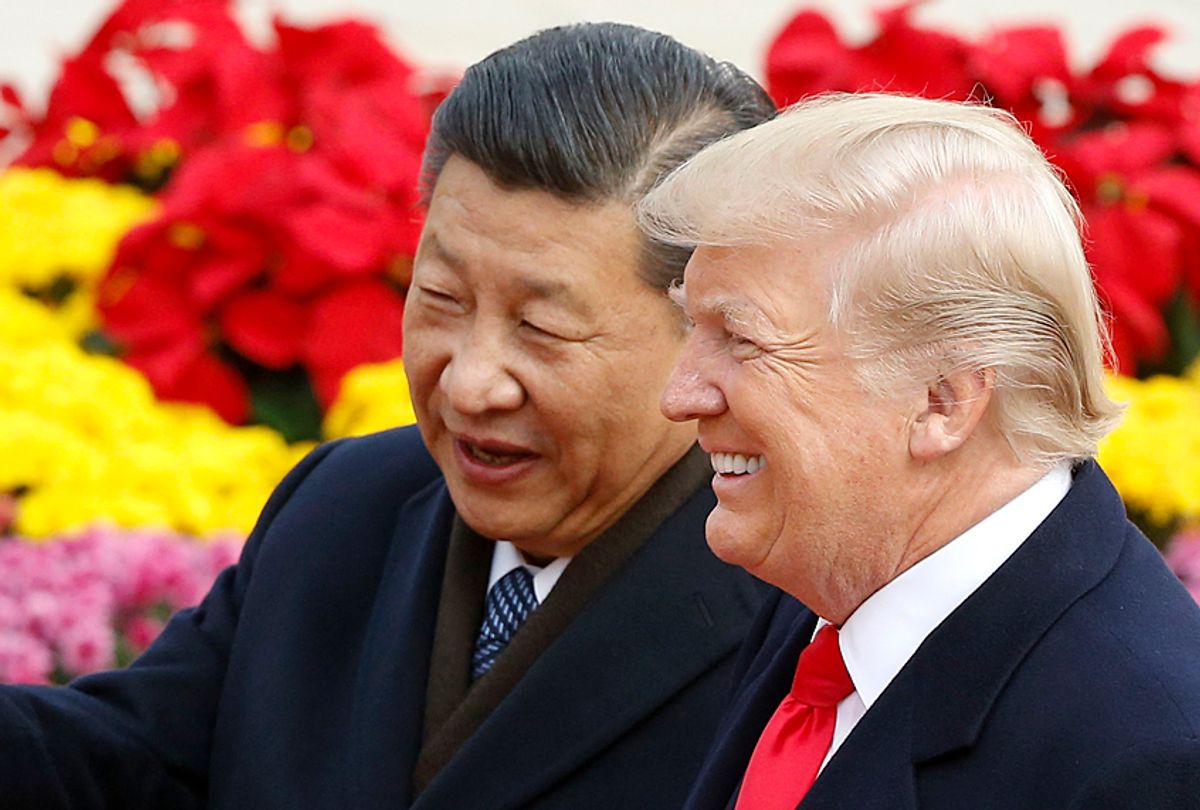 It took grit to get this far. U.S. Trade Representative Robert Lighthizer explained that to Congress Wednesday.

So, he said, no one in the Trump administration is backing down now.

They’ve managed to confront Beijing, a trade renegade, and do it with a powerful tool that previous negotiators lacked—tariffs. They launched the penalties last spring with charges on all imported steel and aluminum, then increased the pain with levies specifically on $50 billion in Chinese imports in July, followed by duties on $200 billion in Chinese imports in September.

China retaliated, particularly with tariffs on agricultural goods. Some American businesses, farmers and workers suffered. And they complained. But the tariffs brought China to the table to discuss its violations—abuses that have damaged American industries and destroyed millions of American jobs for nearly two decades.

Lighthizer told Congress Wednesday he doesn’t have a deal yet, but he’s made progress. None of it would be possible, he said, without the leverage of the tariffs and the grit of the administration to stick with them through tough times.

“There is no way to compete in a race to the bottom,” Lewis said. “I grew up in Alabama, in rural Alabama. I watched American jobs disappear throughout my life and career. In my home state, many manufacturing workers continue to struggle to find good livable-wage jobs. Many of those businesses moved overseas in search of cheap labor and lower environmental protections.”

Members of the union I lead, the United Steelworkers (USW), have experienced this pain. Beijing and local Chinese governments illegally subsidize industries, so that when they export products, they’re artificially cheap, which depresses prices worldwide. That bankrupts U.S., Canadian and European manufacturers that operate on free market principles.

This is particularly true in steel and aluminum, where China’s government subsidies ramped up production quickly since the turn of the century. China, which produced little aluminum in 2001, became the world’s largest producer by 2011, and then increased that output by 50 percent as of 2015.

The excess metal that China dumped on the international market at bargain-basement prices—a decline of 30 percent between 2011 and 2015—shuttered 18 of 23 U.S. smelters.

In addition to subsidies, Beijing forces U.S. companies that want to operate there to transfer intellectual property, while at the same time engaging in cyber theft of corporate trade secrets. The U.S. attorney for the Western District of Pennsylvania has charged five Chinese military officers with economic espionage for hacking into U.S. aluminum and steel company computers.

“China plays by its own rules,” Rep. Lewis said. “We need a level playing field, and we do not have it.”

That is what Lighthizer is trying to get. He promised he would not accept the easy “soybean solution” but would instead continue pressing for the more elusive structural change.

The U.S. trade deficit with China has ballooned since Beijing gained entrance to the World Trade Organization in 2001. Despite all the tariffs last year, the deficit in goods rose 10 percent to $79.5 billion, as U.S. exports to China fell 0.3 percent and imports from China rose 3.2 percent.

Previous U.S. trade negotiators have been lulled by promises from China, only to watch them go unfulfilled. Lighthizer refuses to fall for that ploy again. And more soybeans does not resolve the serious underlying structural trade problems like deliberate commodity overproduction, technology theft and currency manipulation.

“Technology will determine who rules the future,” Lighthizer told Congress yesterday. “We are negotiating provisions that will, if enforced, restate and make more specific commitments against cyber theft, physical theft and using investments to get technology.”

At this point, he said, there are 27 or 28 pages regarding intellectual property protection. And, he said, negotiators have spent a great deal of time creating enforceable standards to prevent currency manipulation, which China uses to lower the prices of its exports and increase those of imports.

Several lawmakers told Lighthizer that their constituents, particularly farmers, are suffering because of China’s retaliatory tariffs. U.S. Rep. Ron Kind of Wisconsin said family farms there are being hammered and, as a result, filing a record number of bankruptcies. U.S. Rep. Jodey Arrington of Texas said these are desperate times for farmers and ranchers in his district, with agricultural income declining at the steepest rate since the Great Depression and suicides skyrocketing.

Lighthizer made it clear he understood the urgency of reaching a settlement so that farmers get tariff relief. But, he said, after talking to business groups, agricultural representatives, labor unions and members of Congress, he felt obligated to produce an agreement that was specific, measurable and enforceable on all levels of Chinese government.

In addition, he said, it must be a deal that enables the United States to unilaterally counteract violations that China refuses to resolve. Otherwise, all the pain suffered by American farmers and ranchers and the tenaciousness of the administration will be for nothing.