Why does the National Highway Traffic Safety Administration balk at transparency efforts? 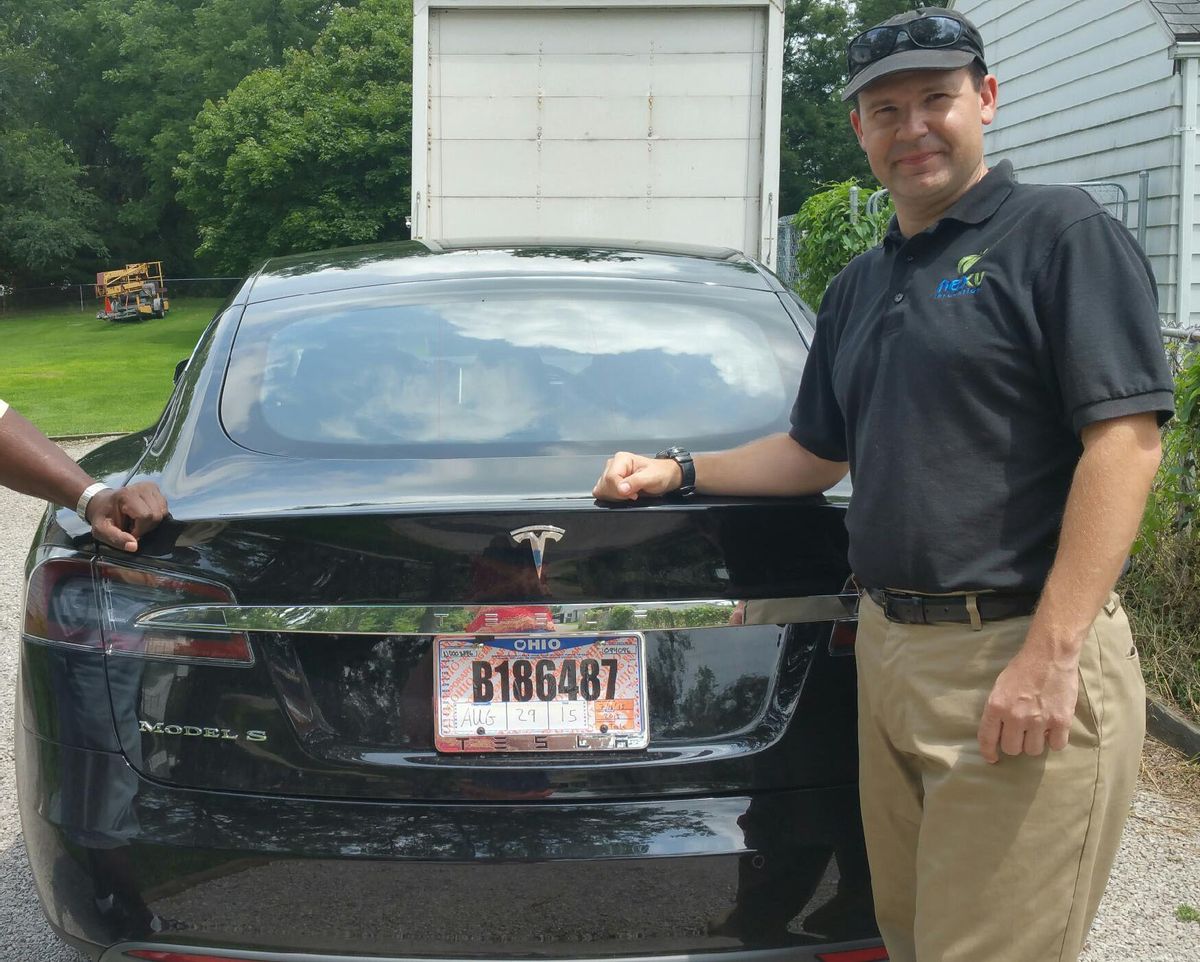 In this 2015 photo provided by his neighbor, Krista Kitchen, Joshua Brown stands by his new Tesla electric car near his home in Canton, Ohio. Brown died in an accident in Florida on May 7, 2016 in the first fatality from a car using self-driving technology. According to statements by the government and the automaker, his vehicle's cameras didn't make a distinction between the white side of a turning tractor-trailer and the brightly lit sky while failing to automatically activate its brakes. (Krista Kitchen via AP) (AP)
--

After a Florida driver was killed in a crash in 2016 while his Tesla was in “Autopilot” mode,  regulators assured the public that Tesla’s autonomous driving system was safe. An investigation by the National Highway Traffic Safety Administration (NHTSA) found that after a key component called Autosteer was added, crash rates in Tesla cars had dropped.

When a skeptical researcher filed a Freedom of Information Act request for the data behind the claim, NHTSA balked. He successfully sued the agency — extending NHTSA’s poor record in defending FOIA cases. NHTSA, a branch of the Department of Transportation, did not respond to interview requests nor answer written questions for this story.

FOIA litigation is time-consuming and often fruitless. While the law provides that the public is entitled to most government documents, federal agencies can employ broad exemptions to justify withholding records, such as the need to protect its deliberative process or a company’s trade secrets.

The government “typically wins a lot more than it loses, especially with FOIA,” said Anne Weismann, chief FOIA counsel for Citizens for Responsibility and Ethics in Washington, an advocacy group.

But NHTSA, which collects data as part of its mission to reduce traffic deaths, appears to be an exception.

Since 2007, there have been 12 lawsuits seeking records from NHTSA, according to a review of records from the Justice Department and the Transactional Records Access Clearinghouse, which collects federal data. Three cases are pending, but the other nine ended in court rulings or settlements requiring NHTSA to produce records for plaintiffs. None of the lawsuits ended in a judgment in NHTSA’s favor.

“They just plow forward with these cases for reasons that I don’t fully understand,” said David Sobel, an attorney with the nonprofit Electronic Frontier Foundation who has represented plaintiffs in most of the cases.

Two people, in particular, have been thorns in NHTSA’s side — Randy Whitfield, a statistician with Quality Control Systems Corp., who filed the Tesla case; and Sean Kane, president of Safety Research & Strategies, Inc. Between them, they have filed seven of the successful lawsuits.

A federal agency might reduce its workload when it digs in its heels and denies FOIA requests. Most requesters will give up, lacking the money, time or enough incentive to bring a lawsuit. But Whitfield and Kane have personal and professional reasons to battle NHTSA in court. Both are safety consultants who have done work for plaintiff attorneys, although they told FairWarning that none of the lawsuits were funded by clients.

“As researchers and advocates we’re innately curious,” Kane wrote in an email. “We strongly believe that our government should be held accountable for the enforcement and policy decisions it makes.”

NHTSA suffered its latest setback last September, when a federal judge said she was not persuaded by its argument for denying Whitfield’s request for the Tesla data. Once he got the records, Whitfield challenged the agency’s findings, saying NHTSA had reviewed only a limited set of data. According to Whitfield, the comprehensive data indicated that the crash rate for Tesla vehicles was actually higher after they were equipped with Autosteer.

Federal agencies generally have limited staff to handle the large volume of FOIA requests that pour in, leading to long delays even when records are ultimately produced. Critics say that is especially troubling in NHTSA’s case because of its critical mission to reduce roadway deaths.

“It’s really outrageous because an agency like NHTSA is collecting data about things like unsafe, defective cars,” said Katherine Meyer, a FOIA specialist at the law firm Meyer Glitzenstein & Eubanks.

Kane said NHTSA’s recalcitrance is contributing to an unjustifiable drain of time and money, both for requesters and the government, because successful plaintiffs can make the government pay their legal fees. According to the Justice Department’s FOIA litigation and compliance reports, over the last decade Kane’s organization has collected $49,493.10 in attorney’s fees and costs in NHTSA cases.

“Not only are they short-changing the public on documents that need to be public,” Kane said, they’re also “spending money on Department of Justice lawyers to defend cases that are indefensible.”

The vast majority of NHTSA’s FOIA expenses go not for litigation but toward processing FOIA requests, according to Department of Transportation records. This has grown more challenging thanks to an uptick in requests and stagnant staffing. In the 2012 fiscal year, NHTSA had the equivalent of about five full-time staff available to work on 231 new FOIA requests as well as backlogged cases, according to DOT statistics. In fiscal 2017, the last year for which figures were available, it had six FOIA staff, but 337 new requests. The agency is also taking more time to process the backlog of so-called ”complex” requests. In 2012, such pending requests were 58 days old on average. In 2017, the average complex request was 440 days old.

Sobel, who represented Whitfield in the Tesla case, said NHTSA’s lack of success in court raises questions about why the agency is withholding information.

“It puts more of a negative spin on the whole episode than if they had just initially released the information,” Sobel said. “I don’t see in that instance where they gain anything from the resistance and the delay.”