I was unmarried at 25, a feminist and journalist in Beijing. My traditional cousin and I no longer saw eye to eye 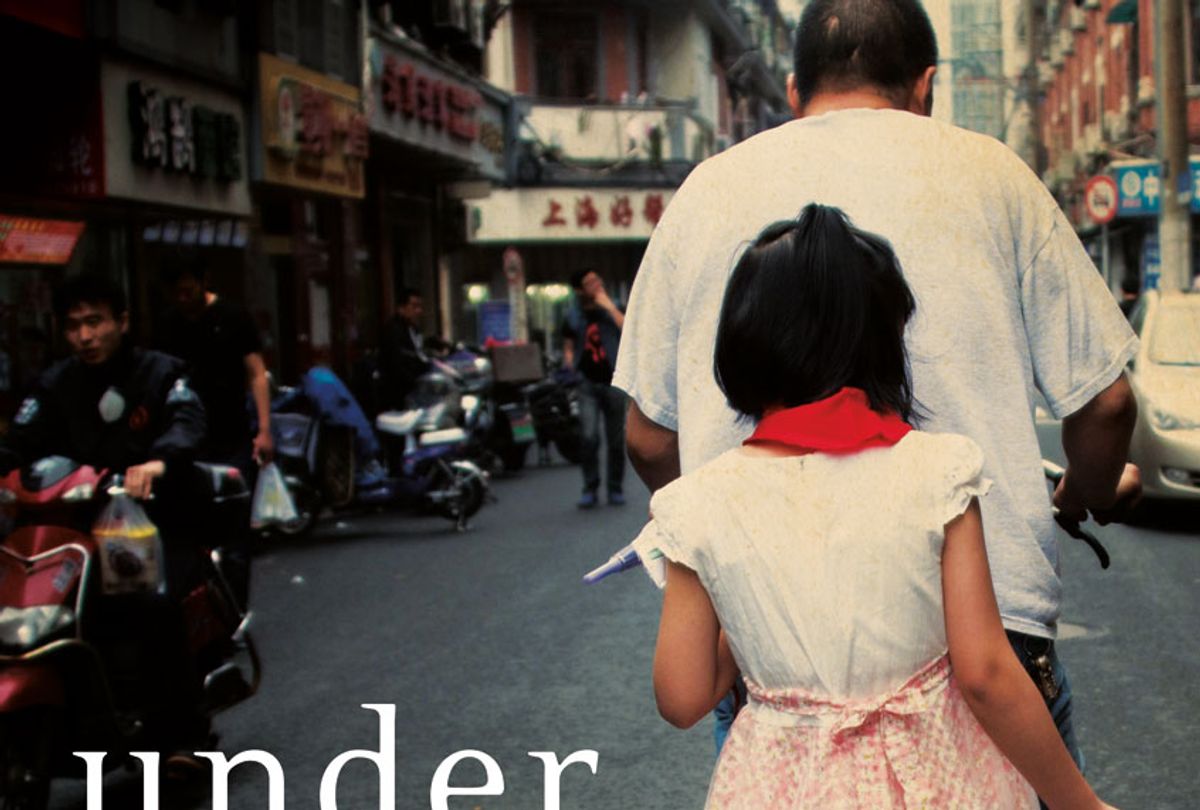 I bought Song, Chunting’s son, a panda hat for his fourth birthday. He put on the hat, walked to the mirror, giggling, and came back to thank me with a kiss. My heart melted. Although I had been against Chunting’s decision to have him, he had grown to be just as important to me as she was.

Chunting and Ling lived with his mother, Xianglan, in Houmi Village. Chunting was now a housewife. Ling delivered chicken guts from a slaughterhouse to the local fish farm and earned 500 yuan a day—a good wage, which he could supplement by working over the weekends, and more than most people his age earned, even those with a university degree. But his boss never paid Ling the full amount. Like many other laborers, Ling had no written contract, and his boss would invent all sorts of excuses not to pay him on time and in full. Chunting complained a lot if Ling didn’t bring home the money that he was due.

“You will understand why money matters once you’re married,” Chunting scolded me when I asked her why she was giving Ling such a hard time.

In Houmi, everyone knew she had been pregnant when they got married. Though young people thought little of it, older people gossiped about them. But guangguns, unwed and childless, were even more embarrassing to their parents than an unplanned pregnancy. A grandson was a grandson, after all. As the old saying went, “Those who couldn’t pick the grapes from the vine always said the grapes were sour.”

Chunting and I met less often now that she had a four-year-old son and I was working in Beijing. But whenever I went home, we would spend a night or two together. We both found it difficult to fathom each other’s lives, so we would talk long into the night. My decision to be a journalist was alien to her. Her decision to settle into factory work bothered me. I tried not to be disappointed in her, and was infuriated that she felt the same about me. She talked about money endlessly, and all her decisions seemed to revolve around it. Money didn’t mean as much to me as a job that I could be proud of. But almost no one around me seemed to understand that—not my parents, my former classmates, and not my cousin and best friend, Chunting. The mutual disapproval grew and grew and almost became like a knife between us. Though we loved each other, we didn’t agree on anything. I thought she was conforming, and she thought I was foolish. No matter where our conversation started, we always ended up back in the same place.

As we sat flipping through magazines one night, I told Chunting I was going to be in a play called "The Leftover Monologues," inspired by the American writer Eve Ensler’s "Vagina Monologues."

“Vagina, what?” she blurted out.

I tried to hide my irritation by explaining that it was a collection of stories about gender, sex, relationships, marriage, and being a woman in modern China.

“Leftover women” refers to those who haven’t married by the time they reach twenty-eight years old. The term was all over the media, constantly in my face. I was immediately sickened by it. To call women “leftovers” was to stamp them with a fate of being lesser, an object that could be thrown away, as if women had an expiration date like food on a supermarket shelf, with no value greater than the age of their bodies.

No matter how hard I studied and worked, it didn’t matter. At twenty-five, I was getting closer and closer to my “expiration date.” The pressure was not only on me, and the stigma that my parents would face with a leftover daughter haunted me every day. I thought about it all the time, and was reminded of it everywhere. The play would help me become a part of a community of women who thought as I did.

Feminist notions of empowerment and equality were entirely new to me, as they were for many other young Chinese women, but they also felt like home. Feminism was also stigmatized, but I had watched my mom and Laolao and knew they had traveled quietly on the same path and suffered alone. I loved the community of feminists I met when doing the play.

Chunting listened to me go on and on about the play and the importance of China’s feminist movement. Then she said, in annoyance: “All that stuff doesn’t matter.”

I wanted to scream and run out the door. We had been so close growing up, and now she had become just the kind of woman I didn’t like.

Many of my friends and family in the village also didn’t like my newfound ideas. They believed feminists were trying to upend traditional expectations between men and women and that the old customs were the best expression of love. Ads on TV and in shopping malls reminded Chinese women every day that, as they aged, their value declined. Whether it was the latest hair-color product or anti-aging creams, everything was sold as a way for women to stay beautiful in order to be loved, and to make sure their husbands never left.

While Chunting thought this meant women should be treated “as delicate as a flower,” the old ways sounded more like punishment or imprisonment to me. But such values were widely subscribed to, so at times I questioned myself.

I had tried to keep my distance from feminism, but a nascent feminist movement was taking shape in China, mostly in the big cities. Leaders of the movement advocated against domestic violence, sexual harassment, and gender discrimination—all serious issues that were otherwise rarely talked about. After knowing what happened to Laolao’s generation with the foot binding and lack of schooling, and all that Mom had been through with the One-Child Policy, I felt strongly about making changes for my own generation and for those in the future.

“That play sounds like a group of old ladies complaining about their husbands and sons,” Chunting joked. “You’d better not become a leftover woman.”

“How could you repeat that?” I shot back, now red with anger.

She looked at me for a long time. She had grown accustomed to this new side of me, the one who could get so fired up about social issues, but I could not help but protest her ignorance. I just couldn’t sit there and accept it. I didn’t care that she was my cousin, that we had played together in the snow and had bathed together when we were little. I wanted Chunting to change her ways, just as I wanted China to change, but she wouldn’t. Then, suddenly, I saw a glimpse of hope.

“Yeah, it is a bit insulting,” she said, as if realizing this for the first time. Then she smiled, suddenly playful again. “Is it serious with the guy you’re dating? If not, better to end it and find someone else.”