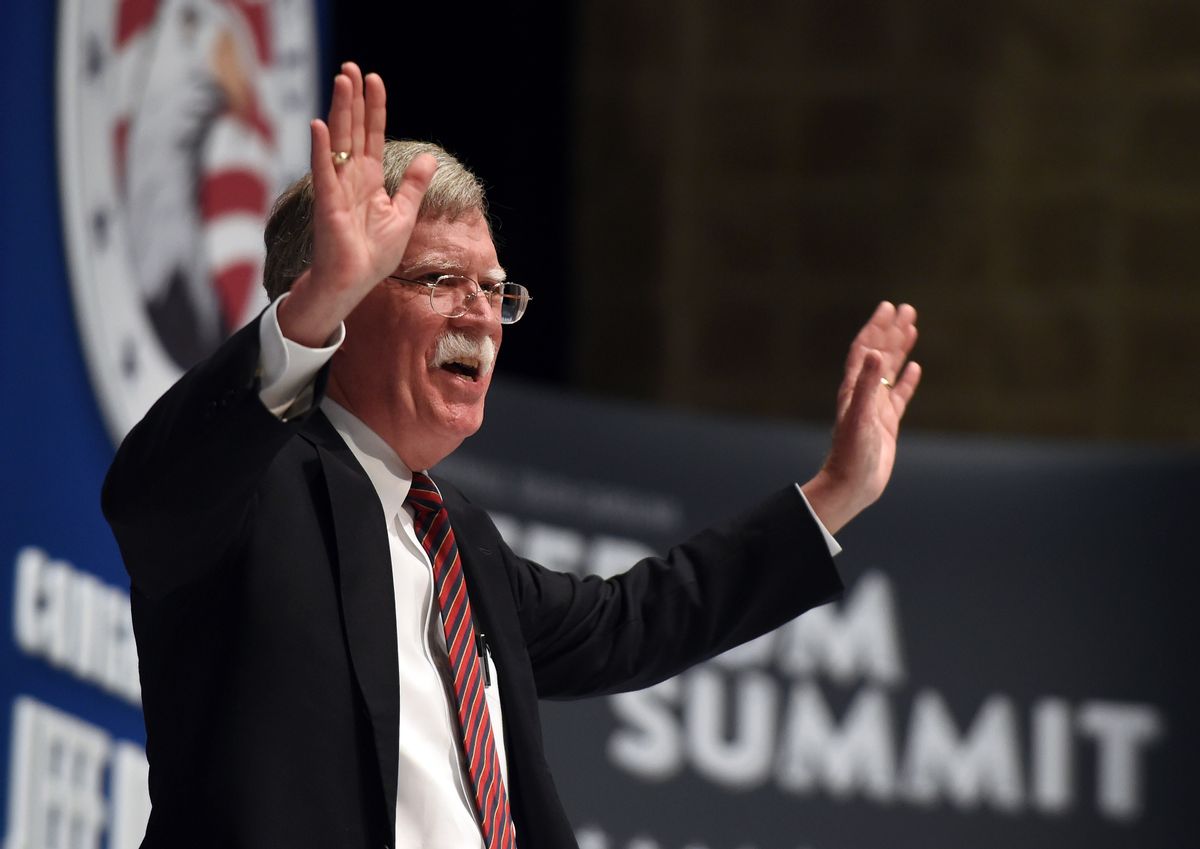 President Donald Trump's national security advisor, John Bolton, told ABC's Martha Raddatz on Sunday that he would not speculate about North Korea's seemingly revived missile program, despite evidence that it has been resurrected in violation of the previous understanding between Trump and North Korean dictator Kim Jong-un.

"Well, I’d rather not get into the specifics on that," Bolton told Raddatz during a Sunday episode of "This Week." "What you’ve just shown is commercial satellite imagery to be sure. The United States government — I’ll just put it this way — expands a lot of resources and efforts so we don't have to rely on commercial satellite imagery. We’ve seen a lot in North Korea. We watch it constantly. I’ve been doing this since the first Bush administration, George H.W. Bush. There’s a lot of activity all the time in North Korea, but I’m not going to speculate on what that particular commercial satellite picture shows."

Raddatz was referring to satellite images which revealed that the North Korean government has begun rebuilding parts of the Tongchang-ri satellite launch facility, which was used to test long-range missile engines, in a process that began either during or after the failed summit between the United States and North Korea in Hanoi.

When Raddatz pushed the point to Bolton, he pivoted to criticizing presidents prior to Trump and their handling of America's bilateral relationship with the despotic nation.

"Well, look, the president has been very clear that he's not going to make the mistakes of prior administrations. And one mistake that prior administrations made repeatedly was assuming that the North Koreans would automatically comply when they undertake obligations. The North Koreans for example, have pledged to give up their nuclear weapons program at least five separate times, beginning in 1992 with the joint North/South de-nuclearization agreement. They — they never seem to get around to it though. So that's one reason why we pay particular attention to what North Korea is doing all the time," Bolton told Raddatz.

He added, "We see exactly what they’re doing now. We see it unblinkingly, and we don't have any illusions about what their capabilities are."

Bolton also refused to comment on an observation by Jeffrey Lewis, the director of the East Asia Nonproliferation Project, who said that it looks like North Korea is in the process of building a rocket. He did admit, however, that Trump would be "pretty disappointed" if Kim Jong-un decided to test launch another missile. When Raddatz asked about Trump's comment that he would be surprised if Kim Jong-un did anything that was not consistent with their understanding, Bolton acknowledged that he would not react the same way.

"You know, nothing in the proliferation game surprises me anymore," Bolton told Raddatz. "I think Kim Jong-un has a very clear idea where the president stands, what the objectives the president’s trying to achieve are, it’s why the decision to walk away in a friendly way as the president put it from the Hanoi summit was important for Kim Jong-un to understand."