"Rather than express the usual ritual contrition, how about this: I’m on television every weeknight live" 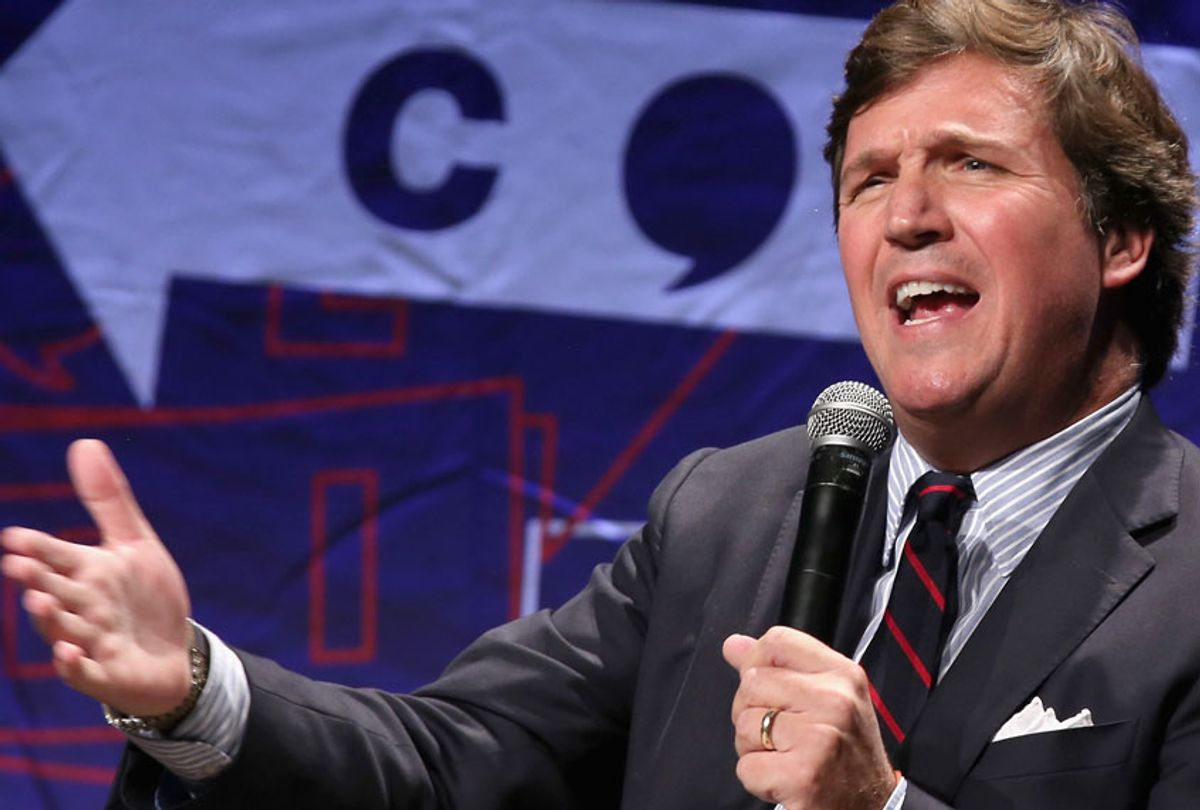 In a report from Media Matters, Carlson was outed for an interview he gave where he said underage marriage is not “the same thing exactly as pulling a child from a bus stop and sexually assaulting that child . . . The rapist, in this case, has made a lifelong commitment to live and take care of the person, so it is a little different.”

In a statement, Carlson dismissed the comments, mocking them as “naughty.”

“Rather than express the usual ritual contrition, how about this: I’m on television every weeknight live for an hour. If you want to know what I think, you can watch. Anyone who disagrees with my views is welcome to come on and explain why,” Carlson said.

The Fox News network has not yet released a statement saying whether the network agrees with Carlson that adults having consensual sex with children or wedding a child-bride should be legal.

Girls Not Brides is a non-profit organization that advocates against forcing young teens into marriages before adulthood. Carlson might see a difference between sexual assault and forced child marriage, but Child Not Bride explained that globally, girls who marry before 15 are 50 percent more likely to face physical or sexual violence from a partner.

“Child marriage violates girls’ rights to health, education and opportunity. It exposes girls to violence throughout their lives, and traps them in a cycle of poverty,” their website explains.