Psychiatrist: Trump's "hunger for his father’s stingy approval has apparently never been quenched" 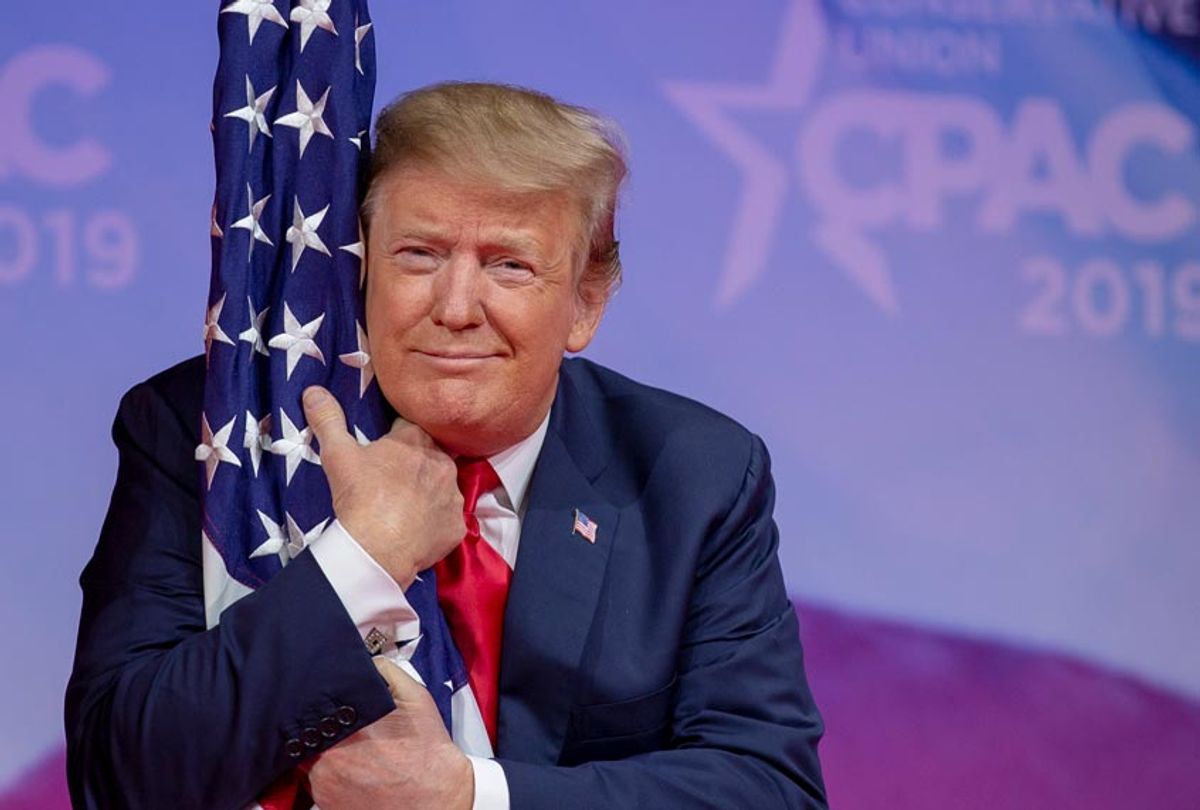 On Monday, the Washington Post reported that Donald Trump’s re-election campaign will combine his “outsider” message from 2016 with the Republican Party get-out-the-vote apparatus.

Trump is also likely to vilify his Democratic opponent, a task that might prove more difficult since Trump’s challenger may be more difficult to demonize than Hillary Clinton.

Raw Story spoke with Dr. Steve Wruble, a double Board-certified child and adult psychiatrist at the Venn Center in New York City, about where Trump’s pugnacious campaign style comes from and what we’re likely to see as the 2020 election approaches.

Wruble was chief child psychiatry fellow at the Institute for Juvenile Research of the University of Illinois at Chicago, and he specializes in anxiety disorders, trauma, and attention-deficit hyperactivity disorders.

He contributed his understanding of parent-child issues that persist into adulthood for The Dangerous Case of Donald Trump, edited by Bandy X. Lee, which will be released in an expanded edition this month.

Raw Story: Donald Trump seems fired up as he watches the 2020 candidates gather crowds. There is going to be a lot of name-calling and insults in his re-election campaign probably?

I wrote about Donald Trump’s “daddy issues,” because they were obvious from the many accounts we have of his interactions with his father. The competition between father and son is famous. Donald’s father has been quoted as saying that he was better at marriage than his son because he made only one trip down the aisle and stayed married for 60 years, while Donald made three trips.

After his father died, Donald was quoted as saying that it was good that his father never built in Manhattan because then he would have been competition. At his father’s wake, Donald took this solemn moment to announce proudly that he was going to develop Trump Place. It was the language that he and his father spoke. There was no time to cry and, even more so, no tears available.

It was well known that Donald’s oldest brother, Fred Jr., drank himself to death at the age of 43. Close friends and neighbors corroborated that the intense ridicule by Fred Sr. had devastating effects on his eldest son. Watching this tragic drama no doubt made a huge impact on young Donald. To this day, he does not touch alcohol and has not acted to adequately address the opioid crisis.

Despite the epidemic proportions, he appears to see those who are addicted to substances as unworthy of being taken care of. In doing so, he avoids acknowledging his fear of being weak like his brother.

Donald’s hunger for his father’s stingy approval has apparently never been quenched. He now looks for that approval from the crowds that clamor for him to lead them in chanting, “Lock her up!”

The numerous Democratic candidates that he so eagerly derides are the “siblings” he is fighting with in order to hold onto this much needed attention and approval. At the same time, it must be noted that there is a part of Trump that doesn’t believe that he deserves to be president.

It’s interesting that right after he won the election he was not able to be found for over two hours. Leslie Stahl asked him a few days later in her interview with him on 60 minutes where he was. Trump stated that he realized that his life was going to change drastically. I can imagine that he was looking forward to giving the speech how the election was stolen from him. That’s his comfort zone, not the momentous victory.

Raw Story: Polls show that 40 percent of Americans would vote for him again in 2020 and that 88 percent of Republicans continue to support him. How do you explain this phenomenon?

Dr. Steve Wruble: His followers are equally interesting. They seem to be looking to a father figure who can help deliver them from their sense of powerlessness. Many from his base admit openly that they often don’t even care what he is saying but they like how he’s saying it.

They are hungry for what Trump appears to be serving up. However, it’s a façade that he can’t deliver on because of his own false sense of self. His lying, manipulation, and the need to surround himself with yes-men and yes-women are symptoms of a man who is just as insecure as his followers but more dangerous because he has access to weapons of mass destruction.

In addition, he is at risk of using the military to shore up his sense of power. Unfortunately for the American people, he would choose to get rid of anyone who questions him rather than learn from those more seasoned and thoughtful than he will ever be.