Catholic leaders in Brooklyn are outraged that Pete Davidson compared the church to R. Kelly on "SNL" 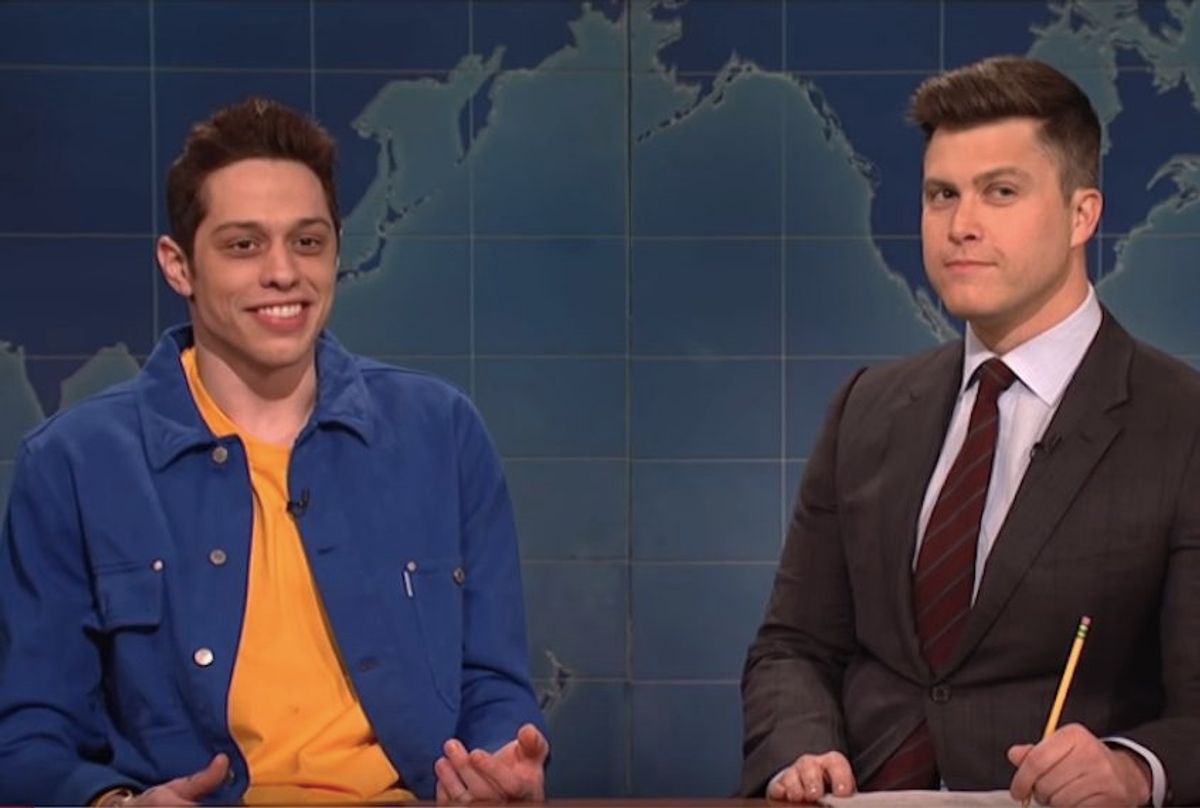 The Catholic Church in Brooklyn is demanding an apology from "Saturday Night Live" and NBC after Pete Davidson made a joke comparing their organization to R. Kelly during  the Weekend Update segment last week.

Just to repeat: The Catholic Church, which has denied and covered up rampant sex abuse for decades, is offended because a comedian acknowledged it in a joke.

"This guy is a monster and he should go to jail forever," Davidson observed when describing R. Kelly, the R&B star whose alleged sex crimes against minors gained renewed attention in the wake of the Lifetime documentary "Surviving R. Kelly," and who has now faces ten new sex abuse charges in Chicago. "But if you support the Catholic church, isn’t that like the same thing as being an R. Kelly fan? I don’t really see the difference, except for one’s music is significantly better."

The Diocese of Brooklyn released a statement on Monday condemning Davidson's joke, demanding "an immediate public apology from 'Saturday Night Live' and NBC" and claiming that "the statement clearly shocked the studio audience as gasps could be heard off camera."

"Apparently, the only acceptable bias these days is against the Catholic Church," the diocese argued. "The faithful of our Church are disgusted by the harassment by those in news and entertainment, and this sketch offends millions. The mockery of this difficult time in the Church’s history serves no purpose."

The statement characterizes Davidson's joke as an attempt to "get a laugh at the expense of the victims who have suffered irreparably," though Davidson was clearly poking fun at the church itself and not sex abuse victims. After listing efforts undertaken by the Brooklyn Diocese to address the child sex abuse crisis, the statement concluded with this claim:

"It is likely that no other institution has done more than the Catholic Church to combat and prevent sexual abuse. The insensitivity of the writers, producers, and the cast of SNL around this painful subject is alarming."

Salon reached out to Mark Rozzi, a state congressman in Pennsylvania who is a child sex abuse survivor and has pushed for reform efforts, even visiting The Vatican in February.

"I really believe that the Catholic Church should just worry about their own business and not worry about what everybody else says about them," Rozzi told Salon. "They need to look at themselves in the mirror and admit that they committed these egregious crimes against children and adults, and until they start correcting their own problems they are going to be the butt of many jokes. It may be a rude awakening for the church in that they need to start holding themselves to a higher standard. They are supposed to be the moral authority, and when they fail miserably in that, they are going to be the butt-end of some jokes, and so be it."