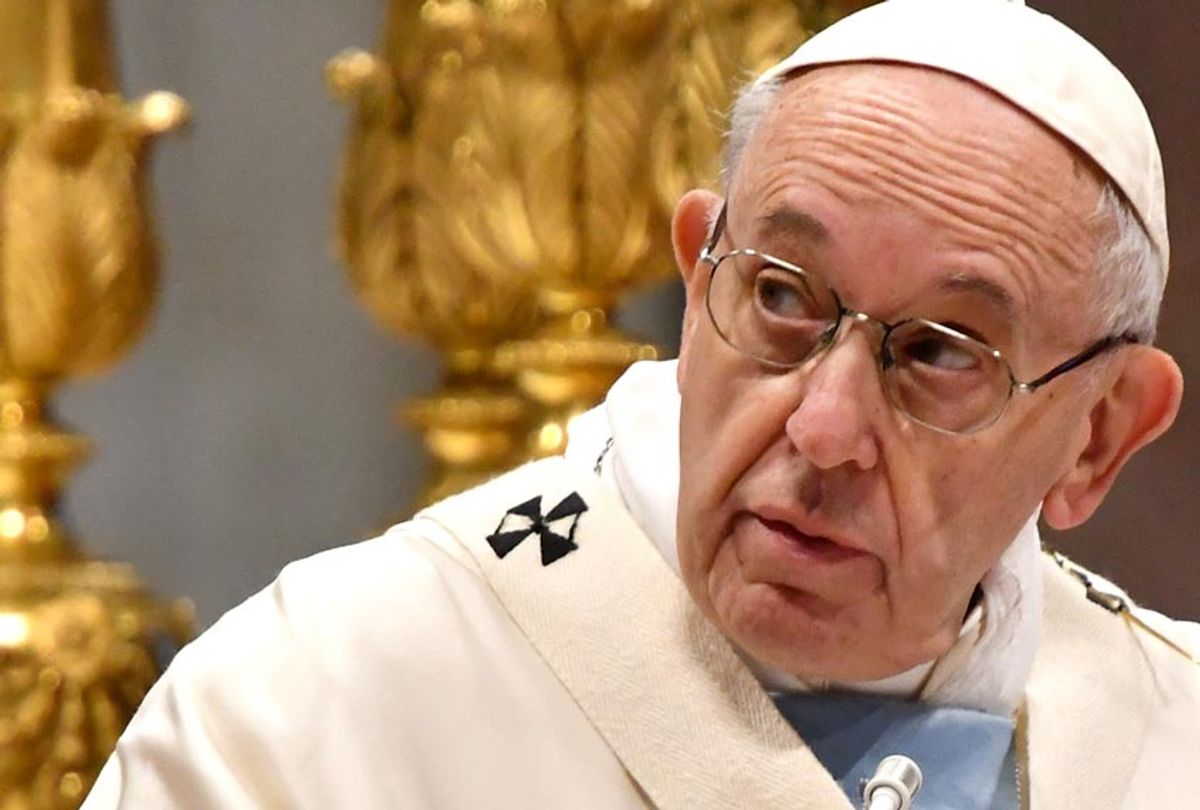 In my seven years as a published writer, no single interview has had a greater impact on me than my conversation with Pennsylvania state Rep. Mark Rozzi. Rozzi, a Democrat, has made it his personal mission to hold the Catholic Church accountable for allowing priests to sexually abuse children — and, on a broader level, to make it harder for any institution that conceals child sex abuse to get away with it.

When speaking to Salon last year, Rozzi went into graphic detail about the sexual abuse he experienced at the hands of his priest as a child, details too harrowing and upsetting to be repeated here. This week he spoke to Salon about the summit held by Pope Francis at the Vatican on Thursday, one in which the pontiff vowed to implement "concrete, effective measures" to hold wrongdoers accountable and prevent future abuses. These included creating a set of protocols for dealing with accusations against bishops, requiring psychological evaluations for priests, establishing codes of conduct for priests and other church officials that will recognize personal boundaries and creating a semi-autonomous group that can serve the needs of victims of sex abuse.

These promises sound good on paper, but are they enough? According to Rozzi, his concern is that the summit will be viewed as "a publicity stunt, if we don't see concrete action."

"A lot of these policies already have been in place," Rozzi explained. "Bishops don't follow them. They keep saying that [the Pope] wants the bishops to know what they need to do or the procedures, what they are for them to follow and what tasks need to be accomplished. The bishops have known this all along. They know that rape of a child is rape whether it happens in America or in Europe."

His words were echoed by the SNAP Network — which stands for Survivors Network of those Abused by Priests — which said in a statement that "What we wanted to see from Rome was action, yet we have heard these words before. Formalizing these points into policy is meaningless without any willingness to back them up with punishment." It also claimed that "in refusing to discipline those prelates in attendance who have had an active role in covering up and minimizing cases of child sex abuse, Pope Francis sends the message that Bishops and Cardinals are able to openly flout the very policies designed to hold them accountable."

Although Rozzi went to Rome during the Vatican summit and met with an Italian lawmaker and met with American and Italian victims of priest sexual abuse, he was not invited to meet with the pope despite being an abuse victim himself.

"I was told that I was more legislative than victim," Rozzi said. "And I understand that they just wanted, I guess, standard victims there and maybe they were afraid of what I would say or maybe speak the truth too much. I know one thing for sure — I would definitely take it right to their chin if I had the opportunity, to go toe-to-toe with them and express my disappointment in not only the past actions of the bishops, archbishops, cardinals and the Pope."

Rozzi also reflected on the parallels between the struggles he has had trying to pass meaningful reforms in Pennsylvania — a state that last year revealed hundreds of priests in its borders had abused over 1,000 children since the 1940s — and what he learned has occurred worldwide.

"The Catholic Church has a far reach into politicians like Sen. [Joe] Scarnati in Pennsylvania who will protect the institution and perpetrators," Rozzi told Salon. "It's no different than what's happening in Italy, in Africa. Tonight we had the End Clergy Abuse vigil where we got to meet victims from all over the world and Matt, let me tell you, their stories are no different than what we hear every day in Pennsylvania. And their fight for reforms are no different. They want to find out how and why this has happened, but to do that we must depose bishops, archbishops, cardinals. If they were involved, they need to get questioned under the law, under a civil court of law. And hearing those stories how in other countries they're being lobbied by lawyers and lobbyists... when they say that they're truly trying to support victims, they don't mean it. What they're saying is we're undermining you even though we're publicly acting like we support you."

Rozzi's observation reminded me of a point he raised when we spoke last month. On that occasion, I asked whether an institution with a similar amount of power and money as the Catholic Church would be treated differently if it wasn't a religious organization — and a powerful one at that.

"Absolutely," Rozzi said at the time. "They would have been already brought up under the legal charges of organized crime. There's no doubt about it. No separate business could get away with something like that, but it just goes again to show the power of the church that the influence that they had over even law enforcement. You think about Philadelphia, we had all those grand juries in Philadelphia, and I think it was between 1955 and 1985 only one priest was ever arrested in Philadelphia."

He added, "That tells you the power that they even had with the district attorneys, the police officers, where they would just bring these priests’ in and then have the monsignor, the bishop come pick them up and take them home, because they were promised to be transferred and that this wouldn't happen again."

In Pennsylvania, Rozzi is proposing reforms similar to what exist in California and what they have passed in other states. He described this in January as "retroactive measures, but most of them have been pretty much the same — a two-year window against institutions and perpetrators. Our bill isn't much different than what has passed in other states, and honestly, I think New York is going to be getting something done within the next month — a retroactive window that will allow victims the ability to go into a court of law and into their purpose and the institutions."

Rozzi also emphasized that last month, while he is a Democrat, there are plenty of Republicans who have been helpful in pushing for reform and plenty of Democrats who have not. On this issue, partisanship is not the deciding factor.

"This is what it is: People in positions of power using their power to protect pedophiles and institutions. It's no difference from the hierarchy to a state senator who's doing the exact same thing," Rozzi told Salon.