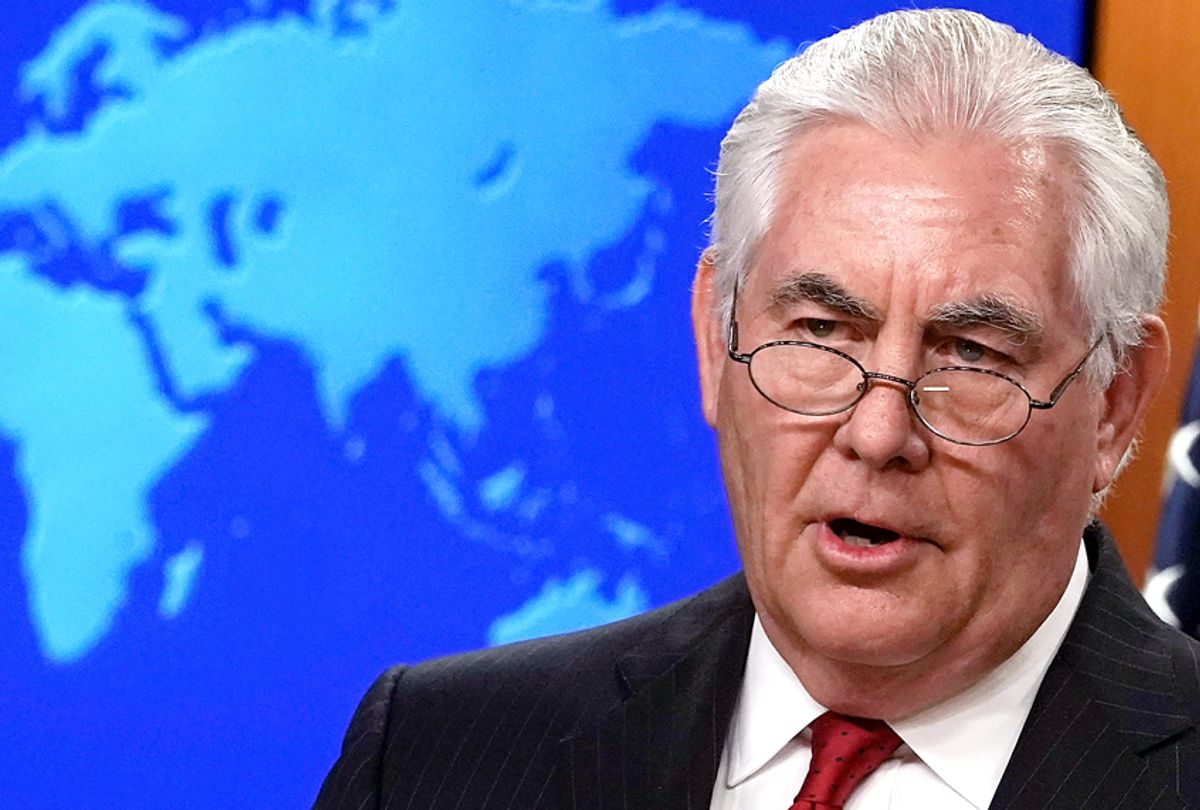 Outgoing U.S. Secretary of State Rex Tillerson makes a statement on his departure from the State Department, March 13, 2018. (Getty/Alex Wong)
--

A new book set for release on March 19th reveals that Jared Kushner and Ivanka Trump clashed with multiple senior White House officials, who were concerned the couple mixed their government work and personal interests and lacked proper expertise for the work they were trying to do, reports The Guardian.

In her new book, journalist Vicky Ward describes tense confrontations between the couple, who serve as senior advisors to the president, and high level Trump aides.

Former Secretary of State Rex Tillerson reportedly blamed Kushner for Trump’s endorsement of a blockade of Qatar by Saudi Arabia, and told him that “his interference had endangered the US.”

“You’ve got to be crazy,” Cohn reportedly scolded Kushner.

Beyond obvious conflicts of interest, the couple was derided by White House insiders for meddling too much and lacking the skills for good governance. According to the Guardian, which obtained a copy of the book, Ward claims that White House staffers made fun of Kushner for trying to be “secretary of everything.” Ivanka Trump’s team was labeled Habi – “home of all bad ideas.”

Kushner has endeavored to resolve the Israel-Palestine conflict, with no clear results. He also tried to repair the damage to Saudi Arabia’s reputation after the murder of journalist Jamal Khashoggi. Ivanka Trump has taken on women’s issues as a cause, but it’s not clear what concrete policy has resulted.

Nevertheless, the couple is said to have big ambitions, with Ivanka allegedly envisioning a Trump presidential dynasty. “She thinks she’s going to be president of the United States,” Cohn told Ward, according to The Guardian.