"We're seeing people argue about what science is and what facts are... that whole narrative is asinine." 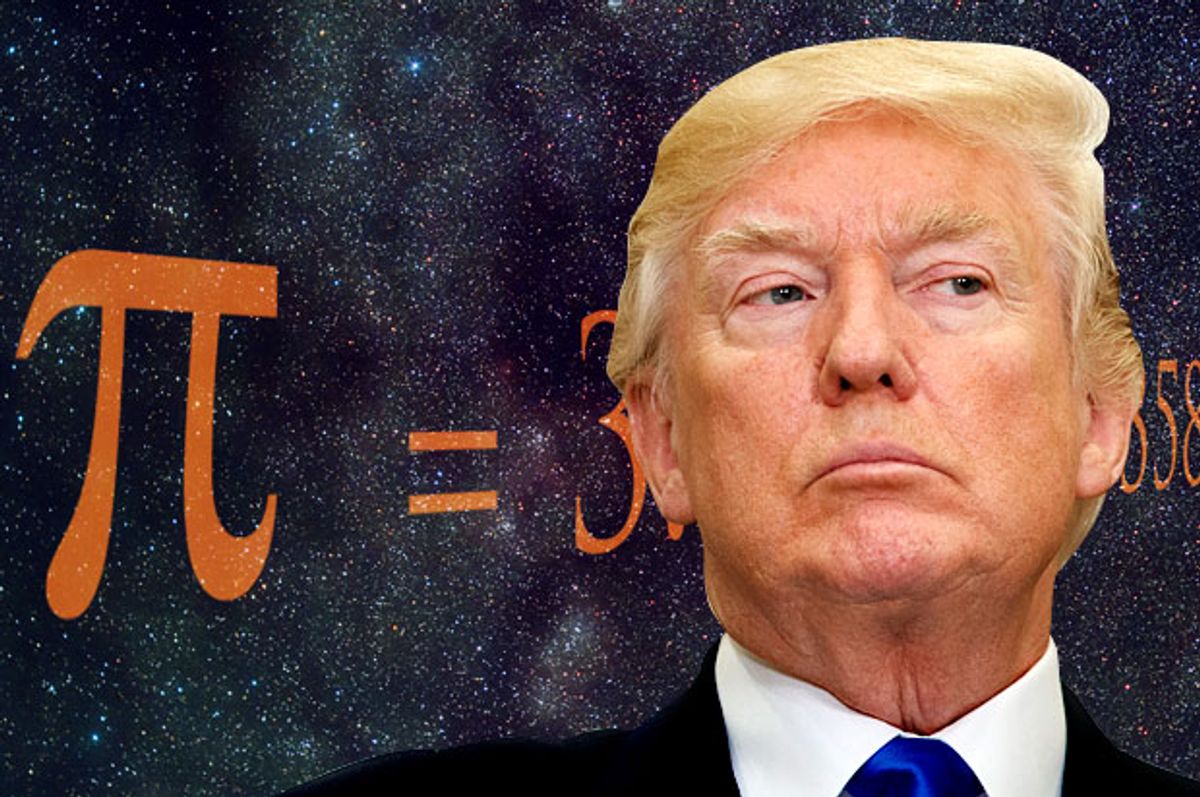 Last week, though, Rep. Joe Cunningham, D-S.C., made sure that this particular hearing wasn't boring. As he questioned Chris Oliver, the assistant administrator for National Oceanic and Atmospheric Administration (NOAA) Fisheries, he pressed his point about the NOAA's decision to allow five companies to conduct air gun testing near marine animals. Cunningham could have simply mentioned that he had been an ocean engineer and was an expert on this subject — that would have certainly attested to his credentials — but he took things one step further. With Oliver sitting right in front of him, he pulled out an air horn and blasted it.

After asking whether Oliver found that disruptive, the South Carolina legislator pointed out that marine life like North Atlantic right whales would find it difficult to hunt for food and communicate with such noise pollution surrounding them. And as Cunningham noted, we aren't simply talking about an occasional honk here and there, but blasts that occur every 10 seconds "for days, weeks, months?"

Then the coup de grâce: Cunningham asked Oliver whether he knew how much louder the seismic air gun blasts are than the simple air horn the congressman had just used to incredibly annoying effect. The man entrusted with shaping and implementing science policy for President Donald Trump admitted that he did not know.

This anecdote goes a long way toward explaining why the Trump administration's war on science is so dangerous. Since the advent of the Industrial Revolution, science has become inextricable from our everyday lives. Technology shapes how we eat, where we live, what we wear, whether our climate is stable, whether we do or do not ingest poisons, whether the wilderness that we grew up with will last for future generations. If it weren't for the digital revolution, you wouldn't be reading this article right now, and the man who was elected president in bursts of pique 140 characters long wouldn't be in office.

It should stand to reason that the people who make policy decisions that involve the sciences should have a scientific background. And yet as we commemorate Pi Day, a symbolic holiday commemorating the most well-known transcendental number, the reality is that many politicians — including the president — have an actively anti-scientific agenda.

"It's discouraging to see that facts have kind of taken a backseat to political rhetoric," Rep. Cunningham told Salon. "Unfortunately we're seeing people argue about what science is and what facts are. And to me, that whole narrative is asinine. To argue over science! Imagine us doing that with any other subject like history and people are arguing, 'Oh, I don't believe in that. I don't believe in history.' Imagine how ridiculous that would sound. But right now we're living in a day and age where folks are arguing whether or not the climate is changing, whether or not sea level is changing or the temperatures of our oceans are changing. And we have empirical data to back that up. So it's discouraging because it, like I said, it doesn't, it if we can all agree on a baseline and the foundation then it makes us building up to solve these problems that much more of a challenge."

One of the reasons Cunningham was able to get elected was that he had the backing of 314 Action, a nonprofit political action committee dedicated to electing scientists into public office. In the last election cycle, they helped eight scientists enter the House of Representatives and one congresswoman, Jacky Rosen of Nevada, get elected to the Senate. In 2020, they are recruiting in 25 districts across the country and already have almost 10 people ready to go. And to celebrate the importance of science in shaping policy, they released a promo video on that most mathematical of days, Pi Day.

"This is generally a week where we see students and scientists around the country celebrating science and the accomplishments of science," Shaughnessy Naughton, a chemist who ran for the House of Representatives from Pennsylvania in 2014, told Salon. "Then you contrast that with the budget that the Trump Administration put out, which basically eviscerates the EPA [Environmental Protection Agency]. I think it is over 30 percent cut to funding for the EPA. It cut funding for the NIH [National Institute of Health]. It doesn't even mention climate change. It really is a stark contrast to what we see at the priorities of the candidates that we helped elect. That not only want to put science first, but are basing their approaches to policy making on facts and evidence rather than some partisan ideology. I think that that's critically important right now."

"What has happened over the past couple of years in terms of threats to science, and also in this kind of last couple of hours in terms of the [fiscal year] 2020 budget as it reflects the priorities and values of the Trump administration related to science — and frankly to truth and facts in general," Houlahan told Salon.

She added, "So I think one of the reasons why I and a number of other people were motivated to run for Congress and who are now actually serving in Congress as a result of successful campaigns is because of our concern when President Trump was first elected was that this kind of attack on science and attack on truth would happen... and it has in fact happened and it continues to happen." She cited the undermining of the Department of Education, National Science Foundation, National Institute of Health and NASA as examples that concern her.

"I think that there is a bias in the Republican Party that is frankly for things like defense and against things like science," Houlahan concluded.

This isn't to say that there is no hope for scientific knowledge. When Salon asked Cunningham whether this was a good moment to promote science awareness, he pointed to his own success with the air horn demonstration last week.

"I think you have to show them firsthand," Cunningham explained. "I welcome anyone and everyone to come down to our District, the 1st District of South Carolina, to see which roads flood on a high tide or on a heavy rain. And knowing that these roads and streets did not used to flood as frequently as they do now. And then it's important to show people, upfront."

"Last week we had an official from NOAA who did not clearly understand the impacts seismic airgun blasting would have on our environment and on our mammals and marine species. And so I took out an air horn and just showed him how loud the air horn was.... And he couldn't believe it. [T]hese people are in charge of issuing permits that would authorize this type of seismic airgun blasting. So showing them firsthand like, we did with show and tell, is what we have to do to say 'This is not right. This has a negative and lasting impact on our environment and we have to, we have to change course and make some adjustments.'"

This doesn't mean that scientists are innately "better" politicians than non-scientists. Scientists, like all human beings, are a mixed bunch. The point here is that, as we commemorate a day dedicated to quantitative wisdom, we should recognize that those who have expertise in science have an invaluable contribution to make to our political life. When policy intersects with science, scientists must be consulted to offer their views, and the scientific consensus needs to be honored.

Otherwise we commit a terrible disservice not only to our collective intelligence, but to the countless scientists whose innovations have given us the technologies that we benefit from today.

"[Scientists] are more focused on problem solving that partisan allegiances," Naughton said. "What that will allow is for bipartisan solutions that will stand the test of time."