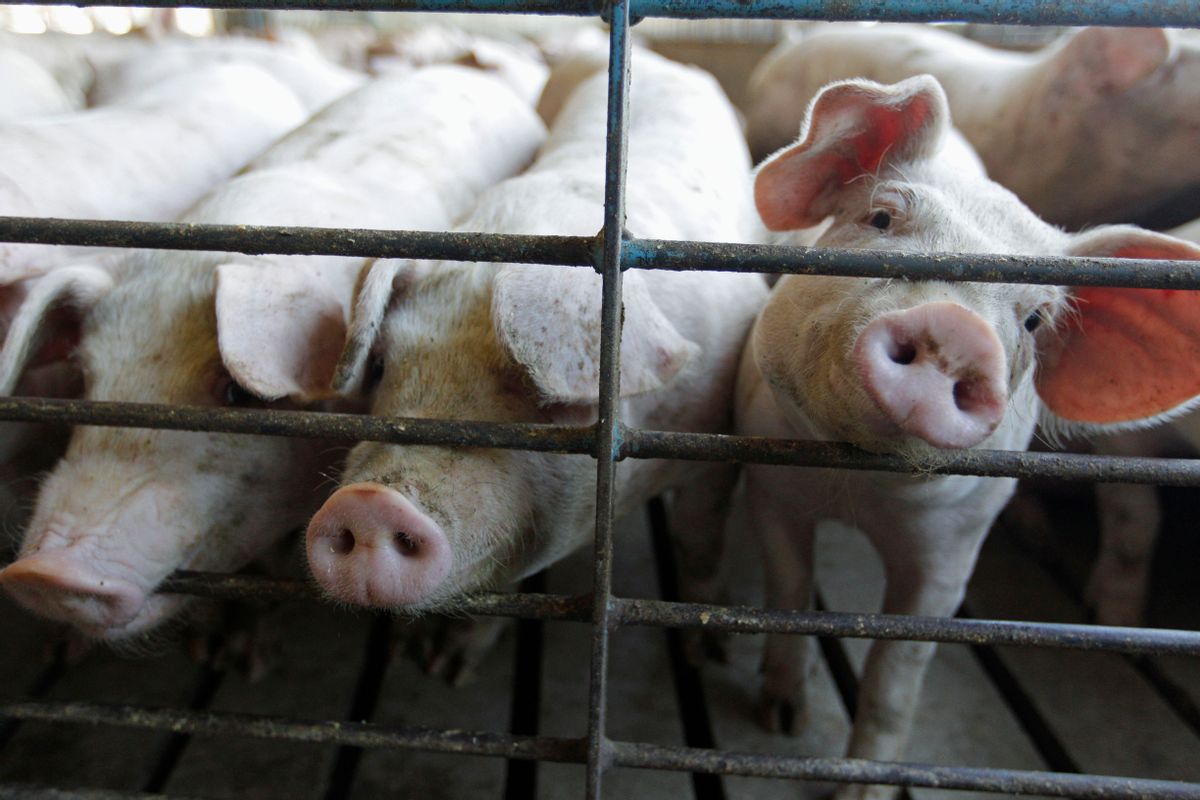 A Brazilian-owned meatpacking firm that buys pork from an Arkansas farm suspected of fouling our nation’s first national river would receive about $5 million from Trump’s bailout program for American farmers hurt by his trade war.

JBS, the world’s largest meat processor, will sell 1.8 million pounds of pork products through a Trump bailout program that buys surplus commodities from farmers and ranchers.

“We at the Buffalo River Watershed Alliance find it ironic, and saddening, that bailout money intended to help American farmers is instead going to JBS, a multinational meatpacker based in Brazil,” said Gordon Watkins, president of the alliance. “…The pork gets shipped away, Brazil gets the money and the Buffalo gets degraded. It’s too bad this bailout money couldn’t be used to close or relocate this facility to a less sensitive location.”

The Buffalo River was befouled last summer by algae that sickened people, but the U.S. Geological Survey under Trump can’t decide if the nearby pig farm and more than 3 million gallons of pig waste those pigs produce each year are to blame.

“…regardless of who the vendor is, the products purchased are grown in the U.S. and benefit U.S. farmers,” the agency spokesperson said. “JBS qualifies as a bidder under this criteria.”

In 2017, a conservation group, American Rivers, included the Buffalo on its annual list of the 10 most endangered rivers in our country because of pollution from the hog farm.

C&H Hog Farms, about 6.6 miles upstream of the Buffalo River in Newton County, supplies the U.S. operations of JBS. Cousins Jason Henson, Phillip Campbell and Richard Campbell own the business. Arkansas recently denied the farm a new permit, but the farm is continuing to operate while it fights that decision.

As part of Trump’s bailout, the administration is buying $1.2 billion in surplus products from farmers, including more than $500 million from pork producers, for distribution to food banks across the country. The U.S. trade deficit, which Trump claims can be combatted with tariffs, has hit $892 billion in merchandise trade, the largest in our nation’s history.

The Buffalo River runs for 153 miles from its start in the Boston Mountains through limestone bluffs and forests before joining the White River.  Former President Richard Nixon signed legislation in 1972 putting the Buffalo River in the stewardship of the National Park Service.