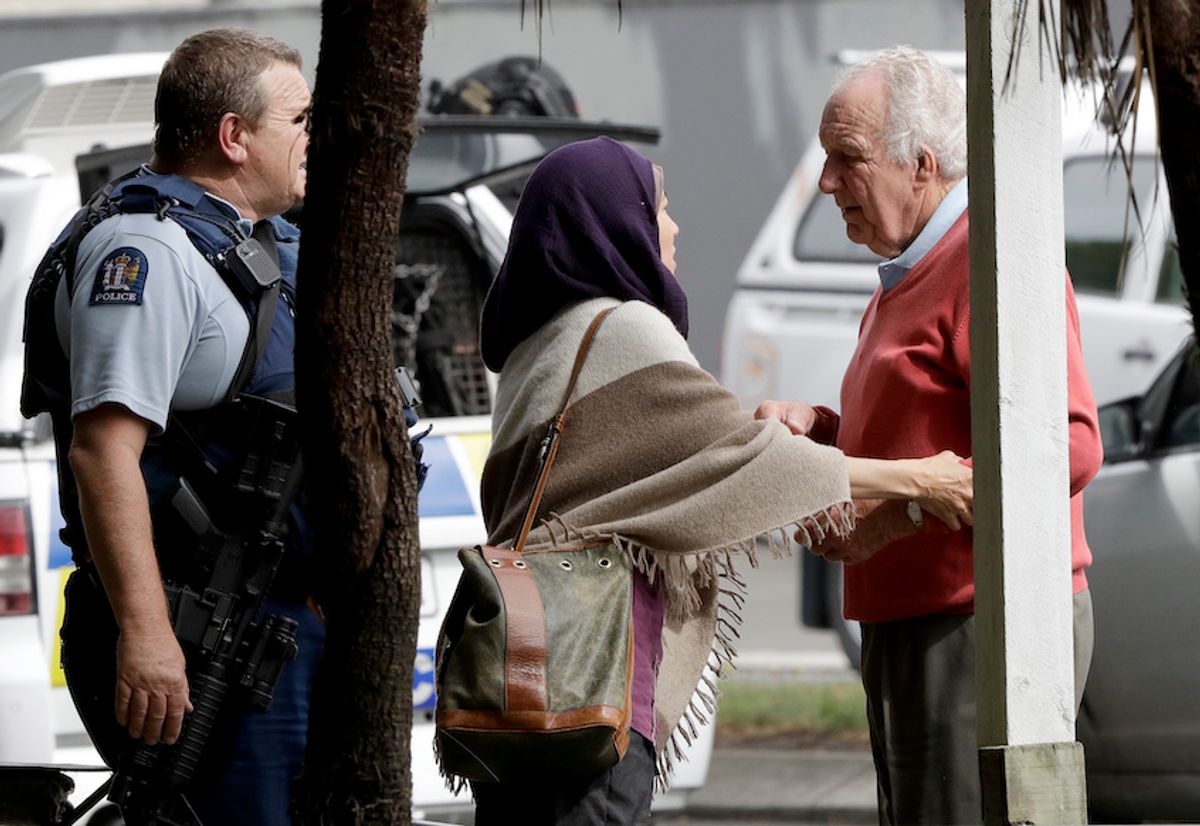 49 people are confirmed dead after at least one gunman opened fire during Friday prayers at two mosques in Christchurch, New Zealand. More than 20 other people, including children, were seriously injured.

Calling Friday one of the country's "darkest days,” New Zealand Prime Minister Jacinda Ardern described the shootings as a "well-planned terrorist attack.” Friday’s shootings are the worst act of violence in New Zealand in three decades, Ardern said. Australian Prime Minister Scott Morrison said the attack was carried out "by an extremist right-wing violent terrorist" and confirmed that a 28-year-old man who is currently in police custody is an Australian citizen. According to law enforcement officials, the man has been charged with murder and is scheduled to appear in a Christchurch court on Saturday.

The perpetrator wore a body camera and appears to have live-streamed the attack on Facebook. Police have asked social media users to stop sharing the footage but copies were still being shared on Twitter, Youtube and Facebook hours after the shootings.

"New Zealand Police alerted us to a video on Facebook shortly after the livestream commenced and we quickly removed both the shooter's Facebook and Instagram accounts and the video," Mia Garlick, Facebook's director of policy for Australia and New Zealand, said in a statement. However, copies of the gruesome video continued to appear on Facebook, YouTube and Twitter late Friday.

An anti-immigrant manifesto purportedly written by the man in police custody was posted on Twitter and the online forum 8chan shortly before the shootings. Much of the manifesto outlines venomous right-wing memes and tropes about a dying Western civilization and praised Trump as "a symbol of renewed white identity and common purpose.”

Nihad Awad, Executive Director of The Council on American-Islamic Relations (CAIR), the nation's largest Muslim civil rights and advocacy organization, called on President Trump to speak out against the attacks and the white supremacist motive of the terrorists. Trump only tweeted his “warmest sympathy and best wishes” on Friday.

Australian Senator Faser Anning released a statement blaming "the immigration program which allowed Muslim fanatics to migrate to New Zealand in the first place" as "the real cause of bloodshed" following Friday's shootings.