Rise and fall of the landline: 143 years of telephones becoming more accessible – and smart

The landline revolutionized communications, leading leap by leap to the powerful computers tucked in our pockets 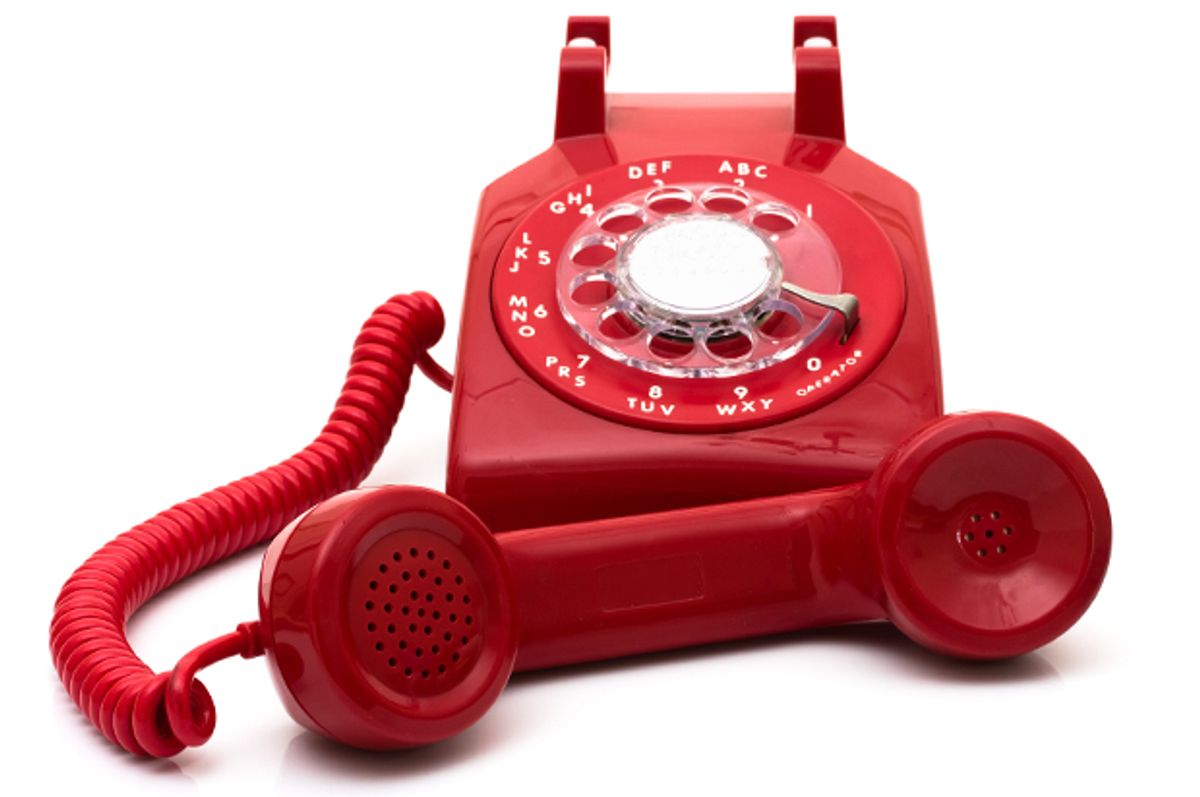 The global economy has changed dramatically over the past century and a half.

When I lecture my Boston University business students on this topic, I use one of the world’s most transformative inventions to illustrate my point: the telephone.

Before the telephone was invented, it was impossible to communicate by voice across any kind of distance. The landline in 1876, along with the telegraph a few decades earlier, revolutionized communications, leading leap by leap to the powerful computers tucked snugly in our pockets and purses today. And in the process, living standards exploded, with inflation-adjusted GDP surging from US$1,200 per person in 1870 to more than $10,000 today.

What follows are a few facts I like to share with my students, as well as several others that you might not be aware of about how the phone has reshaped our lives – and continues to do so.

‘Watson – I want to see you!’
One of the reasons I use the telephone in my lectures is because inventor Alexander Graham Bell actually created his phone and made the first call while a professor at Boston University, where I teach economics.

The first telephone call happened on March 10, 1876, a few days after the Scottish-born inventor received a patent for the device. After he accidentally spilled battery acid on himself, Bell called for his assistant with the famous phrase “Mr. Watson, come here – I want to see you!”

But that’s not the end of the story. Controversy continues over who actually invented the phone first. While Bell won the series of court battles over the first patent, some historians still give credit to Elisha Gray or Antonio Meucci, both of whom had been working on similar devices.

In fact, in 2002, the U.S. Congress acknowledged Meucci’s role in the invention of the telephone – though it didn’t give him sole credit.

Number of connected telephones
Phones started out as novelty items shown just to kings and queens.

Today, they are something almost everyone carries with them, even the homeless.

The technology passed a key milestone in 1998, when there was one phone for every man, woman and child in the U.S.

As of 2017, there were 455 million telephone numbers for the United States’ 325 million residents, or 1.4 per person. About three-quarters of those numbers were tied to mobile phones, a little over 10 percent were for old-fashioned landlines, and the rest were for internet-enabled phones.

Until then, the company had a monopoly over most of the U.S. phone system. And in many states, AT&T would only rent phones to customers. In the early 1980s, the rental fee was $1.50 to about $5 per month depending on the type of phone.

That changed in 1983, when the U.S. government ended AT&T’s monopoly. Consumers in all parts of the country suddenly had the option to buy their own phone. At the time, the price for the most basic black rotary dial phone was $19.95, or a bit over $50 in today’s dollars.

The fanciest Trimline phone with push-buttons, instead of a rotary dial was sold for about $55, which is just under $150 today.

Plummeting costs
One reason phones have become so indispensable for communicating is that the cost keeps dropping to make calls.

Making a coast-to-coast phone call a century ago was very expensive. Back in 1915, a three-minute daytime phone call from New York City to San Francisco cost $20.70. Adjusted for inflation, that means the rather abrupt call cost more than $500 in today’s money.

Over the next half-century, prices fell drastically, although it was still rather pricey. In 1968, the same three-minute call cost $1.70 – or about $12 today. That’s why, when I was dating the woman who became my wife, we primarily spoke at night – when phone calls were much cheaper – to save a little money.

Today, almost no one thinks about the price of a single cross-country call or tries to keep conversations short to save money. Phone call prices plummeted after the breakup of the U.S. telephone monopoly in the 1980s. And the invention of technologies like “voice over IP” – popularized by Skype – pushed prices down even further.

Prices have gotten so low that the Federal Communications Commission stopped tracking the cost of long-distance calls in 2006. After decades of recording phone call costs it reported the average long-distance call in 2006 cost just 6 cents per minute. Since most people don’t pay by the minute anymore an extra minute of talking on the phone today is effectively free.

There’s a dark side to cheap calls, however. Robocalls are now constantly spamming Americans. The same reduction in price makes it easy for con artists to ring millions of phone numbers looking for someone gullible enough to believe their pitches.

Phone demographics
It gets a bit more interesting when you look at what types of phones households still use. There has been a dramatic shift in the last few years from landlines to cellphones, with a surprising connection to our well-being.

In 2018, a government survey found that almost 55 percent of households use cellphones exclusively, up from less than 10 percent in 2005. Another 36 percent have both a mobile phone and a working landline. Just over 5 percent of those surveyed said they relied entirely on a landline, compared with over a third of households in 2005. The remaining 3 percent said they didn’t have a phone.

So who are those people who still only use landlines?

Since it’s the Centers for Disease Control and Prevention that actually conducts this survey, we know a little more about those 5 percent. As you might expect, they are primarily elderly people – and they tend to own their homes. In contrast, households that have only mobile phones are more likely to be made up of young people who are renting. They’re also more likely to be poor and live in the Northeast.

In terms of well-being, the CDC notes that the adults in wireless homes are more likely to be healthier and get plenty of exercise than those with only landlines. Conversely, they are also substantially more likely to have had at least one “heavy drinking day” in the past year and more apt to be a current smoker.

Phones have reshaped our lives. The next time you pull out your phone, spend a minute pondering what your life and the world would be like if the phone hadn’t been created.