The college admissions con game has many victims: "The level of accommodation is obscene" 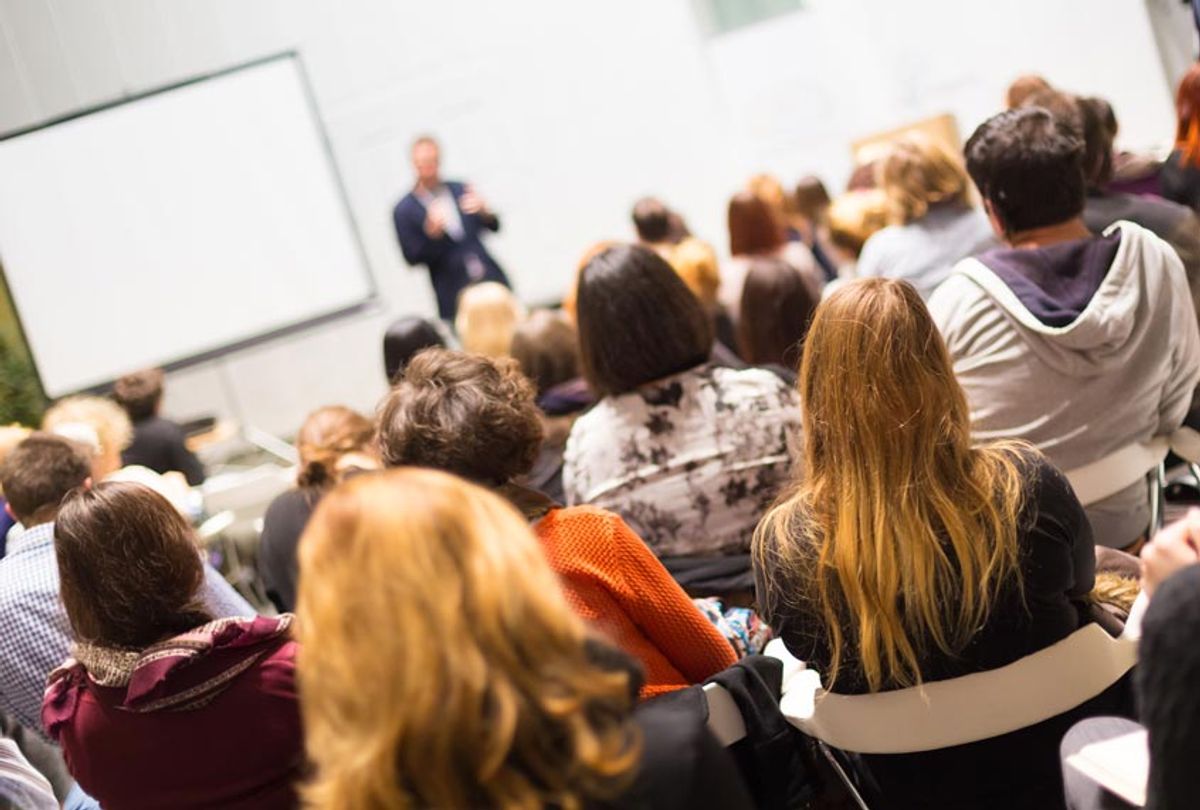 The suicide note had been slipped under the department office door. "It was in a window envelope that made it look like an invoice," Chris Riordan recalls, his voice steady. "So the office assistants didn't open it; they just stuck in the non critical mailbox." The student was no stranger to his office. "This kid came to the university with a serious drug problem," he says. "There's no way the parents didn't know about it."

Chris is the head of a department at a large midwestern university. (Chris's name, and some identifying details about his employer, have been changed to protect his privacy.) It is not an Ivy League institution, but any parent would be proud to say their child is attending. I was put in touch with him earlier this week while looking for someone inside academia to speak on the record.

After a widespread admissions scandal blew up this week, in an investigation known as Operation Varsity Blues, plenty of us — myself included — have been drinking deeply from the sweet, sweet cup of schadenfreude. But while it's easy to feel self-righteous about karma catching a few wealthy people who bribed their children's way into college, the story has exposed only a fraction of how corrupt, how broken, how blatantly biased and easily exploited our higher education system is.

The practice of shoving unqualified students into college isn't new, but it reaches far beyond bequeathing a big gift to any Ivy League or faking some water polo photos for an application. It affects myriad schools, and every one of the students and faculty in them in turn. An acceptance letter to a prestige institution may be a happy ending for mom and dad and whomever's palms they greased along the way, but it's just the beginning for the kid who now has to attend that school, for their peers who actually earned their way in and for their overburdened teachers.

So I wanted to find out how what Chris calls "lawnmower parents" and their system-gaming offspring have warped the college experience. I called him one afternoon at his office. It was an emotional, hour-long experience. At times, he sounded choked up. I was too.

Chris has been at this particular university over a decade and in academia for more than 20 years. He's seen it all, and now he's trying to figure out a way out — either of his specific college or better yet, higher ed in general. "Last year, they did an internal survey of morale among professors and staff," he tells me. "On a scale of one to 100, we got a morale rating of 9. You're not trained to be a social worker, shrink and special ed teacher, and you shouldn't have to be."

But it's not just the faculty who are suffering. "College is one of those unacknowledged major life transitions I don't think parents give enough credence to," he explains. "College isn't necessarily the best time in your life. It's confusing. It's when you go from being a child and within four years you're expected to be a complete adult. And it's increasingly hard for these kids, because they've got lawnmower parents who feel the need to mow down any obstacles in their way. That's not how life works. They have no idea how to deal with any conflict or obstacle or even minor problem."

This, he says, is part of what's fueling what he says is a "huge" drug and alcohol abuse and self harm problem on his campus. "Cutters used to be rare," he observes. "Now not only are there tons of them, they'll come to class in a short outfit and it looks like someone's been playing tic tac toe up and down their legs. It's a giant scream for help." A 2013 Association for University and College Counseling Center Directors survey found that a stunning 95 percent of respondents said that "the number of students with significant psychological problems is a growing concern ."

The ways in which higher ed has increasingly evolved into what Chris describes as "nursery school" for the privileged also play out in more absurd scenarios. He recalls a student crying in his office, saying he was homesick — and that he was missing morning classes because he didn't have his mom to wake him up and fix his breakfast.

The other victims of the college con game are the students who legitimately are there for an education. Beyond the uncountable numbers of high-achieving applicants shut out from prestigious schools to make way for legacies and trust fund kids, there are the ones who do make it in — and then have to put up with their dum-dum classmates.

"When you get these kids who aren't prepared, whose parents cheated their way into the institution and wrote their essays for them, did their homework for them," Chris says, "it's the good students who end up suffering. You end up dumbing down the curriculum and spend so much time on the problem children who don't come to class, who have all these fake accommodations. The brightest and smartest and most talented are not being challenged enough; they're not being given enough individual attention. And they resent it. They're sitting there thinking, 'Why is this mouth breather sucking up all the air in the room?' They resent it, so they get angry. They're depressed because they see these people who aren't working. I've had students complain that even in college, parents still doing work for their kids, or paying someone to write their papers."

"The level of accommodation is obscene," he continues. "You can get a letter to the professor from the accommodations department that says your kid doesn't have to go to class because they're impaired. You have to waive the attendance policy and give them unlimited time to complete their assignments. The minute you say, 'This is BS; this is a lab class. If you don't come to a lab class, there's no way to make up that work. It also impedes the forward momentum of every other student if their lab partner doesn't show up to class. Other people's work suffers and it creates emotional problems for other kids,' you'll end getting called into your dean's office and yelled at."

He adds, "The kids who genuinely need the accommodation, who are on the spectrum or have dyslexia, those are not the kids who are gaming the system. Those are kids who use their accommodation fairly. The kids who are lying and whose parents are helping them out, they're the ones filing paperwork halfway through the semester and want to retroactively go back and redo everything. They're the kids who never show up to class, never turn anything in. Yet people are bending over backwards to keep them in school and pressure the professors to work with them."

Despite his legitimate frustration at the exasperatingly ill equipped students flooding his once famously rigorous institution — and his description of some of his privileged undergrads as "budding sociopaths" — Chris also recognizes where the greater blame lies. "These kids are impaired because of what their parents have done and the way their parents have raised them. They are stunted as individuals. Emotionally, intellectually, morally. You're not in college to get a grade and you're not in college just to make the connections to get the job you want. That's not the point of education. Part of an education, dating back to the Greeks, was to make better citizens. These are not the kind of citizens you want."

It doesn't have to be like this. Chris advises, "There is nothing wrong with looking at your kid and saying, they're not ready for college. Maybe it's a good idea for them to work for a year and save money. Figure out some of their problems. Figure out what it is they really want to major in." That's a big factor. He says that "forcing some kid to pick a major because of their parents' ego and their parents' anxiety is super toxic and not doing the kid any favor."

The point of raising a family, it should be obvious, is not to create human trophies. Your children are not your status symbols. And any system that financially preys on parental emotional insecurities is a system that is rotten at the roots. It's unsurprising that Chris doubts he will able to tolerate another year at his school, and hopes this spring is his last. But as for the kid who sent the suicide note, the message was intercepted in time. He wound up taking some time to reassess his life and his learning. "He's alive," Chris says. "And he's now in a different major."