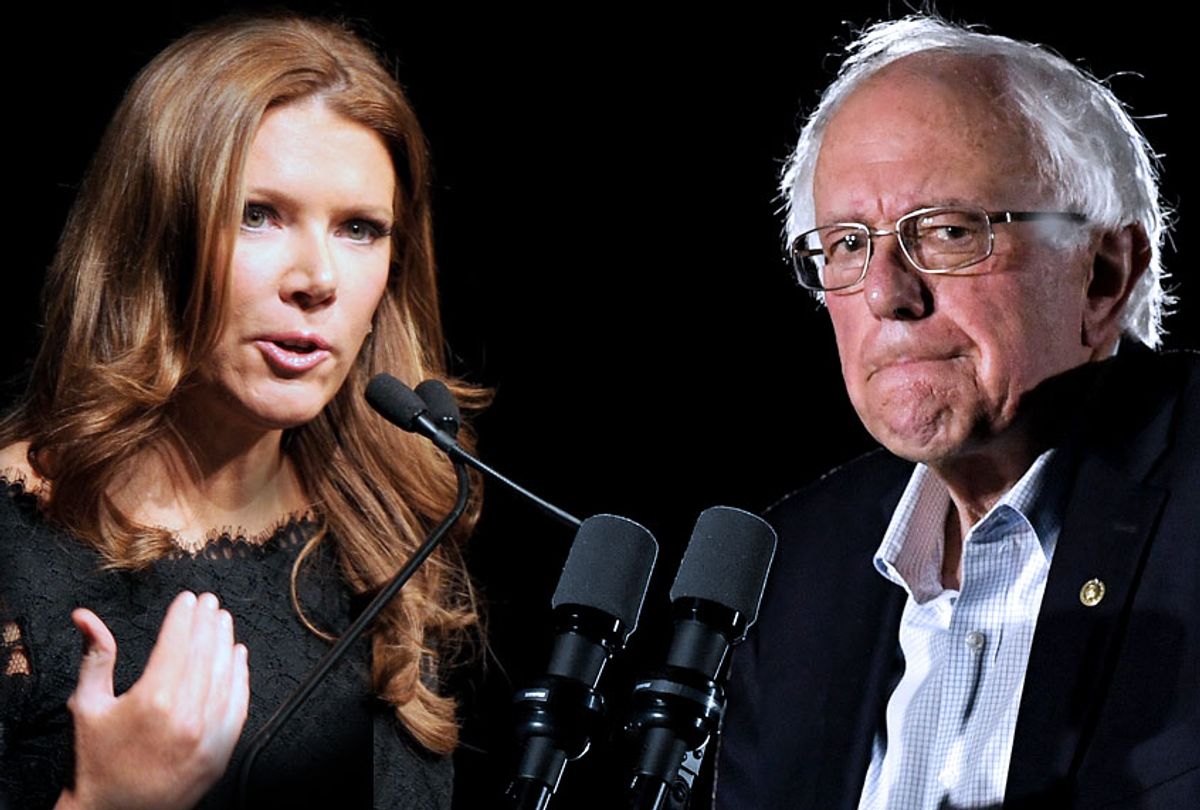 It was recently revealed that at one time Sanders once called for the nationalization of major industries, as part of his more overtly socialist past. Sanders' 2016 campaign, and its aftermath, have unquestionably pushed the Democratic Party to the left on social, economic and foreign policy issues alike.

Regan told Salon that she thinks Sanders' "democratic socialist" agenda will ultimately disqualify him in the eyes of a majority of American voters. She points in particular to Sanders' stance on the conflict in Venezuela, where the left-wing president Nicolás Maduro faces an insurgency supported by the United States, and led by opposition leader Juan Guaidó.

Regan has emerged as a major U.S. media voice drawing attention to Maduro's human rights violations, She has interviewed Guaidó and U.S. Vice President Mike Pence about the conflict.  In a February segment that went viral, Regan argued that Sanders "jumped the shark" when he refused to refer to Maduro as a dictator.

"This really drove it home for me in a very big way," Regan told Salon. "I'm willing to give anybody the benefit of the doubt, I'm willing to listen. But when you are turning your back on a major humanitarian crisis, because maybe you want to stick up for a socialist dictator, I have a problem with it."

I responded by pointing out that Sanders has consistently been a critic of what he perceives as American neo-imperialism, and he understands the Trump administration's support for the opposition in Venezuela as part of that history, going back to the 19th century. Regan didn't buy it: "There's a right and wrong in life, and this is an opportunity to do what's right versus what's wrong."

"You have people starving in Venezuela, that's the humanitarian aspect of this," Regan said. She also argued that if America doesn't get involved in nations like Venezuela, other countries with opposing interests would do so instead.

"I agree with you that the United States has a checkered history of being involved in places that it should not always be involved," Regan said. "I would also agree that the outcomes in many of these places have not always been helpful to those countries, nor have they been helpful to us.

"I think you can look at instances even in Latin America where that's played out as well. I think that we need to be cognizant of that and very aware of that .... You ought to be able to have that conversation while simultaneously admitting that Nicolás Maduro is running a dictatorship."

It's debatable whether many American voters are following the Venezuela crisis closely, or have strong opinions on the matter. But Regan believes that enough Americans fear that a President Sanders could lead to a Maduro-like "socialist" failed state to make Sanders unelectable.

"I fundamentally believe that socialism, as an economic system, doesn’t work and therefore leads to problems such as we see in Venezuela," Regan stated. If Bernie Sanders wins the Democratic nomination, she predicted, we'll wind up with four more years of Donald Trump.