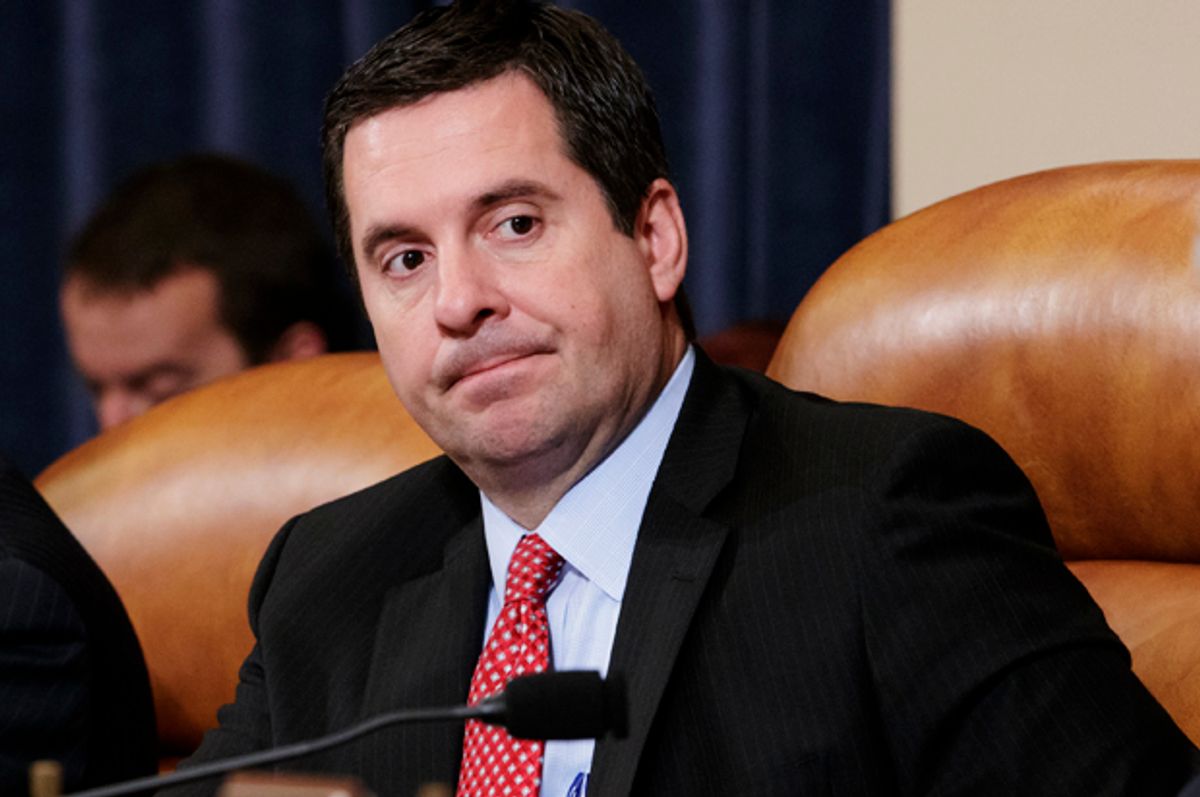 The complaint, which was filed Monday, alleges the social media giant censors conservatives by "shadow-banning" them to amplify the voices of liberals and progressives on the platform. Nunes accuses Twitter of "facilitating defamation on its platform" by "completely ignoring lawful complaints about offensive content and by allowing that content to remain accessible to the public" and by "intentionally abandoning and refusing to enforce its so-called terms of service and Twitter rules." The congressman claims the social media company "knowingly acted as a vessel of opposition research" – and potentially influenced the outcome of the 2018 midterm elections.

"Twitter, by its actions, intended to generate and proliferate the false and defamatory statements about plaintiff [Nunes] in order to influence the outcome of the 2018 Congressional election and to intimidate plaintiff and interfere with his important investigation of corruption by the Clinton campaign and alleged Russian involvement in the 2016 presidential election," the lawsuit reads.

The suit alleges Mair "relentlessly smeared and defamed" Nunes during the 2018 campaign by "filming stunts at Nunes' Washington office and posting them online, publishing videos on YouTube that falsely accused Nunes of multiple crimes; repeatedly publishing false and defamatory statements on Twitter; defaming Nunes online and to the press; and failing fraudulent ethics complaints against Nunes accusing him, inter alia, of violating House Ethics Rules."

In one case, Mair accused the California Republican of being involved with a winery entangled in a scandal involving the solicitation of child prostitutes and cocaine. She also accused Nunes of doing cocaine, claimed he was involved in a "Russian money laundering front" and repeatedly referred to him online as "Dirty Devin."

Nunes also accuses Twitter of failing to remove defamatory statements made about Nunes by the Twitter accounts @DevinNunesMom and @DevinCow, which the congressman said were meant to "defame" him and "interfere" with his duties.

"Defendant, Devin Nunes' Mom, is a person who, with Twitter's consent, hijacked Nunes' name, falsely impersonated Nunes' mother and created and maintained an account on Twitter (@DevinNunesMom) for the sole purpose of attacking, defaming, disparaging and demeaning Nunes," it states.

The lawsuit states that while the "full scope of the conspiracy" remains unknown, including the names of participants and the extent of any involvement by members of the Democratic Party, Nunes' legal team reserves the right to amend the complaint as more information becomes available.

The suit asks for $250 million in compensatory damages, "including pain, insult, embarrassment, humiliation, emotional distress and mental suffering and injuring to his personal and professional reputations," plus an additional $350,000 in punitive damages.

The account @DevinNunesMom has been suspended as of Tuesday.

Republicans have been highly critical of top technology companies in Silicon Valley, accusing them of having a political agenda and censoring conservative speech. Without providing evidence, Trump himself has even promoted this theory on his official Twitter account.

Twitter has previously denied allegations that it took steps to decrease the reach of conservative content on its website through shadow banning, attributing the criticism to an algorithm intended to reduce the presence of "bad-faith actors" like white supremacists and other extremists. The social media platform says it does not ban users based on political viewpoints or ideology.