Theresa May has lost two Brexit votes and is denied a third. Begging the EU for an extension is her final gambit 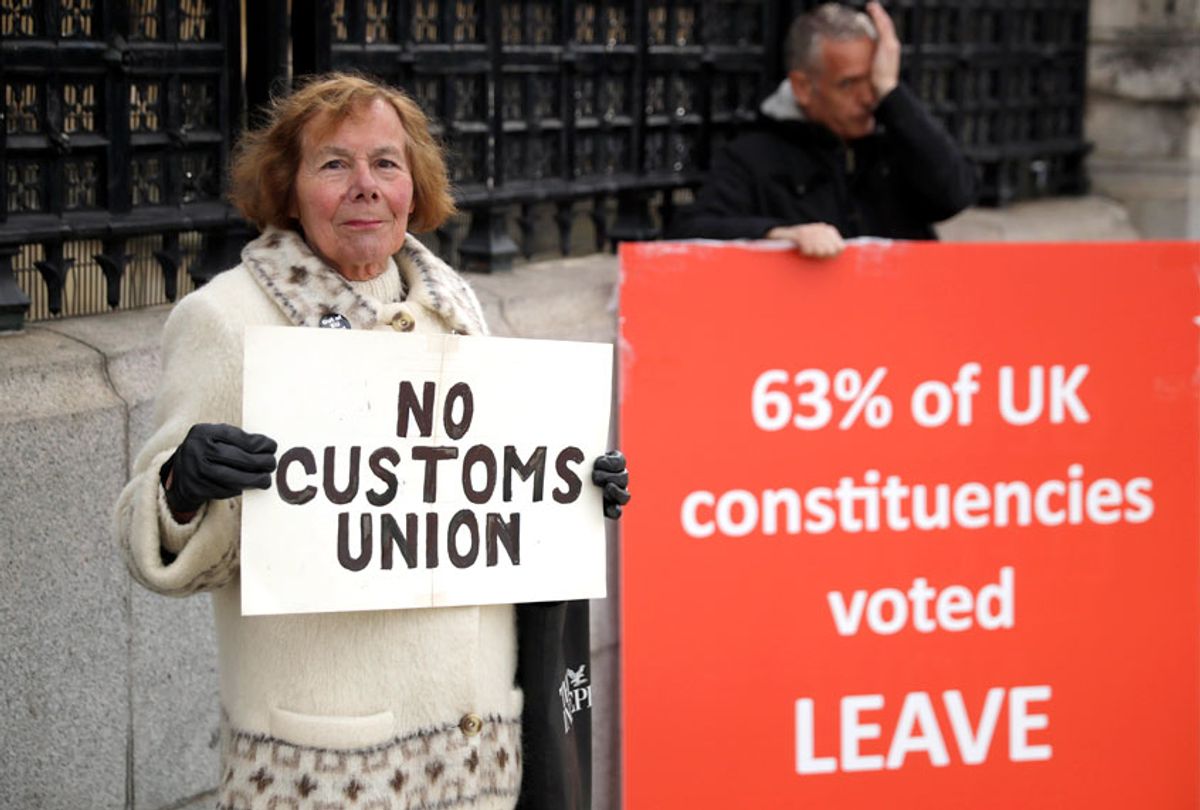 In a confusing new twist in the Brexit drama, John Bercow, the colorful speaker of the British Parliament, has ruled that Prime Minister Theresa May cannot call for another vote on her deal with the European Union unless a new parliamentary session has begun or she has changed the substance of the previous Brexit deal. But May is still hoping for a third vote, and is also hoping to delay the U.K.'s scheduled departure from the EU, currently set for next week.

Brexit Secretary Stephen Barclay told BBC Radio 4's Today that Bercow's ruling was "serious" and that it was receiving "serious consideration" because it is important to "respect the referee." He added that if Parliament always followed precedent then "nothing would ever change," according to the BBC. Barclay predicted that if necessary the May government's supporters in Parliament would "find a way" to get another vote, if they can convince enough MPs to alter their previous decision and back May's deal.

May's previous Brexit vote, which was held last week, failed in Parliament by 149 votes, leaving the U.K. officially headed toward a "no-deal" Brexit on March 29, meaning that many issues relating to Britain's future relationship to the EU remain unresolved.

According to Barclay, May will need to obtain "clarity" from European Council President Donald Tusk on the "terms of an extension" for the Brexit withdrawal, assuming that Tusk agrees to it. May will reportedly write a letter to Tusk requesting the extension, as that will be necessary to allow enough time for a new deal to get through Parliament.

Speaker Bercow tanked May's original hope of getting a vote on another Brexit deal on Monday, fulfilling his traditional role as the keeper of Parliament's rules, convention and procedure, according to the BBC. Although Bercow was formerly a Conservative MP, speakers are meant to avoid partisan decisions and only work to make sure correct parliamentary procedure is followed. This week, Bercow cited a ruling from 1604 — a reminder of how long the parliamentary speakership position has existed. (Seven speakers have been beheaded for various reasons, although the last time was in 1535.) The idea that speakers should be independent of partisan politics did not emerge until the 18th and 19th centuries.

Even if Bercow had not ruled against May, she would still have had no obvious path to pass a Brexit deal. The EU's chief Brexit negotiator, Michel Barnier, recently told a press conference in Brussels that May should not take it for granted that she will be given an extension, according to the Guardian. Extra time will only be permitted if the new Brexit deal is meaningfully different from its predecessor, and if good reasons for an extension can be provided.