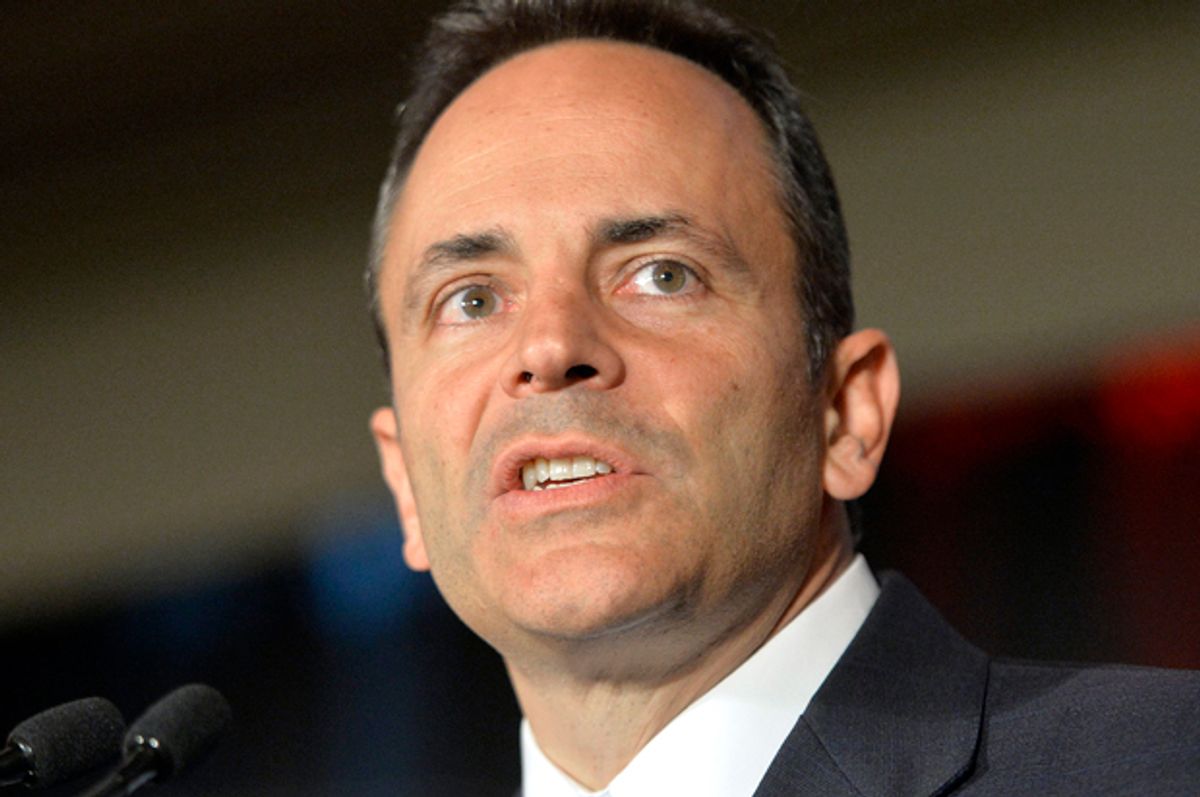 Kentucky Governor Matt Bevin (R.) shared his own beliefs on vaccinations this week — beliefs which defy common medical wisdom, and which have raised alarm among public health experts.

In an interview with the Bowling Green radio station WKCT on Tuesday, he said if parents are worried about chickenpox, they should have them vaccinated. However, if they are not worried, they shouldn’t have to merely because the government mandates it.

“If you are worried about your child getting chickenpox or whatever else, vaccinate your child,” the governor said. “But for some people, and for some parents, for some reason, they choose otherwise. This is America. The federal government should not be forcing this upon people. They just shouldn’t.”

(Note that this is not how vaccines work from a scientific standpoint; there is a lower limit to the percentage of the populace who must be vaccinated in order for vaccines overall to be effective; meaning if the public is vaccinated in a piecemeal manner for contagions, epidemics may break out, as the current Washington state measles outbreak attests.)

Bevin elaborated on his position with a personal tale.

The U.S. Centers for Disease Control and Prevention does not recommend this tactic. As noted on their website:

There is no way to tell in advance how severe your child’s symptoms will be. So it is not worth taking the chance of exposing your child to someone with the disease. The best way to protect infants and children against chickenpox is to get them vaccinated.

Medical experts who spoke to The Louisville Courier-Journal called this method of exposure “dangerous.”

"I would never recommend or advise it," Dr. Robert Jacobson, a pediatrician and expert in vaccines and childhood diseases at the Mayo Clinic in Rochester, Minnesota, told The Louisville Courier-Journal. "It's just dangerous."

Bevin’s remarks follow a chickenpox outbreak reported this week at a Kentucky Catholic school. Some of the parents of these children, according to the Washington Post, did not vaccinate their kids.