The politics of binge watching: Why shows like "Madam Secretary" can get you hooked on politics 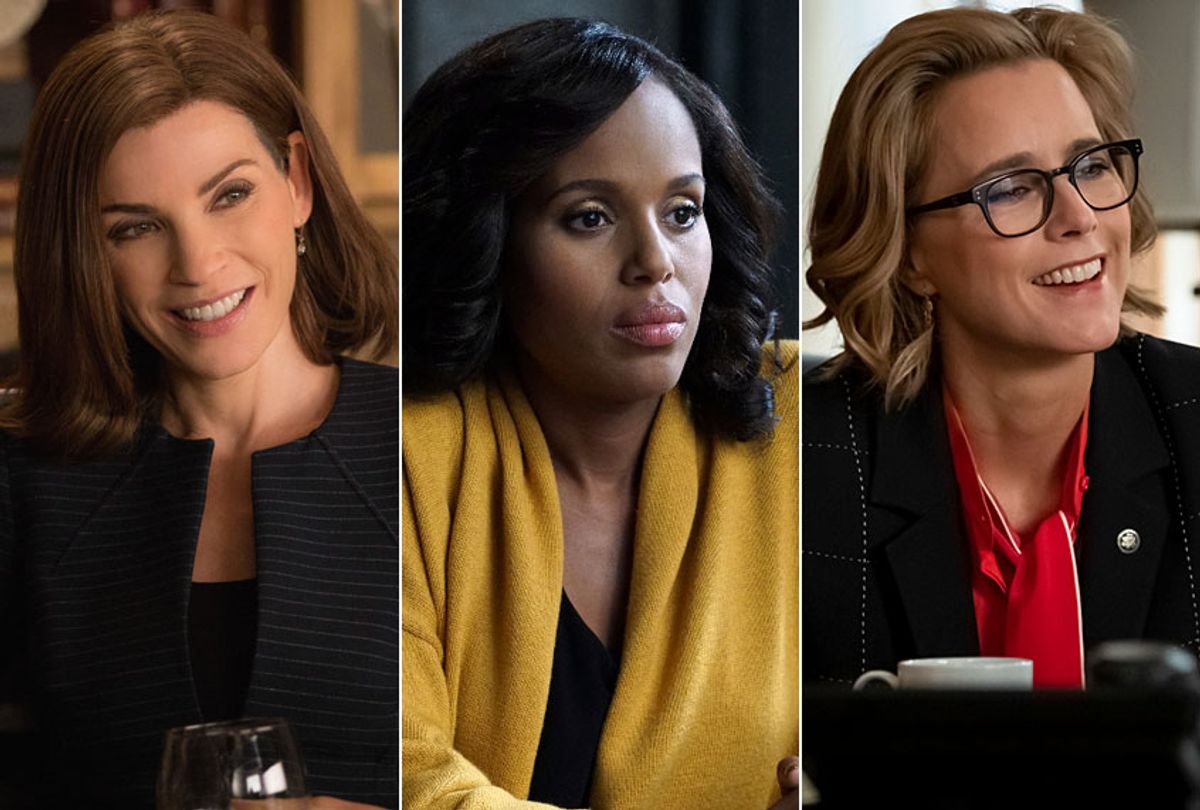 Binge-watching TV has never been easier thanks to the rise of streaming services. Netflix's pop-up asking "Are you still watching?" can feel like subtle shade at 3 a.m. after you've already consumed eight episodes in a row of "The Good Place." But according to a new study, there are benefits to binging a political show with a female lead character, behavior that's connected to increased political engagement.

Purdue University's Jennifer Hoewe, an assistant professor of communication, along with doctoral candidate Lindsey Sherrill at the University of Alabama, conducted a study of 218 fans (70 percent of whom were women) of three political dramas — "The Good Wife," "Scandal" and "Madam Secretary" — to test their prediction if active viewership affected political efficacy and interest. The researchers selected these shows for what they see as a more accurate depiction of women in political leadership. The results of the study are published in the Journal of Broadcasting and Electronic Media.

"We were really interested in looking at these particular shows because they represent something different in current political television where the main characters are women," Hoewe told Salon. "We thought these were super interesting to see if they have some influence on the audience. A lot of people tend to think of entertainment tv as being just that: entertainment, and not much more. But we wanted to see if maybe there’s potential — especially when you see a woman in political leadership — for more political outcomes, like interest, efficacy and participation."

Hoewe and Sherrill found participants from online fan forums, subreddits and through Twitter, seeking out viewers who were interested in finding additional content about the shows and thus deemed active viewers.

"There’s a good amount of research that looks at entertainment content, generally, that has found that when you view — it can be a movie, a TV show, or even reading a book, you feel this process called transportation," Hoewe said. "And what that means is you’re engaged with the narrative, you’re interested in what’s going on, you want to find out what happens, and you maybe lose track of time while you’re consuming that media."

"We were connecting that to a concept called parasocial relationships and that’s where we form an immediate relationship with a character, in this case a TV character," she continued. "So we thought that if you experienced this engagement with the narrative, then that would facilitate your relationship with the character."

That's why you can feel like a TV character could be your friend  — hi, David Rose from "Schitt's Creek"! — or look up to the character in some way, or feel seen by their depiction.

While Hoewe and Sherrill were confident that binge-watchers would feel both transportation and parasocial relationships with the female leads on "The Good Wife," "Madam Secretary" and "Scandal," they felt less sure about whether this active and connective viewership would translate into political participation.

"That was the big part that we didn’t feel like had been tested yet," Hoewe said. But it did. "It panned out, so if you experienced transportation and then felt that relationship with the characters, you were more likely to feel efficacious in politics and more interested."

Hoewe and Sherrill gauged this increased political interest by surveying fans about their confidence in making political decisions; how frequently they intended to follow news about politics, and their involvement in political activities, like signing or circulating petitions, contacting public officials and attending rallies.

"The study tells us that entertainment television can be more than just entertaining," Hoewe added. "It can provide some positive impact. In this case, these political dramas featuring women are providing downstream political engagement, which means we can be getting people more interested in participating in the political process."

Hoewe added that the study reifies how critical representation is in media content. While they focused on gender for this particular study, they believe the methodology could be replicated across a myriad of intersections of identity to show that watching characters not typically depicted as being in political leadership roles in real life or on TV "can help people understand that politics can be accessible to everyone."

The next step for Hoewe is a follow-up experiment that will test shows with male lead characters in political situations to see if there are differences in the effect on viewers. Her guess is there are.

But in general, Hoewe hopes that featuring women in reality-based political leadership roles on TV will be understood as potentially impactful, especially since such representation is still somewhat rare. Beyond just entertainment, the study proves "that shows that represent a diverse group of people in non stereotypical ways can be beneficial — for, in this case, political processes," Hoewe said.

"I think that’s an important thing to consider when you’re making media content," she added. "How is it going to affect the audience and am I going to affect my audience in a positive way?"