Democrats would have picked up 16 additional seats in 2018 if not for Republican gerrymandering, according to study 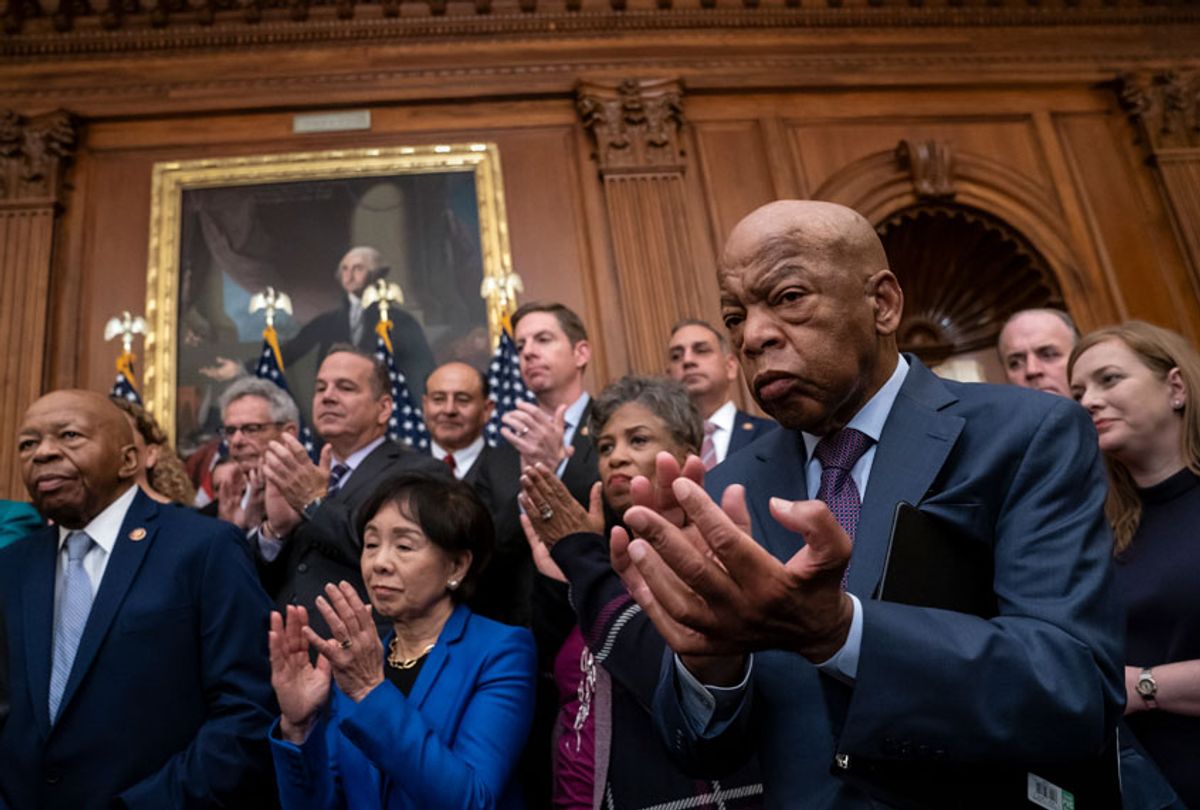 A new study reveals that, although Democrats were able to regain control of the House of Representatives for the first time in eight years during the 2018 midterm elections, their gains were offset by the effects of Republican gerrymandering over the past decade.

Democrats would have picked up roughly 16 additional seats from their actual total in 2018 if it had not been for partisan gerrymandering around the country, according to a new study by the Associated Press. The analysis also found that in state legislative elections, Republican redistricting may have helped them hold on to at least seven chambers that otherwise would have gone to the Democrats.

"The AP examined all U.S. House races and about 4,900 state House and Assembly seats up for election last year using a statistical method of calculating partisan advantage that is designed to flag cases of potential political gerrymandering," the Associated Press reported. "A similar analysis also showed a GOP advantage in the 2016 elections."

The report added, "The AP used the so-called “efficiency gap” test in part because it was one of the analytical tools cited in a Wisconsin gerrymandering case that went before the U.S. Supreme Court in 2017 and is part of a North Carolina case scheduled to be argued on Tuesday before the court. In that case, justices will decide whether to uphold a lower court ruling that struck down North Carolina’s congressional districts as an unconstitutional political gerrymander favoring Republicans."

The question of whether partisan gerrymandering should be allowed has long plagued the United States. The term "gerrymandering" was coined due to the pioneering tactics used in reshaping districts practiced by Vice President Elbridge Gerry, who oversaw the drawing of one district in a shape that critics claimed looked like a salamander. Last year the Supreme Court decided not to rule on a partisan gerrymandering case in Wisconsin, although it left an opening for the case to be brought back to their docket in the future. In 2017, however, the Supreme Court did strike down gerrymandered legislative districts in North Carolina on the grounds that they were drawn up with the goal of diluting the votes of African American citizens.

Matt Walker, president of the Republican State Leadership Committee, told Splinter News that he disagreed with the theoretical basis of the AP's study, which relied on an "efficiency gap" test.