"I'm not rooting for Mr. Mueller to demonstrate that he is a criminal," Comey writes, referring to Trump 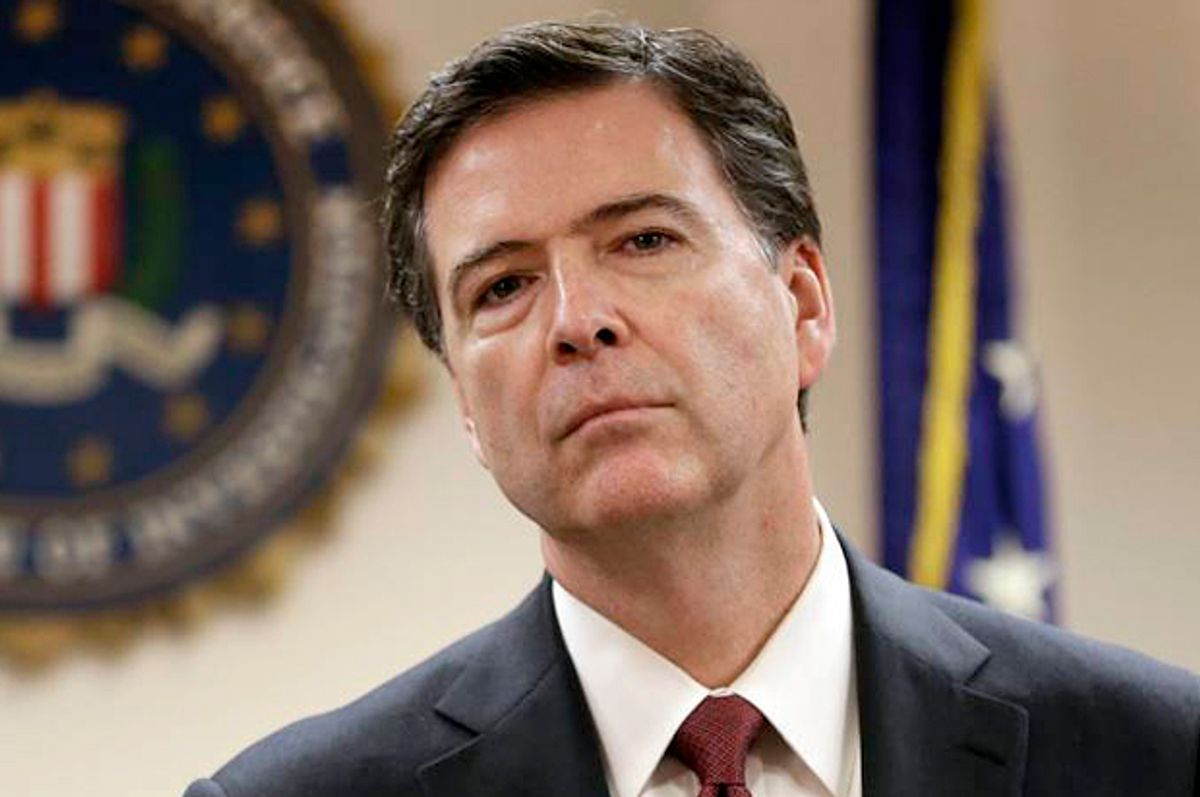 Former FBI Director James Comey claims he does not care what special counsel Robert Mueller concludes in his report on allegations of collusion between President Donald Trump's 2016 campaign and Russia – only that the probe is "complete and unbiased."

"I have no idea whether the special counsel will conclude that Mr. Trump knowingly conspired with the Russians in connection with the 2016 election or that he obstructed justice with the required corrupt intent," Comey wrote in an op-ed for the New York Times published Thursday.  "I also don't care."

Comey, who was fired nearly two years ago by the president, says he only wants "maximum transparency" surrounding the special counsel's investigation and only cares that Mueller is able to "finish his work, charge whatever cases warrant charging and report on his work." Mueller was appointed as special counsel to lead the investigation into Russian interference in the 2016 election shortly after Comey's dismissal from the FBI.

Comey has been a vocal critic of Trump since exiting the Justice Department, publicly condemning the president's actions, remarks and character on multiple occasions. In the new op-ed, Comey wrote that although he considers Trump "morally unfit" to be the president, he is cheering on a specific outcome when Mueller's findings are complete.

"I am rooting for a demonstration to the world — and maybe most of all to our president and his enablers — that the United States has a justice system that works because there are people who believe in it and rise above personal interest and tribalism," the former FBI director added.

"That system may reach conclusions they like or it may not, but the apolitical administration of justice is the beating heart of this country," he continued. "I hope we all get to see that."

Comey said it is fine to wonder about the reports contents, but "hoping for a particular answer is not. The rule of law depends upon fair administration of justice, which is rooted in complete and unbiased investigation."

He condemned Trump's constant attacks on the federal investigation, the early portions which Comey led while serving as the head of the nation's top law enforcement agency before being fired in 2017. He wrote that it is "deeply concerning that the president of the United States would try to protect himself by torching the institutions of justice."

The former FBI director also noted that his "one hope" is Congress does not move to impeach Trump before the end of his term, because then a "significant portion of this country would see [efforts to impeach Trump] as a coup."

"It would drive those people farther from the common center of American life, more deeply fracturing our country," Comey added.