"As a Christian, I certainly believe that's possible," the nation's chief diplomat claims 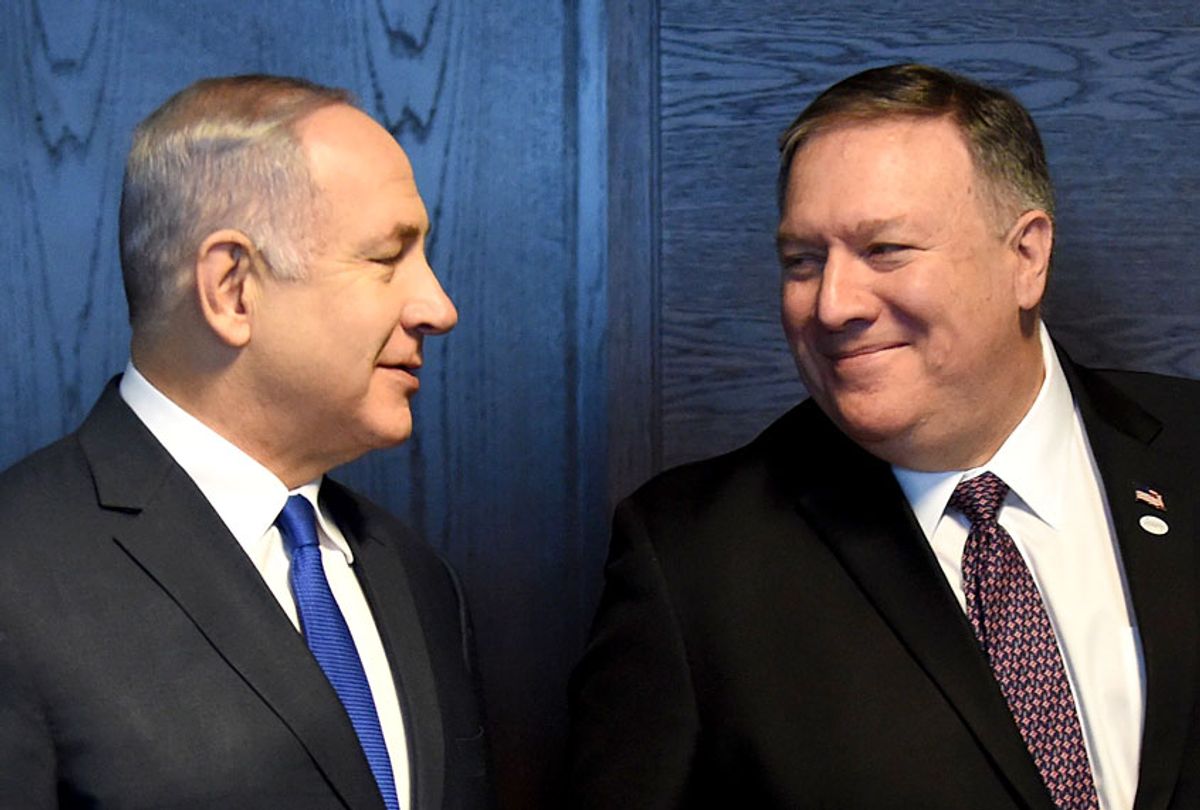 Secretary of State Mike Pompeo suggested God may have sent President Donald Trump to Earth to protect the Jewish people from Iran.

In an interview with Christian Broadcasting Network, which aired Thursday after Pompeo visited the Western Wall in Jerusalem with Israeli Prime Minister Benjamin Netanyahu, the secretary was asked whether he thought "President Trump right now has been sort of raised for such a time as this – just like Queen Esther – to help save the Jewish people from an Iranian menace."

"As a Christian, I certainly believe that's possible," Pompeo responded. He went on to applaud the Trump administration for ensuring that "this Jewish state remains."

"I am confident that the Lord is at work here," he added.

Thursday was Purim, the Jewish holiday which commemorates the rescue of the Jewish people from genocide on the orders of Haman, a royal vizier to the Persian King of Xerxes I. The Old Testament Book of Esther says that Esther, Xerxes' Jewish queen, convinced the king to revoke his order, thus saving the lives of the Jews in the kingdom with help from God.

Pompeo's remarks came after Trump reversed longstanding U.S. policy Thursday by announcing the administration's support for Israel's claim to sovereignty over the Golan Heights, the contested territory that Israel seized from Syria during the Six-Day War in 1967 and formally annexed in 1981.

"After 52 years it is time for the United States to fully recognize Israel's Sovereignty over the Golan Heights, which is of critical strategic and security importance to the State of Israel and Regional Stability," Trump tweeted.

The annexation of the Golan Heights has not been recognized by the international community, who considers the occupied territory and Israeli settlements there as illegal under international law. The U.S. and the United Nations have previously refused to recognize Israeli sovereignty over the area, in accordance with U.N. Security Council resolution 242, which states the "inadmissibility of the acquisition of territory by war and the need to work for a just and lasting peace in which every state in the area can live in security." The U.N. special envoy from Syria, Geir Pedersen, recently reiterated that stance.

"The Security Council is very clear that the Golan is Syrian territory, and the first aspect of (Resolution) 2254 is of course the territorial integrity of Syria," Pedersen said at a news conference in late February, in response to a question regarding legislation introduced by Republican Sens. Ted Cruz of Texas and Tom Cotton of Arkansas, as well as GOP Rep. Mike Gallagher of Wisconsin, which seeks to recognize the Golan Heights as Israeli territory.

But there had been hints that the Trump administration was heading in the direction of recognizing Israeli sovereignty over the Golan Heights. The 2018 State Department report on human rights practices referred to the Golan Heights as an "Israeli-controlled" area, instead of "occupied territory" as it had been described in the past. And late last year, the U.S. opposed a U.N. resolution that annually condemns Israel's presence in the Golan Heights — the first time it had done so. The international community, meanwhile, believes the status of the Golan should be determined by negotiations between Israel and Syria, but attempts to bring the two countries together have failed.

Pompeo did not address Trump's support of Israel's claim to sovereignty over the Golan in the CBN interview, but he noted that his Christian faith has significantly influenced his actions and remarks — from his service in the army, as a congressman, then as the director of the CIA and now through his tenure as secretary of state.

"In each of those missions, the task that I have is informed by my understanding of my faith, my belief in Jesus Christ as the savior," Pompeo said.

Pompeo has recently come under scrutiny for allowing only "faith-based media" to attend a State Department press call on the subject of international religious freedom.

In a joint press conference with Israeli President Reuven Rivlin on Thursday, Pompeo said, "Israel has no better friend than the United States."

"These are not just words. This is what we do on a daily basis for the benefit of us both," he continued. "The United States has a moral and public obligation to prevent hostile forces eroding regional stability, and that is what we will do."

Israeli Prime Minister Benjamin Netanyahu, who is facing one of his toughest election challenges in years next month, said Trump "has just made history" by declaring that Israel should have sovereignty over the Golan Heights. Netanyahu called the president's statement a "Purim miracle."