Scott Walker was finally defeated. But he refuses to go away 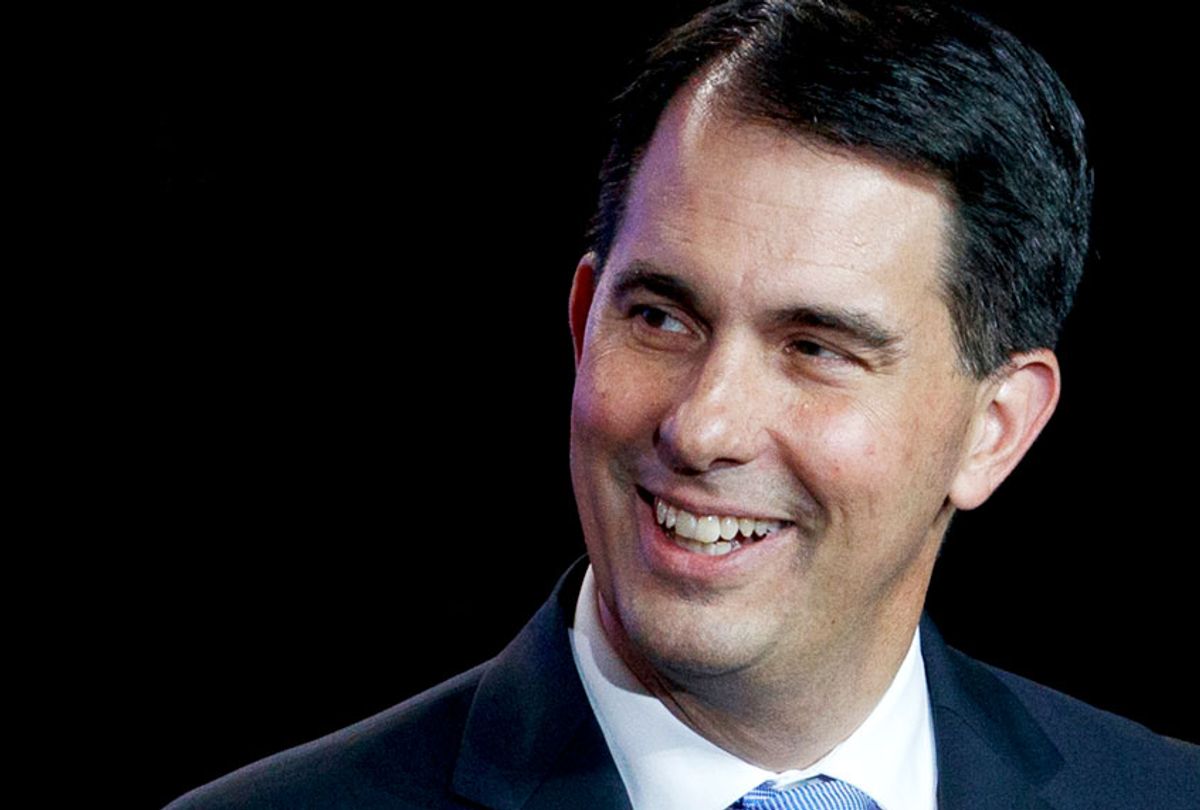 The former Republican governor of Wisconsin, once seen as a leading presidential contender before his short-lived 2016 campaign flamed out, appears poised for a political comeback, only months after he was ousted as the Badger State's top executive in last fall’s midterm elections. Walker announced this week that he is re-entering the political fray with a series of new endeavors aimed at strengthening the Republican Party and promoting conservative policies nationwide.

On the same day that a Wisconsin judge ruled against Walker and Republican legislators -- who tried to strip power from the incoming Democratic governor and attorney general during a lame-duck session late last year -- Walker announced that he will be the chief fundraiser for a Republican group dedicated to protecting partisan gerrymandering across the country. The group will focus on drawing maps for Congress and state legislatures.

“There is not nearly the level of intensity right of center as there’s been on the far left,” Walker told Politico, admitting that his new job is a direct response to Democratic efforts to fight partisan gerrymandering. “I know firsthand the impact the other side’s efforts can have on this,” he said.

After years of Republican dominance, Wisconsin staged close to a clean sweep last fall. Democrat Tony Evers defeated Walker, and voters also re-elected Sen. Tammy Baldwin and a Democratic secretary of state, along with voting in a new Democratic attorney general. But even as Democratic candidates for the state assembly garnered 54 percent of the popular vote, Republicans held enough seats to control 66 percent of the legislature due to extreme gerrymandering. That didn’t save Walker, and Evers, the new governor, has proposed a nonpartisan redistricting process in his new budget. Walker now appears to blame national Democrats for his political misfortune.

"Barack Obama and Eric Holder want to gerrymander Democrats into permanent control, so we are working to ensure that our side has the organization and resources to combat their efforts," Walker said in a statement.

Holder, who was Obama's first attorney general, has overseen a national effort to redistrict gerrymandered districts across the country. Last year his group helped liberals in Wisconsin sue Walker to force him to schedule special elections for two open seats in the state legislature. Holder’s group, the National Democratic Redistricting Committee, is back in the Badger State this year for an upcoming race for the Wisconsin supreme court.

"We're not here to gerrymander for Democrats," Holder said at a stop in Milwaukee last week. "I just want to have a fair process and I'm confident that if we have a fair process, Republicans, conservatives, will not do as well as progressives, as Democrats in a fair fight.”

Litigation over Wisconsin's maps began in 2011, the year Walker signed off on them as governor. By all accounts they are among the most extreme in political history. His new effort to stave off nonpartisan redistricting commissions comes as the GOP prepares for the 2020 census, after which politicians will redraw congressional and state legislative district maps. Walker’s group, the National Republican Redistricting Trust, plans to raise $35 million to fight court battles over political maps.

Before he left office in January, Walker signed three controversial bills to limit Evers' powers as governor and pushed through 82 appointments to various state boards and commissions. These lame-duck moves were immediately challenged in court and a Wisconsin judge ruled on Thursday that the entire session had been unconstitutional. The GOP had attempted to prevent newly empowered Democrats from withdrawing from a multistate challenge to the Affordable Care Act. The law signed by Walker also stripped the state’s attorney general of discretion and gave the legislature powers usually and exclusively reserved for the attorney general. After the judge's Thursday ruling, Evers withdrew Walker’s 82 appointments the next day. It was an ignominious end to  Walker’s comeback week.

On Monday, Walker garnered profiles in major publications for his other new job when the Center for State-Led National Debt Solutions, a nonprofit established by a former tech executive in 2015, announced the former Wisconsin governor as its new chairman. The group advocates for the so-called Article V movement, a push for an unprecedented national convention to amend the U.S. Constitution to require a balanced budget amendment. In 1995, a proposed amendment passed the U.S. House of Representatives but failed by one vote in the Senate.

Under Walker, Wisconsin became the 27th state to pass a resolution in support of an Article V convention — named for the article of the U.S. Constitution that allows such a process. According to the Constitution, two-thirds of the states must request such a convention for one to occur and three-fourths of states must vote to ratify any amendment. Walker has been tasked with convincing six other states to follow suit.

“This is really going to have to be state driven,” Walker told the Washington Post this week. He said he plans to “elevate” the issue during the 2020 presidential election and intends to campaign for the issue in states like South Carolina, Virginia and Minnesota this year.

Walker, who often boasts that he balanced Wisconsin’s budget every year in office, drastically cut public school funding — including to the University of Wisconsin system — to do so. Since coming into office, however, President Trump has overseen a major increase in both the national debt and deficit, as Republicans passed a massive corporate tax cut without making significant cuts in government spending.

So Walker’s most recent push could set him up as a credible outsider equipped to take on profligate spending by Republicans in the Trump era, as the Washington Post’s James Hohman noted.

“Common-sense conservative ideas are making a comeback and they are turning our states around,” Walker said to announce his new weekly column in the conservative Washington Examiner. As the Post reported, Walker’s also signed with a speaker’s bureau and is eyeing an opportunity to guest-host a news-talk AM radio show in Milwaukee. He’s running for something; we just don't know what

Walker told the Post that he might be interested in running for governor again, or perhaps for the U.S. Senate seat that Sen. Ron Johnson, a Republican, has hinted he will vacate in 2022.

“I would defer to him,” Walker said. “If he chose to run again, I wouldn’t run.”

With Robert Mueller’s report now complete (if not yet released to the public), Republicans may soon start seriously looking around for a conservative challenger, either to run against Trump or succeed him. Don't count Scott Walker out just yet.