The Reagan era and "Us": Sins of the '80s still haunt America in Jordan Peele's horror tale

Spoilers ahead! Horror may be the only genre that is able to hold the mirror up to us and show us who we are 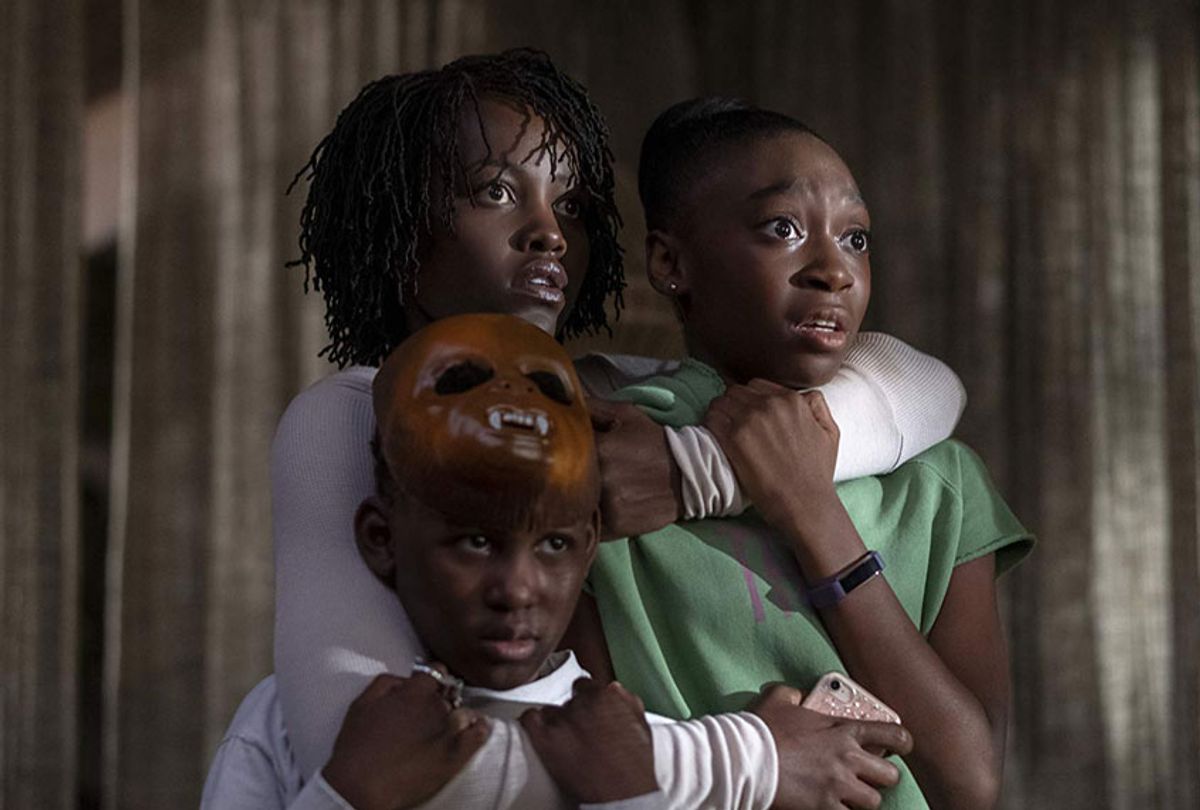 At first blush, using Hands Across America as a plot device, as Jordan Peele does in his new horror film "Us," seems a bit odd. The 1986 stunt, in which millions of Americans tried to hold hands across the country in an effort to fight hunger,  is a random piece of cultural ephemera barely remembered by those of us who lived through it and likely totally unknown to anyone under the age of 35.

But the choice reflects Peele's keen eye for the revealing absurdities of the world, an eye that made the satire of his first feature film, "Get Out" work so well. Hands Across America is the 1980s distilled, with its aggressive wholesomeness and cheerleading for a vision of America where people had set aside centuries of racism and oppression in favor of holding hands and singing as one happy, loving family. This was the America that was constantly being sold to Americans at the time by Ronald Reagan and his "Morning in America" ads, chipper sitcoms like "The Cosby Show", and Michael Jackson's cute Pepsi ad with the smiling boy in it.

It's almost trite to point out how much that clap-happy vision was papered over a society that was, in fact, in serious distress. Reagan was a corrupt and racist villain, not a sweet grandpa. Bill Cosby was a serial rapist. And Michael Jackson was allegedly molesting that boy in the Pepsi commercial. And Hands Across America was a flop that barely raised any money for charity.

The present moment in "Us" is haunted by the '80s, which is a pretty direct representation of the current horrors of American life. After all, we're now ruled by Donald Trump, who spent the '80s as an icon of that era's excessive materialism and economic inequality that has only accelerated since then. And Trump ran on a campaign that could be safely described as nostalgic for the '80s, right down to his "Make America Great Again" slogan, stolen directly from Reagan and racist fantasies about urban crime straight out of lurid 80s tabloids.

In "Us", Hands Across America is transformed from a dippy symbol of '80s guilelessness and turned into an uncanny motif suggesting the worst parts of America haven't just conquered its people,  but colonized the land. This hardly feels like an exaggeration as the Trumpification of our country gradually rots us from the inside out.

"Us" is a movie that will no doubt reward multiple viewings, and not just to seek signs of the twist ending everyone will be talking about. It's dense with references both to the '80s — there's even a recurring motif of Black Flag, the '80s hardcore band — and to other horror movies and science fiction stories dating back decades. The main premise of the movie, of a class of soft-handed people living sunny lives above the ground while another race lives in deprivation and darkness below, owes a lot even to a book published in 1895, "The Time Machine" by H.G. Wells.

The one reference, however, most people will be talking about is no doubt the Michael Jackson's "Thriller" T-shirt, which is a central motif repeated throughout the movie as much, if not more, than the references to Hands Across America. Peele says he had no idea that the documentary "Leaving Neverland," which airs multiple allegations of extensive child abuse at Jackson's hands would be coming out mere weeks before "Us," but noted that "the duality of Michael Jackson has been well documented" well before that documentary.

The T-shirt is one of the most multi-layered symbols I've ever seen in a film. It's a shoutout to John Landis, the horror director who also directed the "Thriller" video, of course. The oversized shirt is draped over the body of the child actor playing a young Adelaide Wilson — played by Lupita Nyong’o as an adult — and it serves to highlight the girl's small and fragile frame, making it impossible not to think about the equally small boys that Jackson allegedly abused.  Adelaide's mother notes that the video gives the girl nightmares, another reminder of the very real horrors lurking under the surface of Jackson's insistently childlike and virtuous public image.

The "Thriller" video itself plays with the classic horror trope of wholesome American life being a cover for ugly horrors beneath. It's almost painful to watch now, as the video repeatedly shows the sweet, well-mannered Jackson being exposed as a monster — first a werewolf, then a zombie — with the last shot being Jackson, having convinced his girlfriend that she's safe with him, turning to the camera to show his true, monstrous face. Which turned out to be a pretty accurate read on the man himself and his willingness to manipulate both the public and people around him, and of course, a larger symbol of America, particularly in the '80s.

"Us" is the same story, using the premise that every person literally has a shadow self that is a monster and wishes to destroy them and replace them, the same way the ogreish id of America took over the White House in the shape of Donald Trump. It's a classic horror trope that had fallen by the wayside in the age of tedious torture porn, but it's very much welcome back. Our denial of our own wretchedness as Americans takes a different form that it did in the '80s, but we are still in denial. And horror may be the only genre that is able to hold the mirror up to us and show us who we are.

"We are Americans," the monstrous version of Adelaide responds when asked. It's a truth the family at the center of the film doesn't want to hear, but of course, by the end of the film, there is no other satisfying explanation.