Amid Mueller consternation, AOC says Trump is a "symptom of much larger problems" 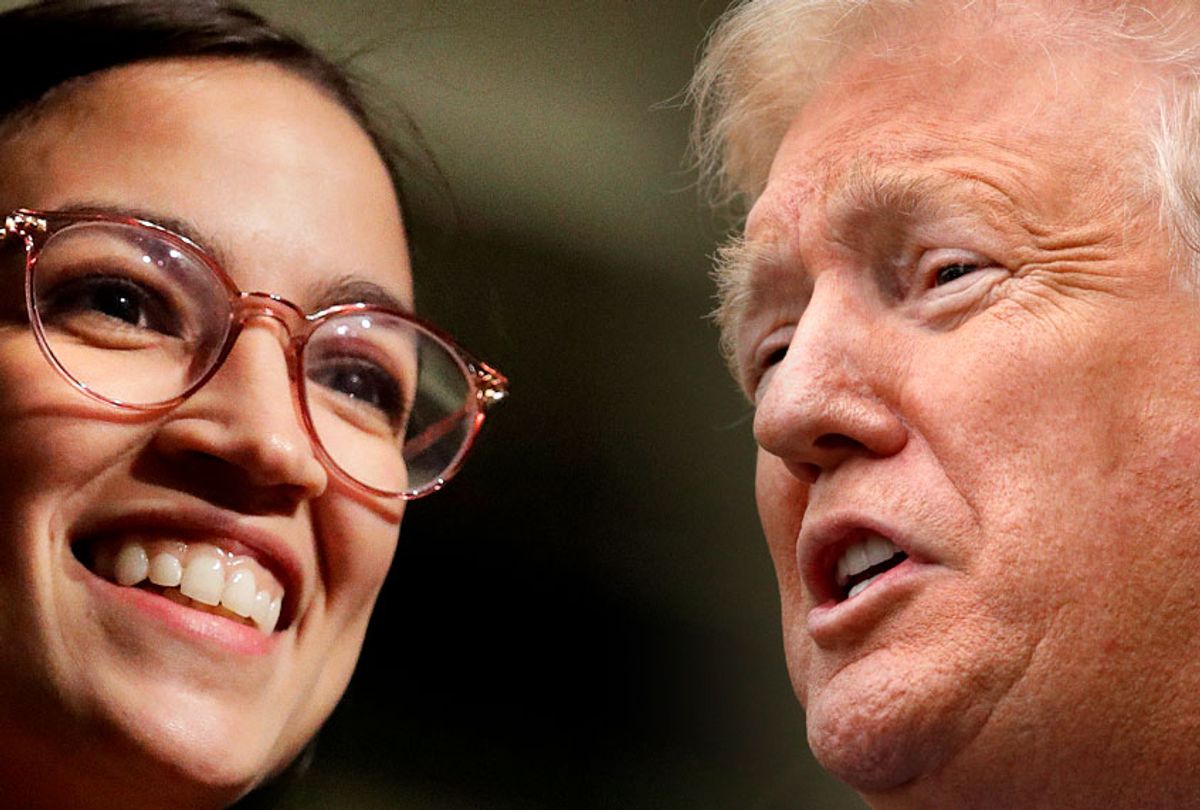 Amid widespread speculation over the weekend stirred by the submission of Robert Mueller's report to the Department of Justice — and the four-page summary of it released by Attorney General William Barr on Sunday — Rep. Alexandria Ocasio-Cortez, D-N.Y., said the most important dialogue at this point should not be about what happens to President Trump, but about the "root causes" that made it possible for such a person to ascend to the White House in the first place.

Ocasio-Cortez was responding to actor and activist George Takei, who in a tweet on Saturday stated: "Let's say Trump goes down in disgrace from Mueller or the SDNY or Congressional investigations. We're left with a big question: How did a guy like that get elected? Why do so many still support him? We can’t just say 'Fox News' or 'Russians.' We have serious issues to sort out."

The Twitter thread on Sunday afternoon arrived just before the news that Attorney General Barr had delivered his summary of the Mueller report to members of Congress. Although no one outside the Justice Department has yet read the full report, it apparently clears the Trump campaign of any criminal conspiracy with the Russian government or its agents, and did not reach a conclusion regarding President Trump's possible efforts to obstruct justice during the resulting investigations.

With numerous outlets earlier reporting that Mueller's office will seek no further indictments based on its exhaustive nearly two-year investigation, many legal analysts and political observers have shifted to the idea that Trump, as well as his family members and other associates, could still face jeopardy from congressional oversight, criminal probes underway by the Southern District of New York, or possible action from other jurisdictions.

Ocasio-Cortez argued in a follow-up tweet that the focus on Trump's potential criminal problems or impeachment by the Democratic-controlled Congress misses the larger point when it comes to solving the nation's deeper crisis.

"In order for us to heal as a nation," Ocasio-Cortez concluded, "we ALL must pursue the hard work of addressing these root causes. It's not as easy as voting. It means having uncomfortable moments convos w/ loved ones, w/ media, w/ those we disagree, and yes -- within our own party, too. It's on all of us."