The former Kansas governor, who quit before his term was up, tried a grand experiment of trickle-down economics 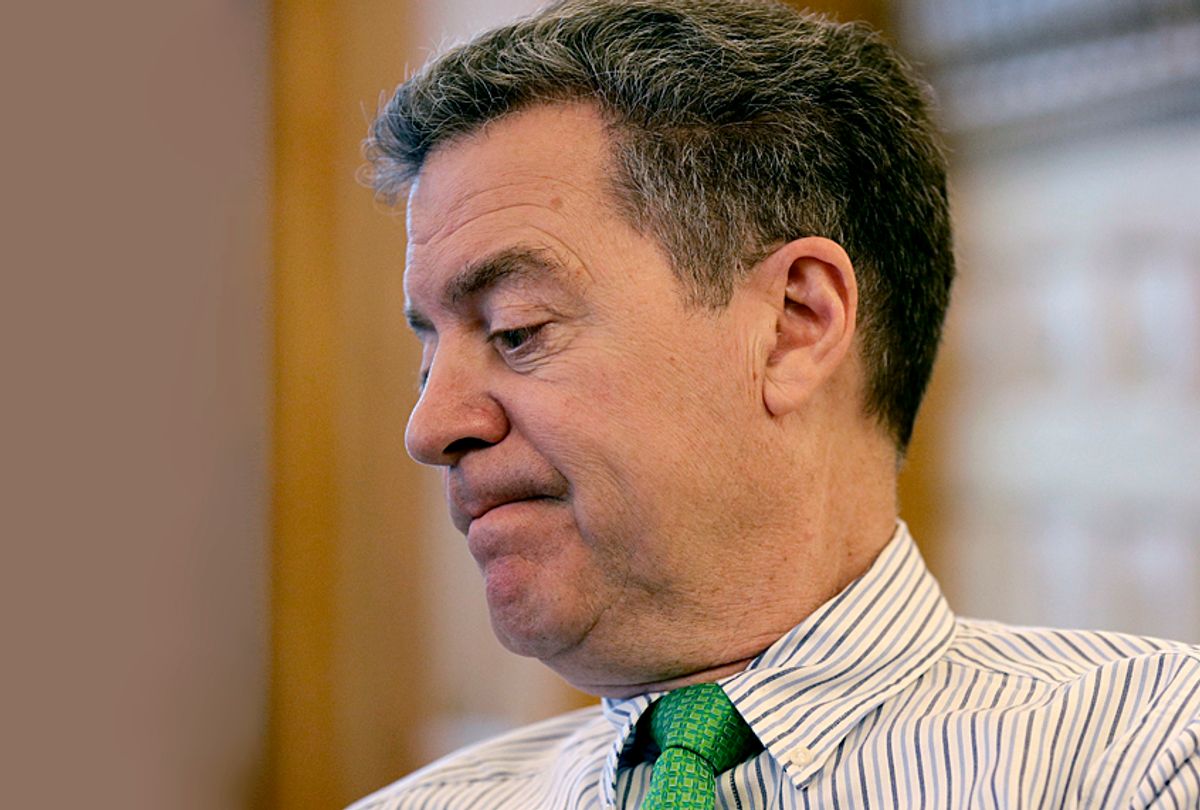 Former Gov. Sam Brownback (R-KS), who quit before his term was up, tried a grand experiment of trickle-down economics. His policy was such a failure that the S&P downgraded the state’s credit rating. But now it seems some Brownback loyalists are still fighting for tax cuts as the state struggles to get back on track.

The Wichita Eagle reported Monday that new Gov. Laura Kelly (D.-KS) vetoed the GOP’s efforts to cap revenue for the state and prevent Kansas from collecting roughly $500 million over the next three years.

Half of the revenue comes from rolling back some of the business income tax laws Brownback ushered in that allowed multinational corporations to bring profits overseas without taxing them.

“I refuse to endorse another round of fiscally reckless policies similar to those that left us in a mess my team is working so hard to clean up,” Kelly said. “The days of unbalanced budgets and mismanagement are over.”

Republicans are trying to paint the legislation as tax dollars that Kansans deserve to have back.

“Hardworking Kansans know how to best spend their money and more of it should stay in their own pockets. Governor Kelly clearly does not agree,” said state Senate President Susan Wagle.

Kelly explained that she wants to keep the tax burden as low as possible but after years of reckless policies, the state must be sensible and cautious.

“We must be patient, thoughtful, and prudent as we evaluate tax policy,” she said.

State legislators say that they don’t believe there are enough votes to override Kelly’s veto.