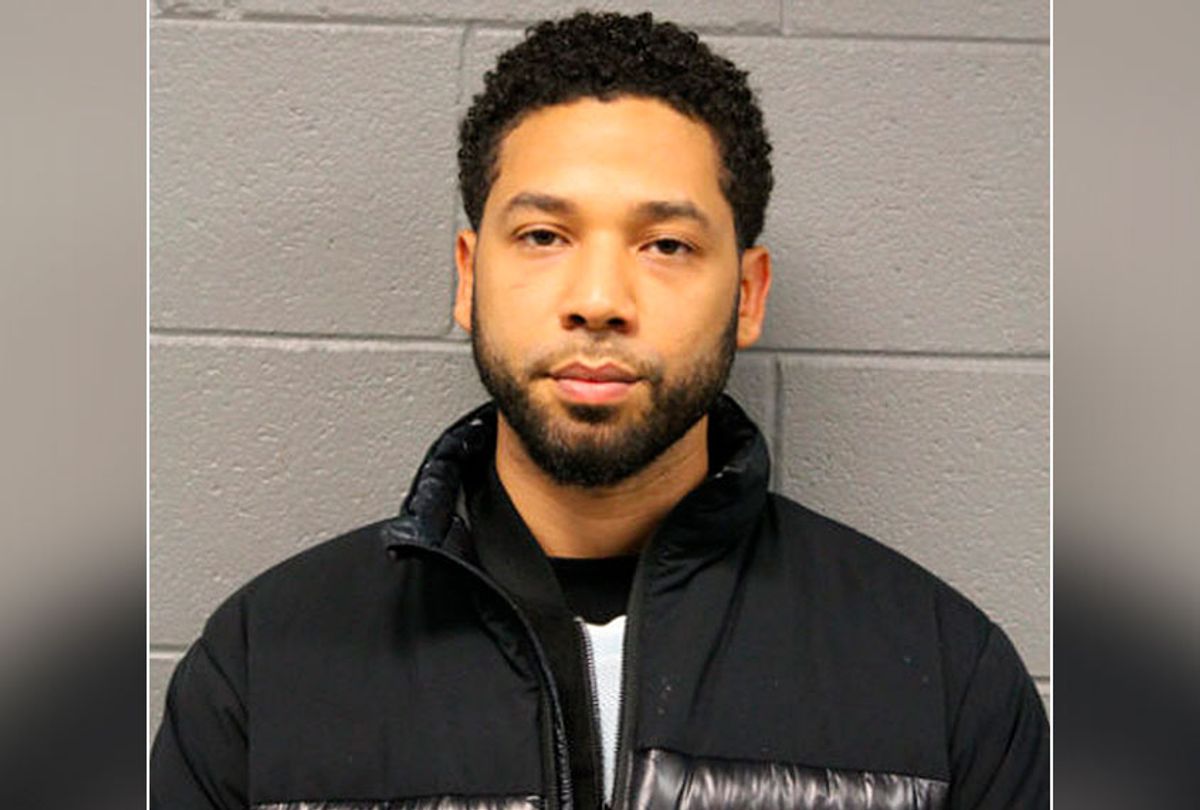 Cook County prosecutors have dropped all charges against "Empire" actor Jussie Smollett. The reversal comes less than two weeks after the actor pleaded not guilty to 16 felony counts of disorderly conduct for allegedly staging a fake hate crime and lying to the police.

"After reviewing all of the facts and circumstances of the case, including Mr. Smollett’s volunteer service in the community and agreement to forfeit his bond to the City of Chicago, we believe this outcome is a just disposition and appropriate resolution to this case," the Cook County State Attorney's Office said in a statement.

Immediately after the dismissal, attorneys for Smollett released a statement of their own.

"Today, all criminal charges against Jussie Smollett were dropped and his record has been wiped clean of the filing of this tragic complaint against him. Jussie was attacked by two people he was unable to identify on January 29th. He was a victim who was vilified and made to appear as a perpetrator as a result of false and inappropriate remarks made to the public causing an inappropriate rush to judgement."

The statement continued, "Jussie and many others were hurt by these unfair and unwarranted actions. This entire situation is a reminder that there should never be an attempt to prove a case in the court of public opinion. That is wrong. It is a reminder that a victim, in this case Jussie, deserves dignity and respect. Dismissal of charges against the victim in this case was the only just result."

"Jussie is relieved to have this situation behind him and is very much looking forward to getting back to focusing on his family, friends and career," the statement concluded.

The dismissal arose from an unscheduled emergency hearing Tuesday morning. According to a CBS Chicago reporter, Chicago Police Superintendent Eddie Johnson, who delivered a detailed and theatrical press event when the department first announced the charges against Smollett, is said to be furious and blindsided by the news.

As Salon’s D. Watkins wrote in the week after Smollett made his complaint to the police,

Smollett, who is black and gay, said he had ventured out for food late one night in Chicago when two men in ski masks approached him, yelling racist and homophobic slurs, as well as referencing President Donald Trump's Make America Great Again slogan, "MAGA country." He claimed the two men physically attacked him, poured bleach on him and tied a noose around his neck before running away. (Smollett also said that he had received a racist threatening letter containing a white powder a week prior to the alleged attack, which the FBI is investigating.)

As the events of the case unfolded, Smollett’s narrative began to be cast into doubt, with Chicago Police Department sources leaking information to reporters that the narrative had unraveled completely upon investigation. Police claimed Smollett orchestrated the entire attack, paying two brothers $3,500 to stage what looked like a hate crime, after sending the letter to Fox himself. In February, Smollett was arrested and charged with 16 felony counts of disorderly conduct for filling a false police report, with Superintendent Johnson alleging that Smollett’s entire story was a “shameful” publicity stunt motivated by dissatisfaction with his “Empire” salary.

As I wrote at the time, the story blew up even further into a kind of cultural Rorschach test:

[The] alleged hate crime morphed into another round in the "culture wars," in which Trump supporters chided the media for reporting what Smollett and the police had initially said, and used the developing story as more ammunition to distrust the "liberal press" more generally. What did or did not happen to Smollett quickly turned into the Covington Catholic Washington Mall debate all over again, used to litigate or substantiate already-existing political beliefs.