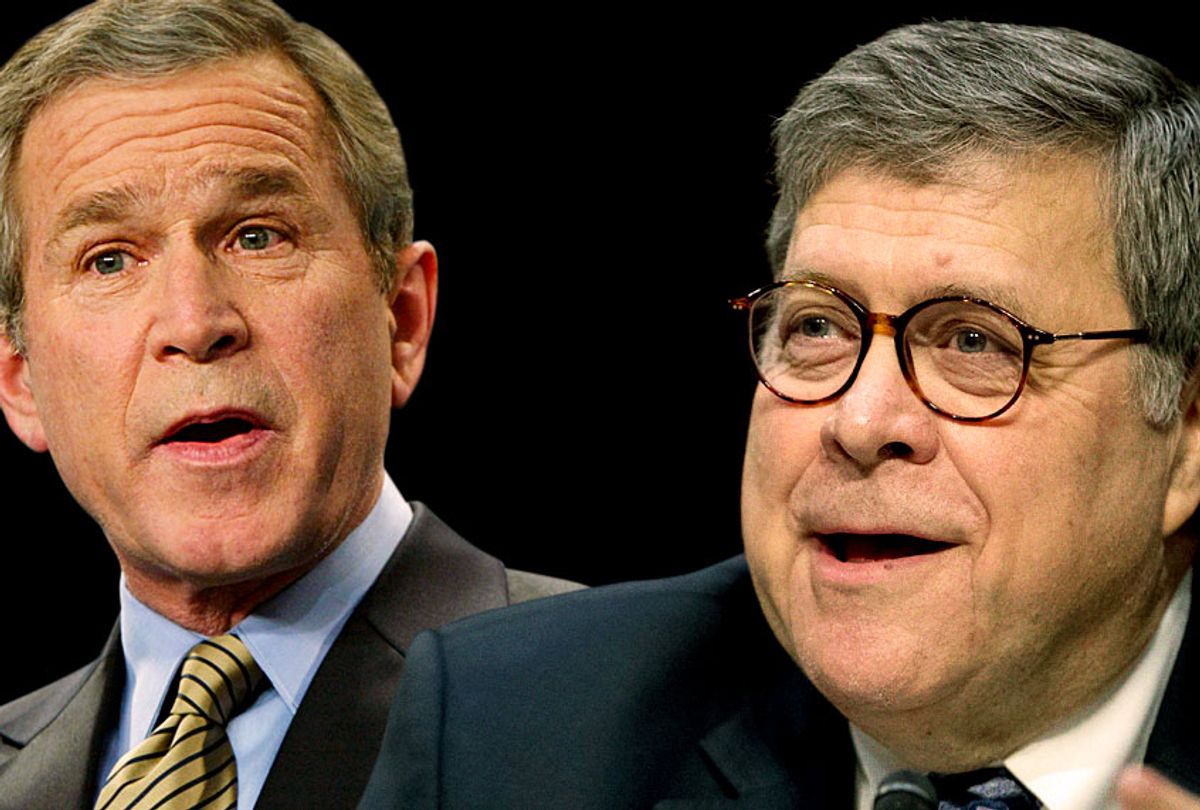 President Donald Trump has claimed “complete and total exoneration” by special counsel Robert Mueller’s report — and a historian noticed some alarming similarities between that declaration and George W. Bush’s narrow election win in 2000.

Julian Zelizer, co-author of Fault Lines: A History of the United States Since 1974, said the rollout of Mueller’s report — and attorney general William Barr’s brief summary of the findings — gave him a queasy feeling.

“This week is starting to remind me of the 2000 presidential election,” Zelizer tweeted. “This is what I was thinking.”

The historian said Republicans had declared victory before the results came in — just as they had during the Florida recount — and exploited structural weaknesses in the news media to establish a narrative.

“Republicans count on the national media to quickly repeat their conclusion,” Zelizer said. “Pack journalism gets to work.”

That allowed Republicans to insist Bush had won, even after legal challenges to restrictive Florida voting laws and paid GOP protesters pressured officials in Miami-Dade County to halt their recount.

“When serious concerns emerge about the results, Republicans stand by the initial declaration of victory,” Zelizer said.

Thus, Republicans complained that Democrats were trying to “steal” Bush’s election win by challenging the GOP’s arguments on which votes should be counted — and then they waited.

“Meanwhile, charge that Democrats are being ‘sore losers’ by asking legitimate questions about what is going on,” Zelizer said. “The GOP then tries to force an ending to the controversy by running out the clock”

Republicans in 2000 claimed a clear mandate, despite narrowly winning the election under highly questionable and unprecedented conditions, and Zelizer sees the same narrative playing out as Trump claims exoneration and Republicans try to block the public from seeing Mueller’s evidence against him.

“After the Supreme Court stops the Florida recount in December 2000, Republicans act like there is a clear mandate and national consensus about the results,” Zelizer said. “Never look back.”

“Does this all bring back some memories?” he added.