"He doesn't want another single dollar going to the island," one senior administration official claims 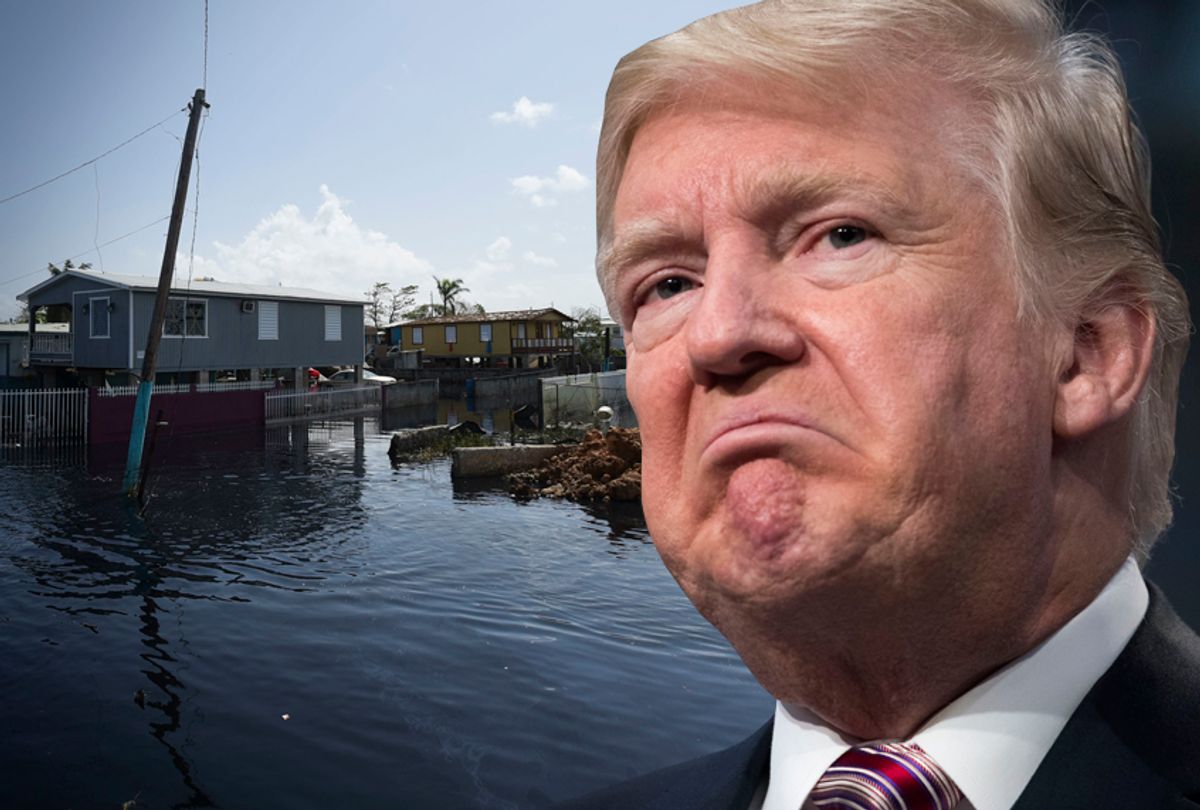 Trump reportedly asked top advisers to cut aid to Puerto Rico at an Oval Office meeting held Feb. 22 discussing Department of Housing and Urban Development grants. The president has since continued to ask White House staffers about funding for Puerto Rico and has privately signaled that he would not approve any additional aid for the island beyond benefits for food-stamp beneficiaries, according to the Post.

"He doesn't want another single dollar going to the island," a senior administration official told the newspaper.

The Post noted that the island is still reeling from the destruction of Hurricane Maria, which tore through Puerto Rico in September 2017. The catastrophic storm killed thousands of people and left even more without power.

Puerto Rico is also dealing with a food-stamp crisis after Congress missed a deadline to reauthorize that program in March, impacting about 43 percent of the island's residents who rely on the benefit to purchase groceries, diapers and other essentials, the newspaper reported.

The food-stamp cut, which hit 1.3 million residents this month, has impacted the island's most vulnerable residents, the Post reported. It has forced those with disabilities and infections, like HIV, to sit for hours in their own soiled diapers, which are now outside their budget, while mothers have had to stop purchasing yogurt, meat and vegetables for their children. Elderly residents expect to go hungry.

"Of the Puerto Ricans on the food-stamp program in February 2018, about 55 percent are children, elderly or disabled," the newspaper noted, citing the preliminary findings of a forthcoming research paper by Hector Cordero-Guzman, a professor at Baruch College, which is part of the City University of New York.

Axios reported in November that Trump had claimed, without evidence, that Puerto Rico's government was using federal disaster relief money to pay off debts.

High-profile Democrats, including 2020 Democratic presidential contenders Sens. Kamala Harris of California and Bernie Sanders of Vermont, reacted to the Post's report by criticizing the president.

"The people that are in Puerto Rico are United States citizens. They are in dire need. Denying them assistance is cruel," Harris tweeted on Monday.

"Puerto Rico is in dire need of increased food assistance funding," Sanders wrote Monday on Twitter. "It's unconscionable that we've allowed our fellow Americans to suffer for so long without the full resources of the U.S. government. We must act now to end this crisis."

New York Gov. Andrew Cuomo, a Democrat, said he was "appalled but sadly not surprised by reports that President Trump is continuing to try to block federal assistance for Puerto Rico."

"His atrocious treatment of the people of Puerto Rico is yet another example of this President's assault on those in need," Cuomo added, referring to Trump.