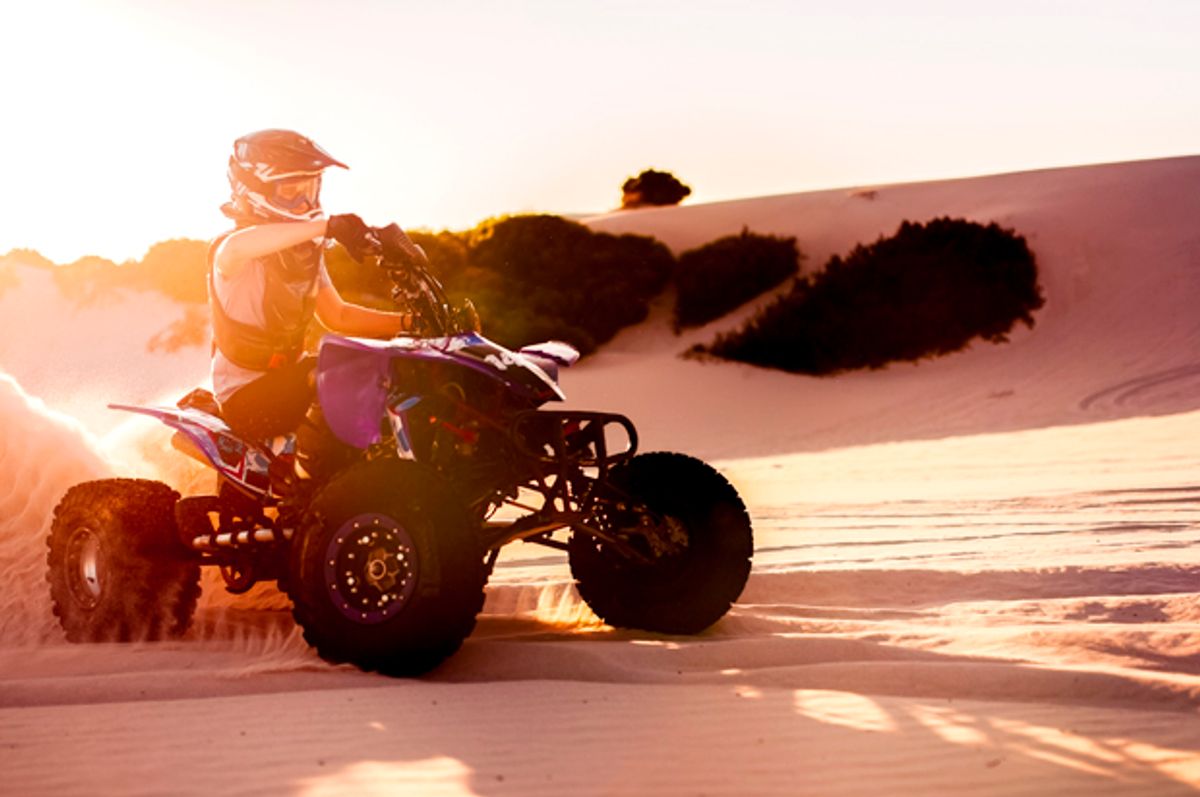 Since the early 1980s, the Consumer Product Safety Commission has conducted a grim census, tracking reports of deaths from crashes of all-terrain vehicles, or ATVs. Now the body count has risen above 15,250, according to the agency’s latest annual report, with more than one in five of the deaths suffered by children under 16.

The annual death count, which has sometimes exceeded 800, has mostly ranged from 550 to 650 in recent years. That seems like progress, but may actually be the result of riders switching to another type of off-road vehicle, called an ROV, that isn’t included in the ATV fatality reports.

“The problem has not been solved,” said Rachel Weintraub, general counsel of the Consumer Federation of America (CFA). “We are not seeing progress in terms of passing laws or even promulgating voluntary standards fully and broadly addressing safety issues.”

Safety advocates say the most worrisome trend involves officials across the country, particularly in small towns and rural areas, bowing to requests from rider groups to allow off-road vehicles on public roads — despite warnings from the manufacturers, the CPSC and safety groups that the vehicles are designed for trail use only. In some cases, allowing the machines on public roads has been sold as a way to bring in tourist dollars. Recently, for example, officials in Cerro Gordo County, Iowa, approved an ordinance to open certain roadways to off-road vehicles.

Off-road vehicles can reach highway speeds but, with their low-pressure tires and high center of gravity, they are more prone to tip over or go out of control on pavement or gravel. Studies have shown that over half of ATV deaths occur on private or public roads.

While the CPSC regulates hazardous products and the National Highway Traffic Safety Administration oversees traffic safety, neither can dictate where people operate their off-road vehicles, leaving the issue in state and local hands.

A coalition of groups, including the consumer federation, sends dozens of letters every year urging local and state governing bodies to reject ordinances increasing ATV access to roads. Manufacturers publicly oppose easing the restrictions, but as reported by FairWarning, some also fund riders clubs that lobby local governments to allow off-highway vehicles on public roadways.

CPSC officials declined to comment on the latest ATV report, which includes deaths and injuries through 2017. The ATV Safety Institute, an industry group based in Irvine, California, also declined an interview request, but said in an email that riders should follow its “Golden Rules” of safety — including avoiding riding on paved roads and wearing helmets.

The CPSC relies on such sources as death certificates, hospital records and news reports to assemble the annual ATV report. The agency says the figure of 15,250 fatalities through 2017 is an undercount, because some deaths go unreported and counting is still continuing for the years 2015 through 2017. The number of victims under 16 has fallen from more than one in three in the early years of the survey to closer to one in six more recently. Along with deaths, the annual reports show that ATV crashes result in more than 100,000 emergency-room treated injuries in most years.

The consumer federation says it is aware of 646 deaths in ROV crashes since 2013, a less complete count based only on news reports, which don’t cover all such incidents.

Last October, CPSC commissioners voted 3-2 against expanding the ATV surveys to include ROV casualties, a decision criticized by consumer advocates. Acting chairman Ann Marie Buerkle, who voted with the majority, said collecting the additional data would be a drain on staff time and resources.

Dr. David Gilkey, an associate professor at Montana Technological University who does research on ATV safety, said it would be useful for the CPSC to track ROV crash deaths. But he added that many off-roaders are hostile or indifferent to the safety culture advocates are trying to foster.

“I hate to say it, but it’s about freedom of choice [for drivers],” Gilkey said, along with a belief that anyone can safely use an ATV, even without training.

“You wouldn’t hand your keys to your car or your motorcycle to someone who’s never been on one and say ‘take it for a spin,’ but for some reason people don’t have that same sense for ATVs,” Gilkey said. “So the tragedies just continue.