Despite consumer worries, the future of aviation will be more automated

Pilots get lots of assistance from automation as it is. In the future, they'll get even more 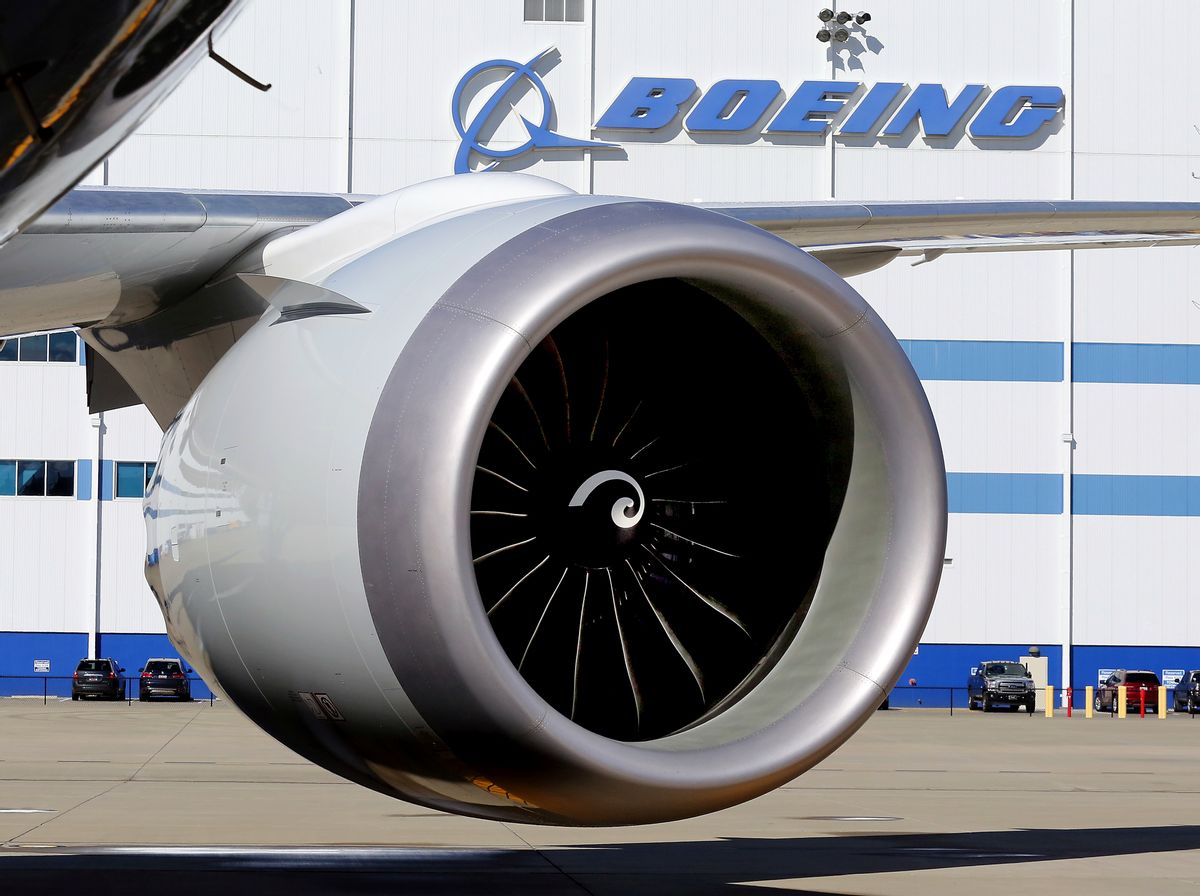 FILE - In this Tuesday, Feb. 16, 2016 file photo, An engine and part of a wing from the 100th 787 Dreamliner to be built at Boeing of South Carolina's North Charleston, S.C., facility are seen outside the plant. (Brad Nettles/The Post and Courier via AP, File) (AP)
--

In the wake of the Lion Air and Ethiopian Airlines crashes of Boeing 737 Max planes, people are thinking about how much of their air travel is handled by software and automated systems – as opposed to the friendly pilots sitting in the cockpit.

Older commercial airliners, such as the Beechcraft 1900, which are still in service mostly as small commuter aircraft, often do not have any autopilot installed. By contrast, modern commercial airliners have automated systems that can augment or even replace pilots’ performance, managing engine power, controlling and navigating the aircraft, and in some cases, even completing landings.

Investigations are probing the possible role of automated systems in the 2018 Lion Air Flight 610 crash in Indonesia and the Ethiopian Airlines Flight 302 crash in March 2019. Regardless of those findings, the public may not know how much automation already is part of flying today – nor how much more automated commercial flight will become in the years ahead.

Our research has examined consumers’ willingness to interact with automated systems on all types of vehicles, including aircraft. Most recently, we have begun looking into people’s interest in what is being called “urban air mobility.” This concept involves a system of small two- to four-passenger fully autonomous air taxis that could carry passengers on short trips throughout cities without a human pilot on board.

Side effects of highly automated systems

One problem that arises in planes that have highly automated systems is that the pilots can lose track of what’s actually happening. This is presumably what happened in 2009 when Air France Flight 447 crashed in the Atlantic Ocean on its way from Rio de Janeiro to Paris. Airspeed sensors failed, causing the autopilot to turn itself off, but the pilots weren’t able to figure out what was happening or how to recover.

Some experts also believe that a pilot’s lack of awareness was a factor in the 2009 crash of Colgan Air Flight 3407 outside Buffalo, New York. While approaching the landing, pilots may have missed the fact that the plane was slowing down too much, and again didn’t realize what was happening until it was too late.

Pilots who spend a lot of time in the cockpits of planes with highly automated systems may also lose some sharpness at flying planes on their own. The average pilot of a Boeing or Airbus commercial plane manually flies the plane for between three and six minutes of the whole flight – mostly around takeoff, the initial climb to about 1,500 feet, and then landing.

Airlines and manufacturers say they would save money and alleviate the current shortage of qualified pilots if they could reduce – or even eliminate – the number of pilots in the cockpit. Redesigning the front of the aircraft to be more aerodynamic could save even more money, if it didn’t need to have room for pilots, or could move them to another part of the aircraft.

Several companies are developing fully autonomous aircraft, including Amazon and UPS, which want to use them for deliveries. Boeing and Airbus are designing self-flying air taxis, which would be used for flights of about 30 minutes and carry between two and four passengers, and have tested prototypes. A company called Volocopter has been testing autonomous air taxis in Germany since 2016 and plans to conduct test flights in downtown Singapore this year. Ridesharing giant Uber, helicopter maker Bell and many other companies are also expressing interest in similar vehicles.

No matter how far industry progress goes, the key to autonomous flight will be its customers. We have been among the scholars who have studied how willing people are to fly in self-piloting aircraft.

Most of the results suggest that consumers don’t know how much of aviation is already automated. Survey participants tend to think pilots fly manually much more than they actually do.

In a study we conducted in 2014, people were much more willing to fly in planes with a human pilot in the cockpit – and quite unwilling to fly with either a human flying the plane remotely or aboard a fully autonomous plane.

We believe that lack of knowledge about automation is one of the critical factors here, and that the public would feel better about automated flying if they knew more about the benefits of automation – such as extremely reliable automated warning systems to prevent mid-air collisions and crashes.

What the future entails

Automation is not going away. In fact, by all accounts, it is becoming more prevalent in the cockpit. We fully expect autonomous flights to become commonplace in the next few decades.

Despite the notable crashes involving autopilots, the industry as a whole appears to believe that the automation of the future will be safe, or at least safer, for the flying public. Human error remains the most common cause of aircraft accidents, and people are prone to make the same mistakes again. They also may have trouble taking over from automation if the computers run into problems. Automated systems, however, can be reprogrammed not to make the same errors a second time.

Large commercial airplanes will likely go pilotless later than smaller private aircraft, because of the amount of time and money required to produce them. But smaller air taxis simply are not economically viable if they require a human pilot on board. As aviation automation engineering and technology continues to advance toward full automation, companies and customers alike will need to evaluate the risks and benefits, financially, in terms of safety – and emotionally.