Getting sober alone in a yurt: One Maine winter with no heat and plenty of solitude

When chef and restaurant owner Brandon Baltzley decided to stop drinking, he didn't go to AA. He went to the woods 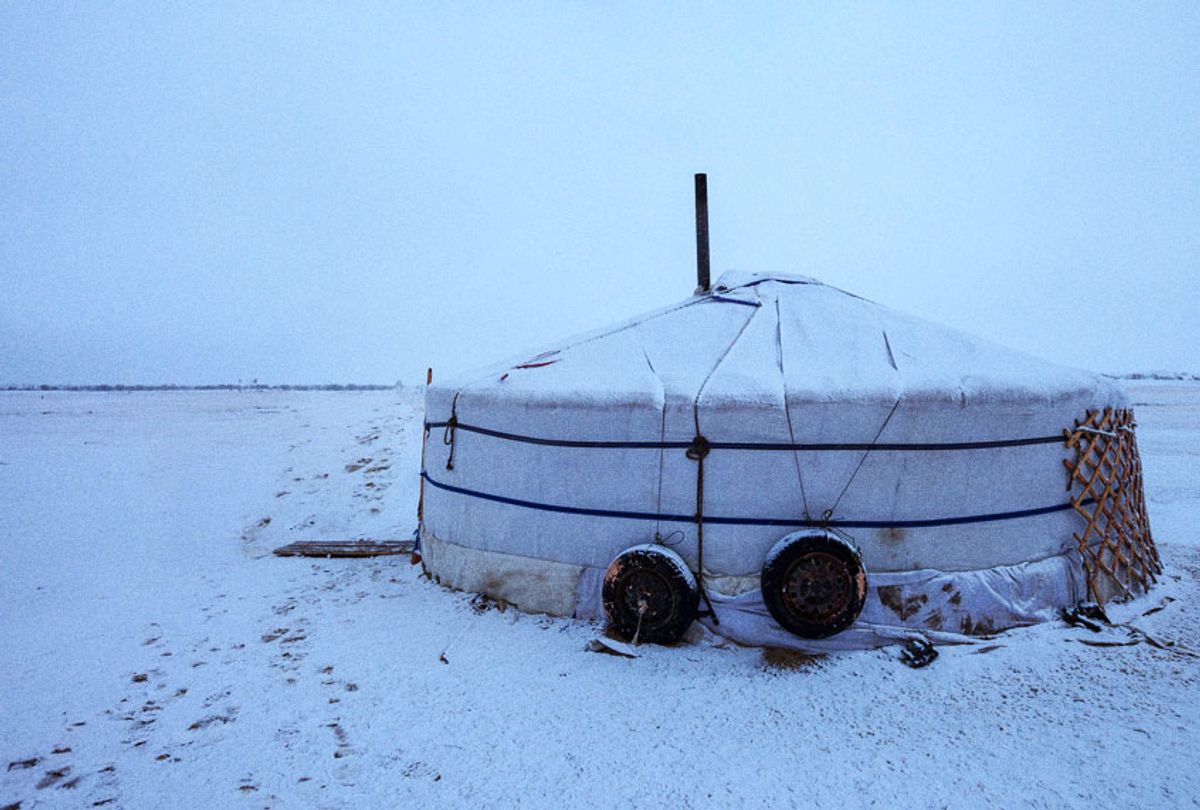 The Lonely Hour is a podcast that explores the feeling of loneliness—and solitude, and other kinds of aloneness—at a time when social disconnection is on the rise. The show is produced by Julia Bainbridge, an editor and a James Beard Award-nominated writer. Catch up on all the episodes published on Salon.

Did the sacrifice of leaving your family, friends, and familiar places pay off? You get swaths of time during which you can be with yourself and figure things out, but there's a risk because you also experience loneliness. Is there an upside to that loneliness?

"The Lonely Hour" podcast explores all of that in our new four-part miniseries, and today we share Brandon Baltzley's story. (Previously, we talked to Kamey Butler, who traveled solo to Cape Town after a breakup, a missed promotion and the death of her father; and Annabelle Dunne, who went off the grid to cure burnout, spending a month in Sri Lanka with a cot and 17 books.)

"What happens when I can't get time alone, it's I get agitated," he told The Lonely Hour. "I have a hard time sitting still or not being occupied by something. And I think that's my biggest factor or was my biggest factor in drinking, was not knowing what to do with myself when I wasn't drinking."

Baltzley is the chef and co-owner of a restaurant called the Buffalo Jump, in East Falmouth, Massachusetts. It started as a pop-up, and right before he brought it to life as a brick-and-mortar space last spring, he left.

He wanted to sober up, and he wanted to do it by himself, which sounds really hard to me. I’m no stranger to drinking. When left alone with those demons, they tend to grow more intense. I think anyone’s would. Most forms of recovery require community and structure — not going at it alone — but Brandon felt strongly that that's what he needed. And so, in the the middle of January, he went to Denmark, Maine, to stay in a yurt — which is basically a tent. The idea was that he’d have to put down the bottle in order to survive the elements.

"I think there's an impulsivity to my psyche that's always there, and it's always been present," said Baltzley. "I packed everything in my house within 45 minutes . . . And then I backed the rental car out and drove six hours north."

"When I had a problem that needed to be dealt with, in my mind, the only way I could deal with it is if I went off alone. And if I didn't do that, then I wouldn't be around anyways. So it's worth a shot."

Listen to hear how Baltzley fared for the rest of his trip, and how things are at home — and with him — now that he's back: