How 5G is crucial for autonomous cars and connected smart cities 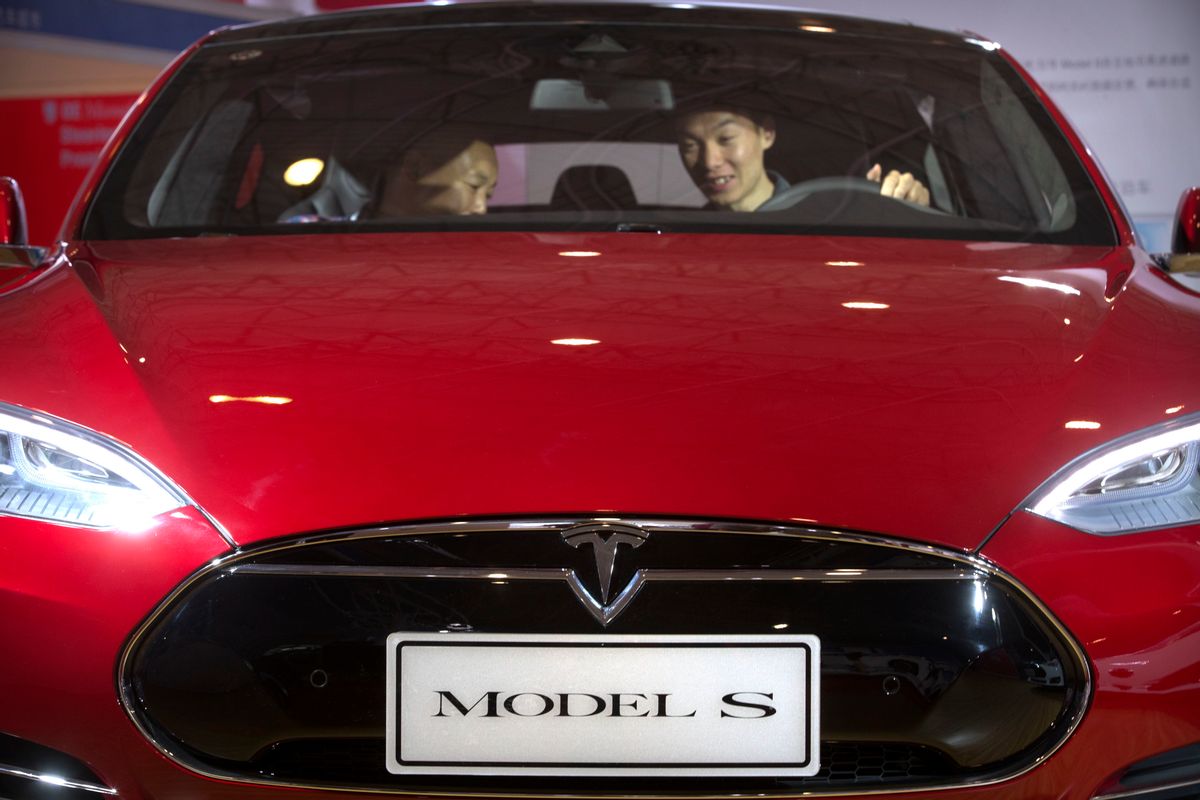 FILE - In this Monday, April 25, 2016, file photo, a man sits behind the steering wheel of a Tesla Model S electric car on display at the Beijing International Automotive Exhibition in Beijing. Federal officials say the driver of a Tesla S sports car using the vehicle’s “autopilot” automated driving system has been killed in a collision with a truck, the first U.S. self-driving car fatality. The National Highway Traffic Safety Administration said preliminary reports indicate the crash occurred when a tractor-trailer made a left turn in front of the Tesla at a highway intersection. NHTSA said the Tesla driver died due to injuries sustained in the crash, which took place on May 7 in Williston, Fla. (AP Photo/Mark Schiefelbein, File) (AP)
--

It is easy to think of 5G as an evolution of 4G, where downloaded speeds increase to such an extent, that entire movies are downloaded in five seconds.

This is certainly a piece of the 5G puzzle — and likely how consumers will get their first taste for the new technology. But where 5G will make a real difference, an actual shift in the way we travel and perhaps to our health, is in the automotive and smart city space.

Although self-driving car companies like Waymo and Uber have said little about 5G, and operate their cars without it, many believe 5G is the key to unlocking their vehicles' potential.

There are three stand-out reasons for this — the extra speed of 5G, its ability to connect with many more devices at once, and a far lower latency, meaning data sent between two 5G devices is almost instantaneous.

Simply put, latency is the time delay between you tapping play on a YouTube video, and the piece actually starting. Or, in the case of an autonomous car, the time between a sensor recognizing ice on the road, and a cloud-based server being told about the danger.

For 4G, the time this takes is around 50 milliseconds, but with 5G latency that delay shrinks to just one millisecond. That decrease is a good thing for video gamers and those who spend time with virtual reality, but it will change the way connected vehicles operate too, sharing messages between vehicles and infrastructure almost instantaneously.

Henry Calvert, head of future networks for the GSMA, which represents more than 750 mobile network operators globally, told GearBrain about the importance of 5G's low latency in automotive applications. "The one big differentiator between 4G and 5G is latency...We've been through two generations where we've only been told about download speeds; networks have been configured to download stuff to people...The next generation is about what the device, such as the car, is telling me about itself. That's a huge amount of data. The emphasis is on the upload, and the speed of that upload is critically important."

Vehicles talking to each other via a cloud server is one part of what 5G can offer. Another aspect is when vehicles talk to their environment, with the goal to reduce congestion and pollution.

GearBrain spoke to Mark Cracknell, head of technology at Meridian, a UK government- and industry-backed body promoting the development of connected and autonomous vehicles (CAV). Cracknell said: "When we talk about CAVs and the benefits that come from them, safety is an absolutely key one.

"But the connectivity will also deliver a strong socio-economic message - vehicles talking to the city. Because now, the way road networks are managed is very reactive. Someone buys a car, turns up on a road, and the city needs to work out what to do with all these vehicles."

With 5G, though, vehicles can all be connected to each other and to the city. "Suddenly, vehicle-to-vehicle infrastructure enabled by technologies like 5G will add scale and allow the city to have much more information," Cracknell said. "Now they'll know where vehicles are and where they are going to, so it enables a lot of efficiencies on the road network."

When all vehicles are monitored in this way, data privacy becomes a primary concern for both consumers and service providers. Cracknell said: "We are keen to really be clear on what data we are sharing...When we talk about the uptake of connected, autonomous vehicles, what we hold in very high regard is public acceptance and trust. A lot of that will involve privacy, which is a very important topic at the moment."

He added: "So we start the conversation with what data is needed, not what data is wanted; we need to work out what data we actually need, and trust is key."

Outright download speed is, of course, also a benefit of 5G. The technology's capabilities were shown off recently at the Millbrook vehicle proving ground in Bedfordshire, UK in February. Using a bespoke 5G network built for car manufacturers to test on, the demonstration saw 4K footage streamed live from several moving vehicles — including a McLaren traveling at 160 mph around a two-mile bowl — to TV screens in a bus, which was also moving at the test site.

The test showed how 5G can enable the steady streaming of high-quality media to moving vehicles — including trains, which the speed of the McLaren was used to represent.

5G can also be used at Millbrook to quickly pull data from an autonomous test car while it is in motion, thanks to its extra power compared to 4G.

Speaking about this, Peter Claydon, director of 5G research at Airspan, a partner in the Millbrook project, said: "Getting information off autonomous vehicles is key. We're seeing huge interest at the test site because, instead of sending a vehicle out all day then bringing it back to the garage and uploading its data, then find out something went wrong, you can actually monitor the data as the testing is taking place."

Smartphone manufacturers and mobile networks will likely earn the most headlines when the first 5G networks are switched on later in 2019. But when it comes to other industries — the giants of automotive and city infrastructure — the technology is about far more than merely an evolution of 4G.