Latest challenge to Obamacare isn't just about health care: It's an assault on democracy

Trump's new attack on the ACA is a crucial test: Are the courts now fully controlled by right-wing ideologues? 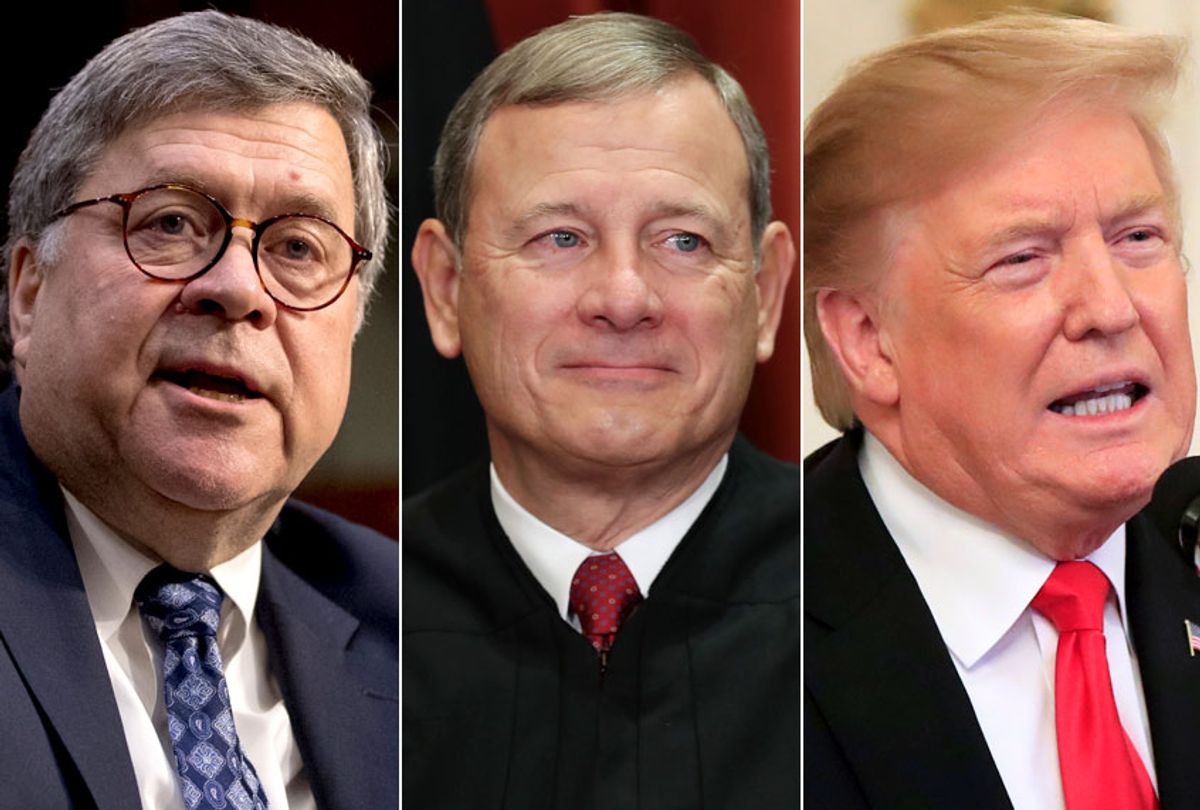 For months now, there's been a lawsuit quietly working its way through the courts that threatens to end the Affordable Care Act, commonly known as "Obamacare," in its entirety. That case, which was originally filed in February 2018, would be widely understood as a certain loser in normal circumstances. The ACA has survived dozens of court challenges already, and the arguments in this particular case are so legally absurd as to verge on demented. The lawyers behind the case appear to understand this, which is why they filed in a district court run by Reed O'Connor, a north Texas judge who might be the biggest right-wing nut in the federal judiciary.

Because of this, there's been a relative lack of concern in health care and legal circles that this case would survive the appeals gauntlet, even with Donald Trump front-loading the federal courts with hardline conservative judges. But as lawyers on both sides of the case start filing briefs to the Fifth Circuit Court of Appeals, both Republican and Democratic circles are starting to believe (or worry) that there's a real chance the judicial system has been so thoroughly transformed under Trump that the plaintiffs could win and literally get the entire ACA dismantled.

In other words, this health care case may be the ultimate Right Wing Judicial Hack Test. If this case, as poorly argued as it is, wins at the appeals court and then at the Supreme Court, it will signal that no Democratic legislation -- no matter how legally robust or popular with the public -- will be safe from a right-wing judiciary eager to rewrite the laws in its own image. So this threatens more than the ACA. It threatens the idea that American democracy is a meaningful institution.

The fear that this case will be decided on partisan lines, unchecked by niceties like good faith legal reasoning, increased this week. The Department of Justice, under newly appointed Attorney General Bill Barr, sided with the plaintiffs in the ACA case by refusing to defend any portions of the ACA whatsoever. Under Trump's former attorney general, Jeff Sessions, the DOJ had opposed certain sections of the bill but had not argued that the entire law should be overturned. Even some highly conservative lawyers are shocked at this move, which is basically a paper-thin cover for Republicans to invalidate any law they don't like simply because they wish it had never been passed in the first place.

"The Administration is choosing to neglect the rule of law and play politics with the healthcare of tens of millions of Americans," California Attorney General Xavier Becerra said in a statement, adding that this dereliction of duty is why he and 20 other state attorneys general have stepped up to defend the law instead.

Recently, a study from NYU's law school found that the Trump administration is only winning about 6 percent of its federal court cases, compared to a 70 percent average win rate for other administrations. The principal reasons appear to be laziness and incompetence, leading to cases so poorly made that even Republican-appointed judges have thrown them out.

That story spread rapidly through media, especially left-leaning media, in no small part because it was reassuring for readers to believe that the court system is still beholden to standards of rigorous argumentation, good faith reading of the law, and actual evidence. But in a video interview with Salon, ThinkProgress judicial expert Ian Millhiser argued that such optimism may be unwarranted.

Millhiser pointed to the Muslim travel ban case, in which the Trump administration kept losing, due to the overwhelming evidence disproving its contention that the ban wasn't motivated by bigotry towards Muslims. But the Supreme Court decided simply to declare that evidence irrelevant and uphold the ban anyway.

"It's not just a Republican court, but it's five pretty solid hardcore conservative Republicans on the Supreme Court," Millhiser said, adding that those justices are "broadly sympathetic to Donald Trump ... and to conservative policies generally," so much so that, as with the travel ban, they have twisted legal reasoning and manipulated evidence to reach the desired results.

Now the Department of Justice is backing a legal approach that dispenses with the past obligation to value sound legal reasoning in its decision-making. This is a move toward using the courts to invalidate democracy by overturning legislation passed by the elected representatives of the people, even if doing so requires embracing cockamamie legal arguments that should embarrass anyone who calls himself a lawyer.

The one hope is that Chief Justice John Roberts, a George W. Bush appointee, still has enough attachment to the idea of a dignified, impartial court that he will balk at this latest challenge to the ACA. After all, he was the one conservative justice who did so in 2012, joined the high court's four liberals to uphold most of the ACA in the face of another legally dubious challenge.

But back then, of course, the Department of Justice under Barack Obama and Eric Holder strongly supported the law. Even though the new lawsuit attacking the ACA is on far shakier ground than the 2012 case, Roberts is dealing with a DOJ that is suddenly unwilling to defend existing law, which the executive branch is supposedly sworn to uphold. There is real reason to worry that this shift will validate, or at least provide cover, for any decision Roberts makes to strike down the ACA.

Of course, Roberts may stick to his guns, and not wishing to invalidate his 2012 decision, side with the liberal judges once again. But this uncertainty is a problem in itself. In a sane and honest judicial system, this current challenge to the ACA wouldn't pose much concern. But the fact that it even has a chance of being upheld by higher courts, all the way up to the Supreme Court, is evidence that the courts cannot be viewed as a reliable bulwark upholding our democracy, as far too many liberals still view them. Under Republican control, they're instead becoming the right's most potent weapon to dismantle democracy.