If NASA, the leader in gender equity in STEM can't deliver on its promise who will? 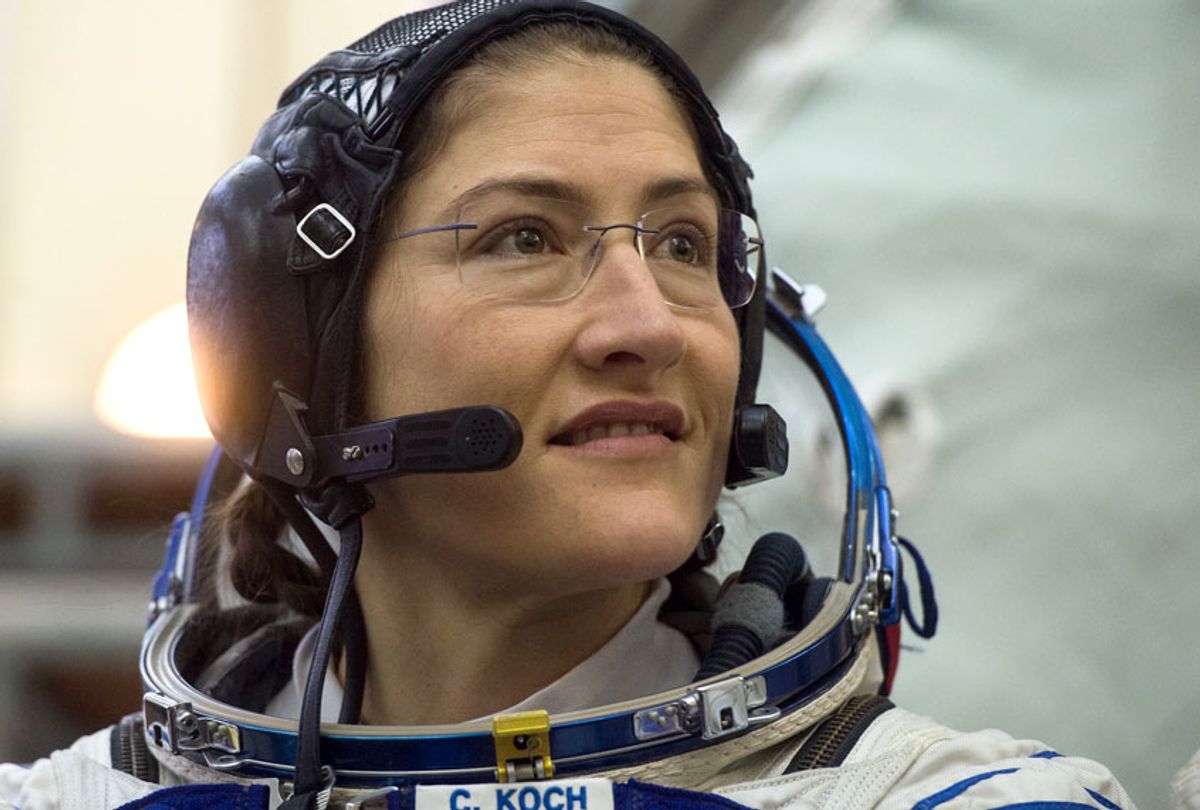 March is National Women's History Month, and to commemorate, the National Aeronautics and Space Administration had scheduled an all-female spacewalk to take place on Friday, March 29. The mission: two female astronauts, Anne McClain and Christina Koch, to step into space together to install batteries on the International Space Station’s solar panels — without a man by their side.

But Monday brought bad news for the female-empowering event that would have been meaningful to women around the world, especially those in Science, Technology, Engineering and Mathematics (STEM) jobs. The absence of an appropriately-sized (medium) and configured spacesuit meant only one woman could participate. NASA explained in the announcement:

“Koch had been scheduled to conduct this spacewalk with astronaut McClain, in what would have been the first all-female spacewalk. However, after consulting with McClain and Hague following the first spacewalk, mission managers decided to adjust the assignments, due in part to spacesuit availability on the station. McClain learned during her first spacewalk that a medium-size hard upper torso – essentially the shirt of the spacesuit – fits her best. Because only one medium-size torso can be made ready by Friday, March 29, Koch will wear it.”

Now, astronauts Nick Hague and Koch will be doing it together instead. It is unclear if another all-female spacewalk will take place, but there is already a petition circulating the internet to ensure it does.

NASA has been harshly criticized for being sexist since the announcement that the all-female spacewalk was cancelled. Since the backlash, NASA clarified it is not that they did not have a medium-sized suit aboard, but that it was not configured for a spacewalk. It is easier, NASA said, to stay on schedule by swapping astronauts than to configure the spacesuit. Still, this defense undermines the point: women wanted to see women walk alone in space with having a man by their side. Is that too much to ask for? For NASA, the answer is yes.

Earlier this month, Koch explained that doing a spacewalk during National Women's History Month was an “honor,” emphasizing the importance of such an event.

“I hope that I can be an example to people that might not have someone to look at as a mentor . . . that it doesn’t matter where you come from or what examples there might be around you, you can actually achieve whatever you’re passionate about,” Koch said.

While it might have thrown the schedule off for 12 hours to reconfigure the suit, the message would have been enormously significant because NASA is one of the most well-known leaders in the STEM industry around the world. If NASA can’t make a change to better support a woman doing her job in a male-dominated industry, why should other companies be motivated to do so? The message being sent to little girls today who dream of doing spacewalks in the future is that they might not be able to because of their body size. The organization is implicitly setting a disappointing standard for the STEM industry, one that has been grappling with gender inequality for far too long now.

In February, researchers published an analysis of an eight-year longitudinal sample of STEM professionals in the United States that found considerable attrition occurred for new mothers. After four to seven years of the birth or adoption of a first child, 43 percent of women left their full-time STEM jobs, compared to 23 percent of new fathers.

“Their departure means a loss of knowledge and expertise from STEM that is disadvantageous for innovation and scientific inquiry,”  Erin Cech, co-author of the study, told Salon at the time.

This is not the first time NASA has struggled to have the right spacesuits for women. A 2003 study found that eight out of 25 female astronauts could not fit in the available space suits at the time. This alone prevented them from being assigned to spacewalks. None of the men at the time had a wardrobe problem.

Not much has changed more than a decade later. NASA needs to get their engineers to, in the words of Hillary Clinton, “make another suit”—one that does not stop women from doing exactly what men do.