Progressive Caucus rips Democrats' move to protect incumbents: "A slap in the face" 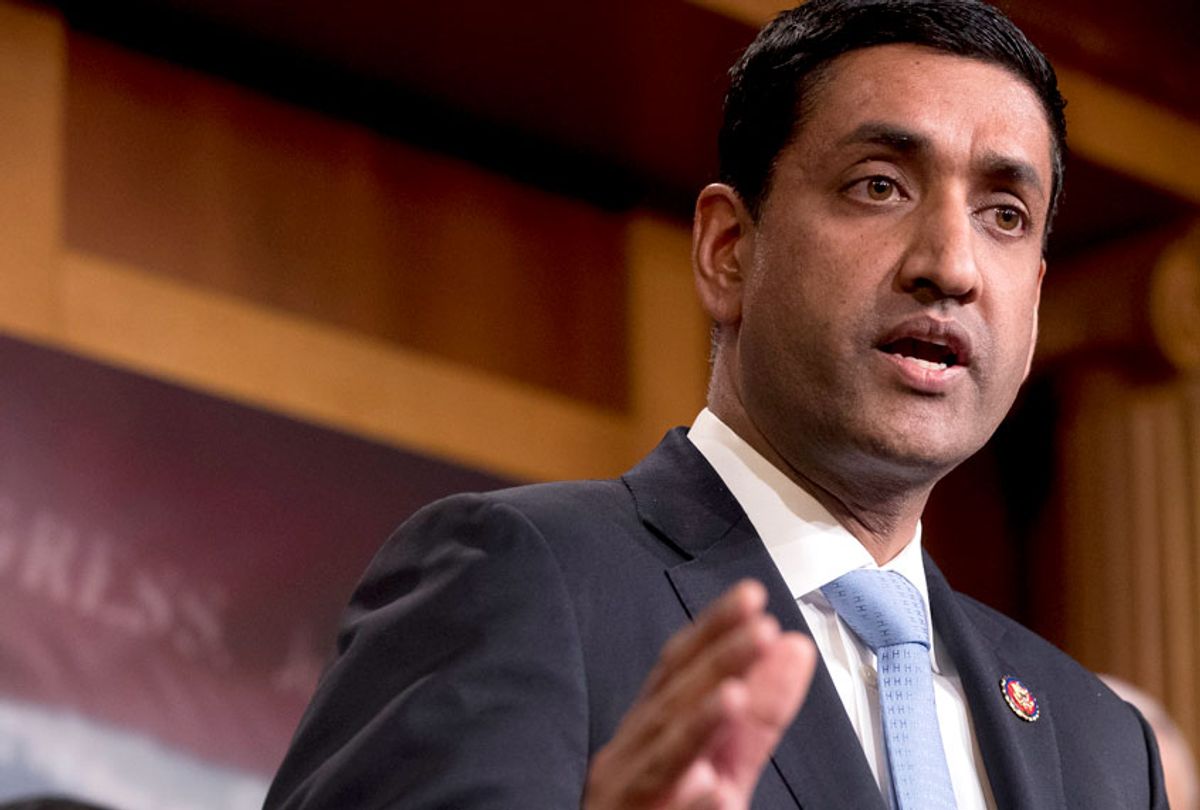 Leaders of the Congressional Progressive Caucus Wednesday condemned the Democratic Congressional Campaign Committee's new policy of cutting off funds to primary challengers, saying the rule will shut down "competition of ideas" and alienate the party's grassroots base.

"This unprecedented grab of power is a slap in the face of Democratic voters across the nation," Rep. Ro Khanna, D-Calif., the first-vice chair of the CPC, said in a statement to The Intercept after a closed-door meeting with DCCC chair Rep. Cheri Bustos, D-Ill.

"It's something even [former DCCC chair] Rahm Emanuel would not have done and is totally tone-deaf to the grassroots activists across our nation," Khanna said. "Let's be clear. If this policy remains in place, it will mean that we will not allow new Ayanna Pressleys or AOCs to emerge. It's simply wrong."

The policy states that the DCCC "will not conduct business with, nor recommend to any of its targeted campaigns, any consultant that works with an opponent of a sitting member of the House Democratic Caucus."

Despite pushback from lawmakers and the grassroots, Bustos reportedly has no plans to reverse the new standard — which could deprive progressive primary challengers of millions of dollars in funds.

"I still think it's an open conversation," Pocan told Politico following the meeting with Bustos. "I don't think it's done. I left it thinking there's more to come.”

Progressive advocacy groups said they will not cave to the party establishment, vowing to continue challenging conservative Democrats even it means being blackballed by the DCCC.

Rep. Alexandria Ocasio-Cortez, D-N.Y. — who unseated Wall Street-friendly Rep. Joe Crowley in a primary last year — urged the DCCC to scrap the policy in comments to reporters on Wednesday.

"Primaries are often the only way that underrepresented and working-class people are able to have a shot at pursuing elected office," Ocasio-Cortez said. "I think that it can reduce the odds of us getting really strong representation. We need to have kind of a farm system for the next generation."

Khanna told The Intercept that "many progressives in Congress will fight until this rule is changed."

"The DCCC is acting as a monopoly by saying that anyone who does business with them can't do business with any competition," Khanna said. "We stand for reform in Congress and reform of the Democratic Party machinery to make sure they prioritize our voters and the grassroots."