No, Cardi B is not like Bill Cosby: Controversy over resurfaced video is fueled by bad faith outrage 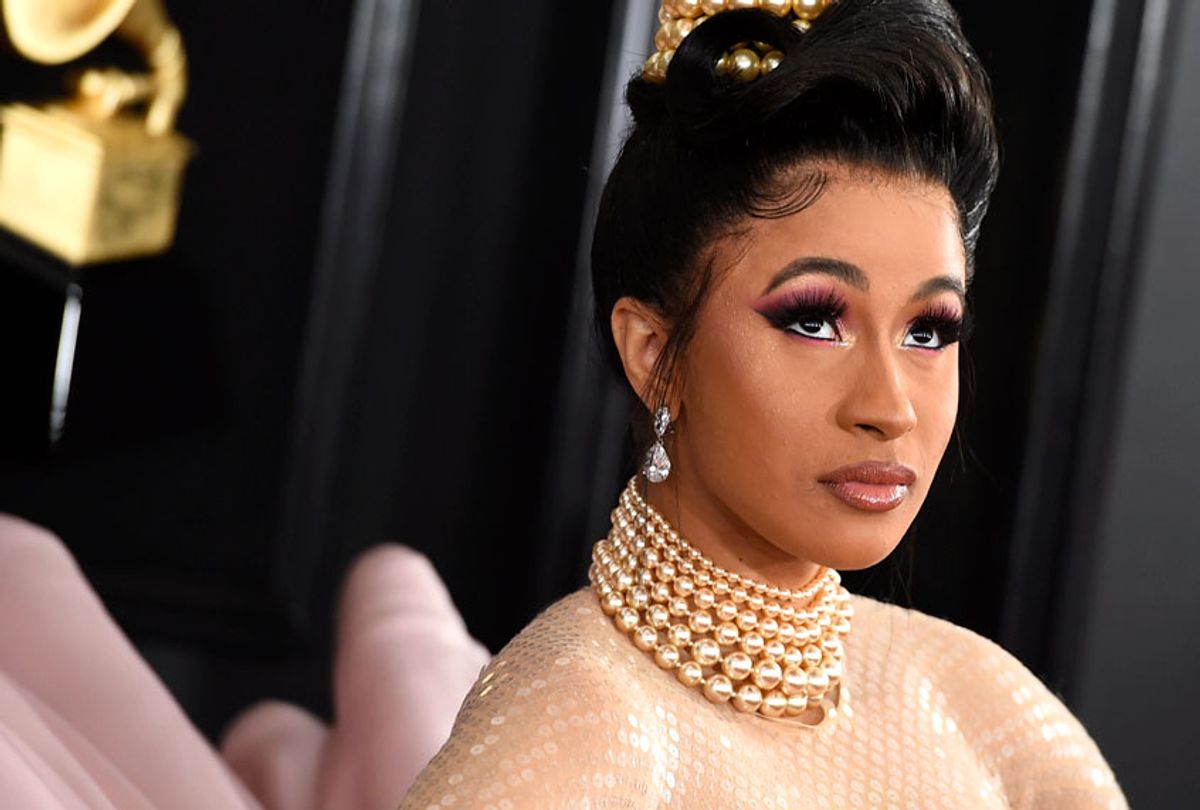 A three-year-old video of rapper Cardi B resurfaced on social media recently, which shows her explaining to the camera the lengths she went to survive when she was a younger aspiring musician. While Cardi's background as an exotic dancer is widely known and prominent in her music, the rapper also said at one point in her life that she resorted to covertly drugging men who sought her out for sex work in order to rob them. Cardi's heavy admission came as a response to critics who claim she doesn't deserve her current fame.

Bronx native Cardi (born Belcalis Almanzar) appears highly emotional in the video as she lists off what sound like painful and traumatic memories. "Nothing was motherf**king handed to me," an impassioned Cardi said, adding that anyone insinuating that she hasn't earned her success has no grasp of "the sh*t that I had to do to survive."

Social media erupted with outrage after her admission, and the hashtag #SurvivingCardiB made the rounds, referencing the Lifetime docuseries about R. Kelly's decades of alleged predation of underage girls. Many men piled onto the hashtag and demanded that Cardi be "cancelled" and face professional consequences for her actions, labeling any refusal to do so a hypocritical "double standard" in light of the #MeToo movement. Memes also circulated comparing Cardi to Bill Cosby, who was convicted of drugging and raping one woman and who has been accused of doing so to more than 60 others over many decades.

On Tuesday, the rapper confirmed that the video was real and posted a message to her social media accounts to take accountability and to offer more context. "So I'm seeing on social media that a live I did 3 years ago has popped back up. A live where I talked about things I had to do in my past right or wrong that I felt I needed to do to make a living," Cardi wrote. "I never claim to be perfect or come from a perfect world wit a perfect past I always speak my truth I always own my sh*t."

But Cardi explained that she has consciously chosen not to romanticize the most egregious and harmful wrongdoings from her past. "I'm not proud of it and feel a responsibility not to glorify it," she added. "I made the choices I did at the time because I had very limited options. I was blessed to have been able to rise from that but so many women have not."

She also claimed that the men she referred to in the video in question were men that she dated and who were "conscious willing and aware."

Cardi's situation could not differ more from Cosby's, R. Kelly's, or any of the alleged abusers she is being compared to; rather, the ire directed at Cardi represents a different double standard in action. Unlike Kelly, Cosby and the many problematic powerful men who have fueled the mainstreaming of the #MeToo movement, Cardi's transgressions didn't happen after she became famous, wealthy and influential — thereby abusing that privilege and power — but when she was struggling to survive. That doesn't excuse her actions, of course, but it is a crucial difference to note when trying to compare past misdeeds.

Cardi's commitment to taking responsibility also sets her apart from the aforementioned men and from nearly every high-profile example of called-out abuse. She isn't denying she has erred or caused harm. From the beginning, she has owned up to her past, no matter how painful.

Hip hop is built on storytelling, including grim tales of survival and of the structural violence that forces many people into vulnerable professions and illegal hustles out of desperation. These realities are not unique to rappers, either, but rather reflective of low-income, under-resourced and yet heavily policed and incarcerated predominantly black and Latinx communities in general. The stories of hip hop, and the real lives behind them, have always revealed more about the inequity of our society than about individual choices.

When your basic needs aren't being met — secure and safe housing, for example, along with food security and the basic financial means to pay fundamental bills — people are forced to make decisions in the absence of decent choices and resources in order to live. That America is the richest country in the world and the tools required to survive in it are not universally available to its people should be a crime, too.

And yet still, Cardi says, she refuses to glorify this past, as many of her male peers do. While her claim that the men she drugged and robbed were willing partners is dubious and thus very problematic, that she declines to profit from those experiences through her music is significant, and shows that at least now she has a more nuanced understanding of consent.

It's also important that Cardi highlighted that while she was able to rise from an economic situation that had her committing crimes of survival, many women are not as fortunate. America's jails and prisons are filled with women who are guilty of simply trying to survive. "Women often become involved with the justice system as a result of efforts to cope with life challenges such as poverty, unemployment, and significant physical or behavioral health struggles," a survey on women in jails conducted by the Vera Institute of Justice concluded. Two-thirds of the women in jail are women of color, and the majority of that population is also low-income. In our nation's failure to address inequity that victimizes women of color from multiple intersections, women have become the fastest-growing prison population, outpacing men by more than 50 percent.

None of this dismisses or minimizes the harm Cardi inflicted on men in her past, or the trauma they may now live with. But much of the outrage at Cardi is clearly being leveled in bad faith, as an attempt to delegitimize feminism and the #MeToo movement — or in a kneejerk defense of disgraced male celebrities — rather than in solidarity with victims of abuse.

Critics of cancel culture and #MeToo have long called for nuance when assessing celebrity transgressions and contrition. The controversy around Cardi B would be a great place for them to start deploying it.