Bernie Sanders supports Joe Biden's accuser: We need to "change the culture of this country" 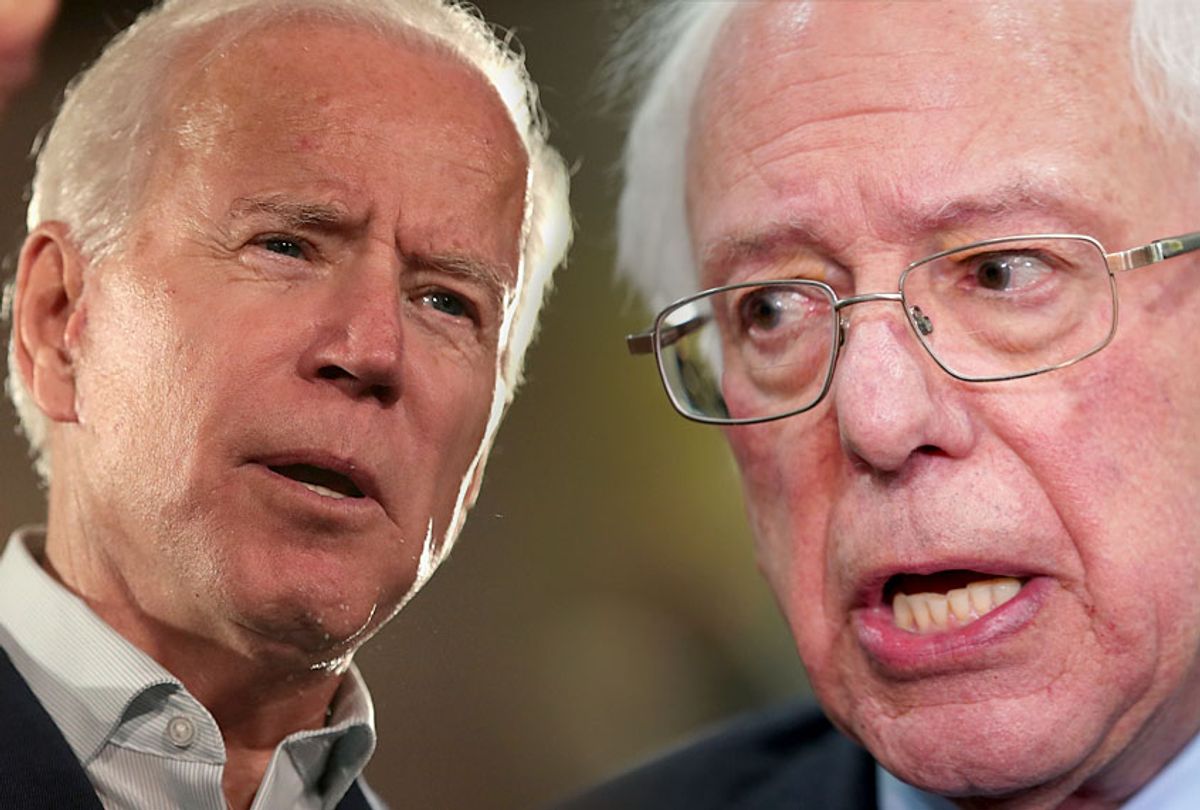 "I have no reason not to believe Lucy," Sanders told "Face the Nation" when asked about the accusation by former Nevada assemblywoman Lucy Flores. "And I think what this speaks to is the need to fundamentally change the culture of this country and to create environments where women feel comfortable and feel safe. And that's something we've got to do."

When asked if he thought Biden should refrain from running for president in 2020 because of Flores' accusations, Sanders demurred from saying that it was disqualifying.

"Well, I think that's a decision for the vice president to make. I'm not sure that one incident alone disqualifies anybody," Sanders explained. He added, however, that Flores' "point is absolutely right: This is an issue just not that Democrats or Republicans, the entire country has got to take seriously. It is not acceptable that when a woman goes to work or is in any kind of environment, that she feels anything less than comfortable and safe. And this is an issue the entire country has got to work on."

When asked about reports that his 2016 presidential campaign had a major sexual harassment problem, Sanders declared that "we have established the strongest protocols to prevent this from happening of any campaign in history."

Although Sanders qualified his assessment of Biden's potential candidacy by saying that he wasn't sure if the former vice president should be ruled out based on "one incident alone," the vice president has a history of getting handsy with women. In her essay for The Cut, Flores described how when Biden appeared in Nevada to support her while she ran for lieutenant governor, she felt him touch her shoulders.

"I felt him get closer to me from behind. He leaned further in and inhaled my hair," Flores wrote. "I was mortified. I thought to myself, “I didn’t wash my hair today and the vice-president of the United States is smelling it. And also, what in the actual fuck? Why is the vice-president of the United States smelling my hair?” He proceeded to plant a big slow kiss on the back of my head. My brain couldn’t process what was happening. I was embarrassed. I was shocked. I was confused. There is a Spanish saying, 'tragame tierra,' it means, “earth, swallow me whole.” I couldn’t move and I couldn’t say anything. I wanted nothing more than to get Biden away from me. My name was called and I was never happier to get on stage in front of an audience."

Henry Muñoz, co-founder of Latino Victory Project, released a statement after Flores' story saying that "I have thoroughly reviewed photographic documentation from the event, and spoken to nearly every principle in attendance, as well as staff associated with the event. To the best of our recollection, at no time were Lucy Flores and Vice President Biden alone."

Biden himself, meanwhile, has issued a statement defending himself while simultaneously expressing support for women.

"In my many years on the campaign trial and in public life, I have offered countless handshakes, hugs, expressions of affection, support and comfort," Biden explained. "And not once — never — did I believe I acted inappropriately. If it is suggested that I did so, I will listen respectfully. But it was never my intention."

He added that he "may not recall these moments the same way, and I may be surprised by what I hear. But we have arrived at an important time when women feel they can and should relate their experiences, and men should pay attention. And I will."