"Don't worry, I got some hits in, too. I'm still the gay Tupac," said Chris Redd as a haggard-looking Smollett 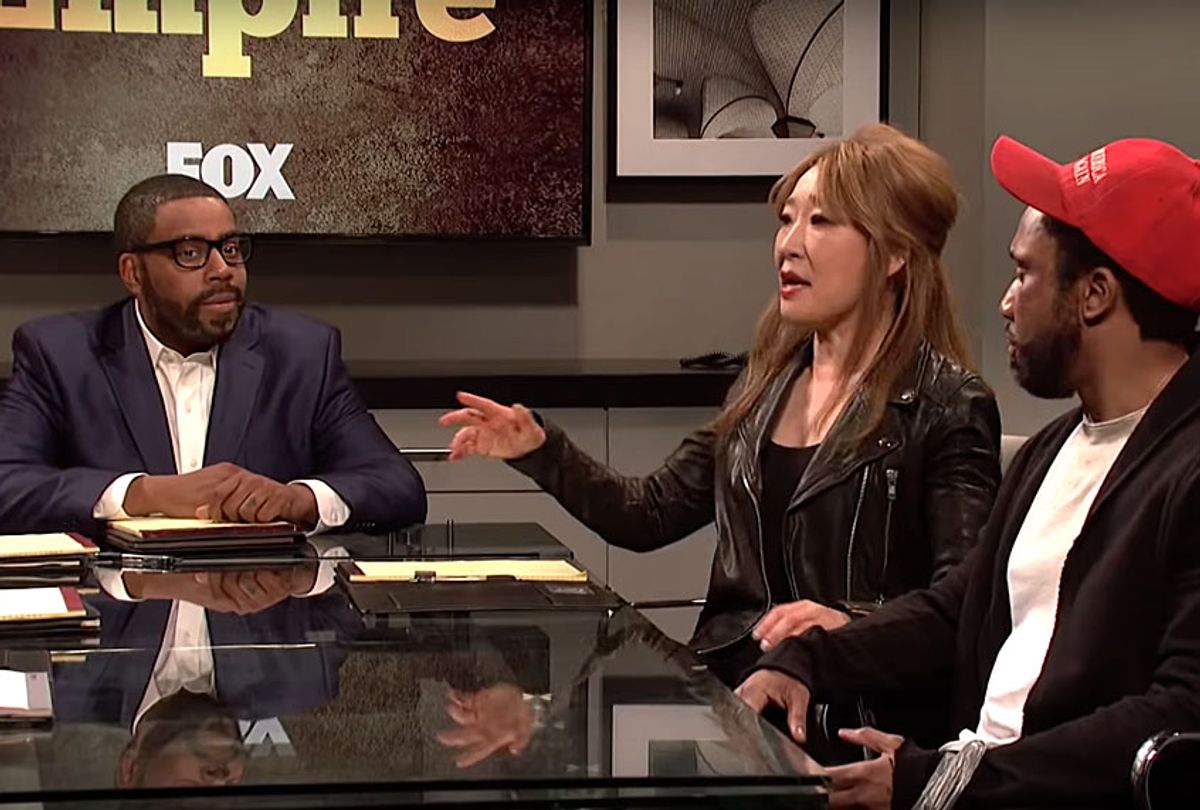 Jussie Smollett was doubly skewered Saturday night, first by comedian Chris Rock at the NAACP Image Awards, and second by a brutal sketch on “Saturday Night Live.” The actor recently made headlines again when Chicago PD announced all charges had been dropped against him after he alleged two men attacked him in a potential hate crime.

In a short scene tucked inside Weekend Update, the NBC sketch series turned a meeting of “Empire” executives into an absolute Smollett roast. The episode was hosted “Killing Eve” star Sandra Oh, and the Emmy winner was tightly wound as Smollett’s manager. She played off Chris Redd as a beleaguered-looking Smollett, Kenan Thompson as Lee Daniels, and Kate McKinnon’s Ego Nwodim and Mikey Day as Fox executives.

The sketch begins with the Fox executives attempting to fire him from “Empire,” when Smollett and his manager make their case. When he is late to the meeting, however, he claims he was attacked. This time, he brings a “bag of clues” in the form of a grey trash bag. He then proceeds to whip out a box of Crest White Strips, three letter K’s, and “the gay Teletubby.”

Aside from the more obvious jokes, Smollett’s asides about being tough are more subtle. At one point he tells his manager, “Don’t worry, I got some hits in, too. I’m still the gay Tupac.” Later he switches it up, calling himself “the gay Mike Tyson.”

Meanwhile, across the country at the 50th annual NAACP Image Awards in Los Angeles, Chris Rock was getting some hits in of his own. Although he was told no Smollett jokes by the producers of the show, Rock told the crowd he couldn’t help himself.

“What a waste of light skin,” Rock said. “You know what I could do with that light skin? That curly hair? My career would be out of here. I’d be fucking running Hollywood.