Trump and Bill Barr thought they'd put the Russia scandal behind them: They haven't 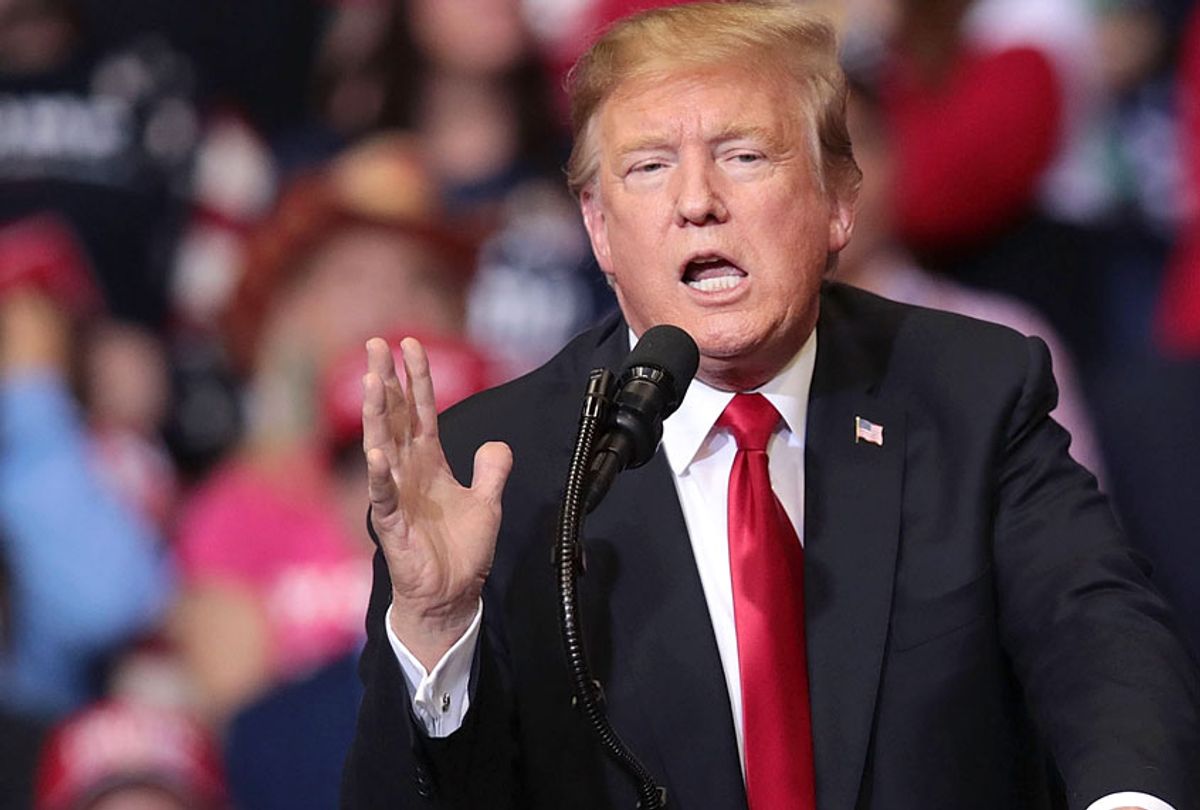 It's been a week since Attorney General William Barr released his four-page letter with a summation of Robert Mueller's conclusions, along with his own. As most of us noted at the time, Barr's letter raised more questions than it answered, leading to more demands that the full report be released to the public. Nonetheless, President Trump and his Republican supporters have been robotically declaring nonstop that he has been totally exonerated, and many in the media jumped the gun to help them do it. They obviously hope to set a narrative that will put skeptics in the position of having to overturn it, which is often a difficult task.

As Salon reported last week, Princeton historian Julian Zelizer noted the parallels in this strategy with that deployed by the Republicans during the Florida election recount in 2000. Zelizer astutely noted that they instantly declared victory before the results were in, exploiting pack journalism's tendency to overreact to dramatic events.

Republicans count on the national media to quickly repeat their conclusion. ... That allowed Republicans to insist Bush had won, even after legal challenges to restrictive Florida voting laws and paid GOP protesters pressured officials in Miami-Dade County to halt their recount. When serious concerns emerge about the results, Republicans stand by the initial declaration of victory. Meanwhile, [they] charge that Democrats are being "sore losers" by asking legitimate questions about what is going on. The GOP then tries to force an ending to the controversy by running out the clock.

This past week showed that strategy working pretty well at first and then starting to lose strength as the Democrats fought back and the media began to look more closely at what they actually knew. The pressure grew enough that Barr felt the need to release another letter late in the week attempting some damage control.

He has now promised to release the whole Mueller report by April 15, minus necessary redactions -- which he defined in an unusually broad way, including concerns about reputational harm to "peripheral characters," which leaves everyone wondering how he would define such people. There is a very good chance that this coming release will not be the end of the story.

We now have seen half a dozen public opinion polls released that were taken after the Barr letter was released. Contrary to Republicans' hopes, these events haven't moved the dial in the president's favor. Trump's approval rating in the poll of polls at 538   sits at 42.1 percent, right about where he's been since he took office. If there's a bump it's hardly discernible.

The emerging conventional wisdom is that the public has simply retreated to its usual partisan corners, with one side convinced that Trump is innocent of all wrongdoing and the other side convinced that he's a Russian agent, regardless of the facts. But that's not really accurate.

It's certainly true that most of the polling shows that Republicans are still convinced of Trump's innocence. They always were. What's different for them is that they now see Mueller in a positive light, whereas before they believed he was conducting a witch hunt. In that, they are following their president. He hasn't said he was wrong about Mueller, of course. He doesn't admit that he was ever wrong about anything. Instead, he's claiming that Democrats now hate Bob Mueller.  At his rally in Grand Rapids, Michigan last week he declared, "Robert Mueller was a god to the Democrats until he said there was no collusion. This fraud is exposed." His crowd was naturally confused and booed before they realized what he was saying. Trump seems confused about that as well.

Democrats have not changed their minds on Mueller.  Perhaps they will eventually, but so far they seem to be willing to accept Mueller's findings on Trump's alleged criminal conduct.  They aren't too happy with William Barr, however. According to the HuffPost/YouGov poll, GOP voters love him, giving him a 53-point approval rating, while the Democrats disapprove by a 50-point margin.

Democrats, on the other hand, are unconvinced by the evidence Barr produced for good reason. It did not exonerate the president and was delivered in such a way as to raise questions about whether or not Trump was really cleared. No one can be expected to take that at face value.  After all, they know what they've seen with their own eyes -- a president acting in such a dishonest and unethical manner that it's hard to make any sense of it. Trump's response to Russian election interference is just one example of his bizarre behavior and there has been no oversight of the administration for two years. Maintaining skepticism is the only sane response, particularly in light of this sort of comment from the White House:

There is bipartisan agreement about one thing. According to the Washington Post-Schar School poll, 83 percent want the full report released. Other major polls report numbers from 75 to 84 percent saying the same thing. I would guess that this was not what Barr and the White House expected or intended. Certainly they would have at least expected Trump's loyal 42 percent to say they were willing to take Barr's word for it.

But those people didn't, and the only way to dissuade them from wanting it would be to discredit Mueller's findings. Trump and company can't do that since they're now relying on his report to clear the president. It's a bind they didn't anticipate when they launched the "Florida recount" strategy. Now they're stuck waiting once again for the report, and they still don't really know whether they've put this scandal behind them.

I hate to be the bearer of bad news, but even if this one is over, Trump has scandals lined up all the way to November of 2020. This isn't the end. It's the beginning.